Zarouhi Mikaelian
‘Harry Potter’ Star Making a New Name for Himself as an MMA Fighter October 4, 2018 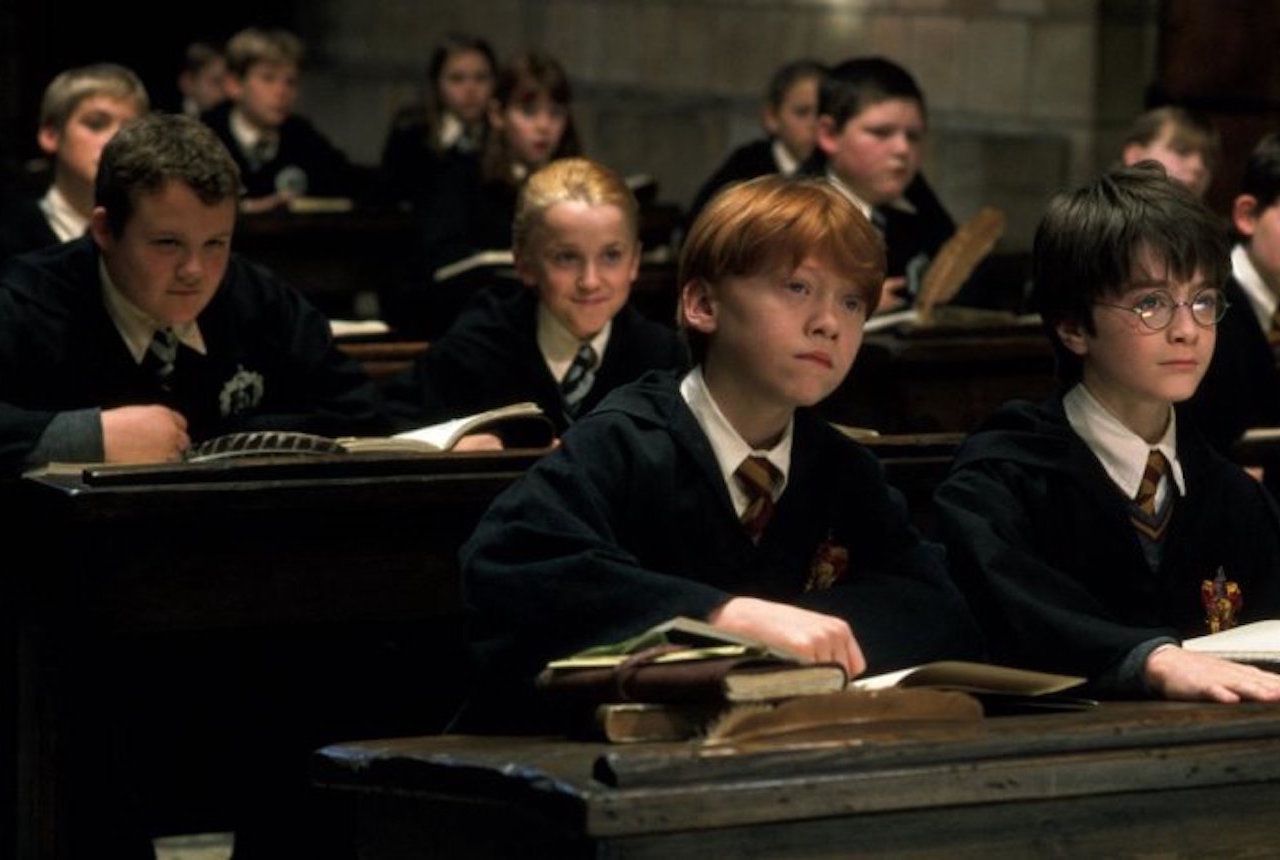 The Harry Potter films made stars out of some of the series' young actors, but one former child actor with Hogwarts roots has traded his wand in for MMA gloves.

Have You Heard of These Books?

For a series read and watched by children the world over, the Harry Potter books and movies sure feature a lot of fighting — fighting trolls, crushing Death Eaters, doing battle with faceless monster men. In fact, author J.K. Rowling invented the rough wizard sport Quidditch after a fight with her then-boyfriend.

"I don't really know what the connection is between the row and Quidditch except that Quidditch is quite a violent game and maybe in my deepest, darkest soul I would quite like to see him hit by a bludger," she said in 2003. While many of the young actors cast as Hogwarts students in the films continue to act, one has taken the fighting theme to the extreme as an MMA fighter.

Rowling's magical tale has been translated into 68 languages, with her Harry Potter books combining to sell more than 400 million copies worldwide. The eight films made out of the seven original books have grossed more than $7.7 billion, launching the careers of the young actors who portrayed the wizards and witches at Hogwarts tasked with finding time to study between efforts to save the wizarding world.

They Made Movies Out of the Books

Daniel Radcliffe, who portrayed the series' titular character, continues to act on the big screen and onstage, garnering various awards and nominations. His performance in the Broadway show "How to Succeed in Business Without Really Trying" landed him Drama Desk Award, Drama League Award, and Outer Critics Circle Award nods, as well as a Grammy nomination for best musical theater album, shared with John Larroquette, Robert Sher, and Frank Loesser.

Actors Played the Characters From the Books

Emma Watson auditioned eight times before finally landing the role of Hermione Granger in the Potter films. Her turn as the precocious member of the film's trio of best friends propelled her too to stardom. She's claimed awards for her performances in films like "My Week with Marilyn," "The Perks of Being a Wallflower," and 2017's "Beauty and the Beast."

Some of the Actors Are Famous Now

Harry's other best friend, Ron Weasley, came to life via Rupert Grint, who's since been featured in a number of films, such as "CBGB" and "Moonwalkers." He's starring in and serving as an executive producer for the television series "Snatch," based on the Guy Ritchie film of the same name.

Others Are Not as Famous but Still Pretty Good

Tom Felton has flourished despite his portrayal of the particularly loathsome Draco Malfoy. He's had perhaps the most active post-Potter acting career among the series' youngsters, starring alongside James Franco in the 2011 film "The Rise of the Planet of the Apes" and playing Doctor Alchemy in the television series "The Flash."

The Whole Cast Is Grownups Now

But unlike Radcliffe, Watson, Grint, and Felton, one star has shifted his focus from acting to fighting. After landing his part in the Potter series at age 13, one young actor went from playing one of Malfoy's thugs to actually beating the crap out of people for the enjoyment of others.

Almost two decades before the first "Harry Potter" book was published, Martin Herdman was terrorizing opponents on the rugby pitch as a second-row forward for Fulham RLFC and the Welsh national team. Prior to his rugby career's start in 1981, he was an amateur boxing champion who went pro.

What Does This Have to Do With Harry Potter?

Once injuries ended his rugby career, Herdman spun his notoriety, physicality, and passion for acting into a career as a thespian, often portraying brutes. In 1987, Herdman had a son who'd go on to follow in his footsteps both as a bruising athlete and as an actor, but in reverse order.

Now Do You See the Connection?

Josh Herdman played Gregory Goyle, who, with Vincent Crabbe, served as Malfoy's primary lackeys. But the actor's early success led to some habits Herdman would come to regret. "If I'm honest I was a party animal, I was, like many young people are," he said. After a period of excess, however, he got back onto his feet — and onto the mat.

He Quit Smoking and Hasn't Looked Back

"I had enough of it so I decided I was going to get fit and I knew I needed something to focus on and martial arts did change my life," said Herdman, who landed his big role at the age of 13. "You need a discipline, you need a tenacity, you need drive to keep at it. ... I quit smoking and I haven’t looked back."

Of course, mixed martial arts is an easier sport to pick up when you've got a dad with a history of messing dudes up. "My dad was a professional boxer, so he taught us how to punch from a young age," Herdman told Vice. "I'm confident with my punching and my boxing, but I think I'm strongest on the ground."

He Chose MMA Because He Loves the Sport

While he appreciates boxing, his dad's former sport wasn't for him. "I chose MMA because I love the sport. It's raw, exciting, and unpredictable," Herdman said, according to BBC. "I find it more interesting than boxing although I appreciate the beauty and art in boxing. It also made sense to move onto MMA because of my jujitsu training. I would like a few amateur fights first to get me started and where it goes from there, who knows?"

Now He Likes to Fight Without Wands

Herdman made his MMA debut at Rise of Champions 2 in London on April 23, 2016, defeating fellow amateur Janusz Walachowski on points at a catchweight of 176 pounds after rounds of 29-28, 29-28, and 29-28. "It made sense to move into MMA. I got my black belt in Japanese jujitsu. I just wanted to fight, you know?" he said a week after the win.

There's Blood on His Face in This Picture

He continued: "It just turned into a scrappy punch-up by the end of it. But it was still quite entertaining to watch, I think." On February 17, 2018, the 30-year-old fought Samuel Ridley at Rise of Champions 5, earning a split-decision victory to improve Herdman's amateur record to 2-0.

Though he's found success on the mat, Herdman hasn't given up on acting. "I haven't fallen out of love with it, I still have an agent and still go for auditions," he said. "It's just a little bit like playing the lottery for a living. ... I don't see it so much as a career change, I am passionate about both acting and fighting."

He Wants to Make a Movie About the Punching Now

Now, Herdman is combining both interests; he'll star in the upcoming film "Cagefighter," directed by Jesse Quinones. "The script had me hooked instantly. The story, characters and dialogue are all on point," he told The Sun. "To get the lead in a movie about one of my passions is a dream come true."

Still Working As an Actor

While Herdman is still working as an actor, his career in movies and television wouldn't hold him back from going pro in MMA if "the UFC came calling and matched [him] appropriately." "Probably, yes, to be honest. I would [take a UFC fight]," he told MMA Fighting. "Like I said, I want to have a few amateur fights and see how it goes. It's not something I've ruled out."