What Happens When You Get a Haircut From the Barber With the Worst Online Reviews?

Camila Villafane
What Happens When You Get a Haircut From the Barber With the Worst Online Reviews? April 8, 2019 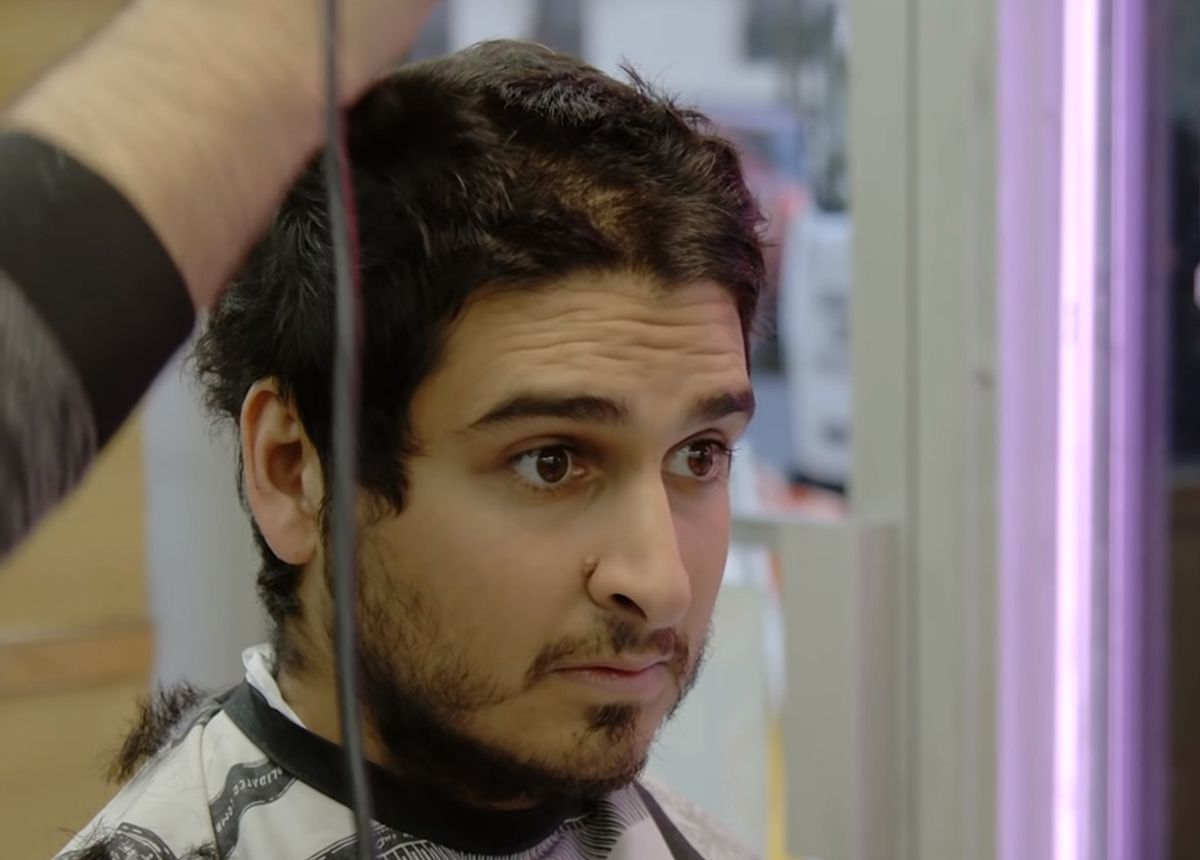 Would you ever patronizing a local business with some of Yelp’s worst ratings? Certainly not. And neither would we. But one guy took a risk went to Alex the barber. And Alex had one of the lowest rating of all the barbers in New York City...

Most guys don’t take enough time to pamper themselves, but Taji was in desperate need of a haircut. His eyebrows and beard definitely needed some TLC too. But instead of going to a total pro, he went looking for help in the most unusual place ever.

Taji hadn’t had a haircut in three months, so his hair and beard had become quite unruly. He claimed his eyebrows were growing a little crazy too. So he needed to get everything done.

Before Taji went to Alex Barber, a father/son barbershop in New York, he read the shop’s online reviews. One of the comments stated they had shaved a little boy’s entire hair off when all the parent wanted was a standard cut. And it only got worse from there.

One reviewer claimed that the owner of the barbershop had seen her come in with the stroller, but didn’t offer her any help at the stairs. To make things worse, he was also pretty rude. So Taji wasn’t sure what to expect.

Let’s Take It Outside

Another reviewer claimed the barber had some unresolved anger issues too, getting in his face and threatening to fight him for not giving him a tip. Review likes these would make anyone think twice about getting their hair done in that place. But why didn’t any of these red flags scare Taji?

The Reviews Are In

The number of bad reviews were staggering, to say the least. One customer warned that the barber doesn't really care about what his customers want, and he doesn't listen. So there was no guarantee Taji was going to come out with a decent new hairdo.

The reviews suggested that both the owner and his son were equally horrible at their jobs. But Taji needed to see it first-hand, so he went in and put their seemingly awful skills to the test. But he couldn’t make an appointment, so he had no idea who he would get.

Alex, the barber, pointed to a poster on the wall with samples of men’s haircuts and recommended No. 30. But Taji didn’t want a kid’s haircut, so he picked No. 20 instead. With the look locked in, he was ready for his transformation.

Taji looked a little scared and had every right to be. After all, Alex wasn’t known for his great service. In fact, it was one of Yelp’s worst-rated barbershops. But would Taji be writing a five-star review or a one-star review?

One of the Worst?

Some customers claimed the barbers had engaged in threatening behavior, while others accused the shop of scamming clients by charging hidden costs and not working well with kids. Had Taji messed up by going to this place?

As Alex shaved Taji’s hair, a previous customer stopped by the storefront, removed his beanie hat and showed off his haircut. He seemed satisfied and even gave the barber a thumbs up. But would Taji do the same?

Do You Do Designs?

Hair designs are very popular. So Taji was tempted to take his haircut to the next level. He asked the barber if he did any. Much to his surprise, the barber said he could do a V and a Z shape in the back using the razor. But which one would he choose for Taji?

Alex told Taji that he considered himself a “doctor” of grooming. But Taji was hoping he wouldn’t need a real doctor when the barber started using a blade to shave the back of his neck. After all, this place did get a ton of negative reviews for a reason, right?

Scrapes are not uncommon when shaving with a blade, so it’s probably a good thing that Alex uses a different blade for every customer every day. But he does more than cut hair...

Jack of All Trades

Taji noticed that Alex also provided shoe repair and cleaner services. Meanwhile, everything was going OK. But when it came time to trim his beard, Taji’s head hurt.

Taji started to experience pain because the antique headrest was digging into the back of his head. So he needed a second to rest before continuing. Then he asked Alex the tough question.

Taji summoned up the courage to ask about the reviews that claimed the barbershop charged extra for the use of scissors. He also mentioned that some of his clients were saying that Alex and his son were mean. But Alex shut him down and told him to stop talking.

Alex wasn’t being rude. He just had to shave Taji’s beard and couldn’t do that effectively if his customer’s Adam’s apple was going up and down when he talked.

Alex wrapped Taji’s face with a blue towel and began cracking his neck. It looked rough, and the headrest became an issue again. But all in all, Taji seemed satisfied with the massage.

Then Taji picked up his previous line of questioning where he left off. He asked Alex if he’d had any annoying customers. Alex simply said no. But he had a theory that maybe people were grumpy because they skipped breakfast or lunch.

Worried About His Brows

As Alex shaved Taji’s brows, he told him that if he had been using sheers, he’d wind up cutting the skin. But Taji was determined to make it out of there with his skin and his brows intact. Would he?

After Alex was done, he showed Taji what the back of his head looked like with a “V” shape. Taji was stunned. But for good reasons. Overall, he seemed pretty satisfied with the results.

On the Photo Board

Taji took a photo with Alex, who posted the photo on the photo board in his shop. Then it was time for the two men to go their separate ways so Taji could write his review.

Not So Bad After All

Despite the uncomfortable headrest, Alex’s dedication to his customer and attention to detail impressed Taji, and he doesn’t regret the experience. So it looks like things might be looking up for one of Yelp’s worst-rated barbers after all.