Historical Figures Compared to the Celebrities Who Played Them

Camila Villafane
Historical Figures Compared to the Celebrities Who Played Them August 11, 2020Leave a comment 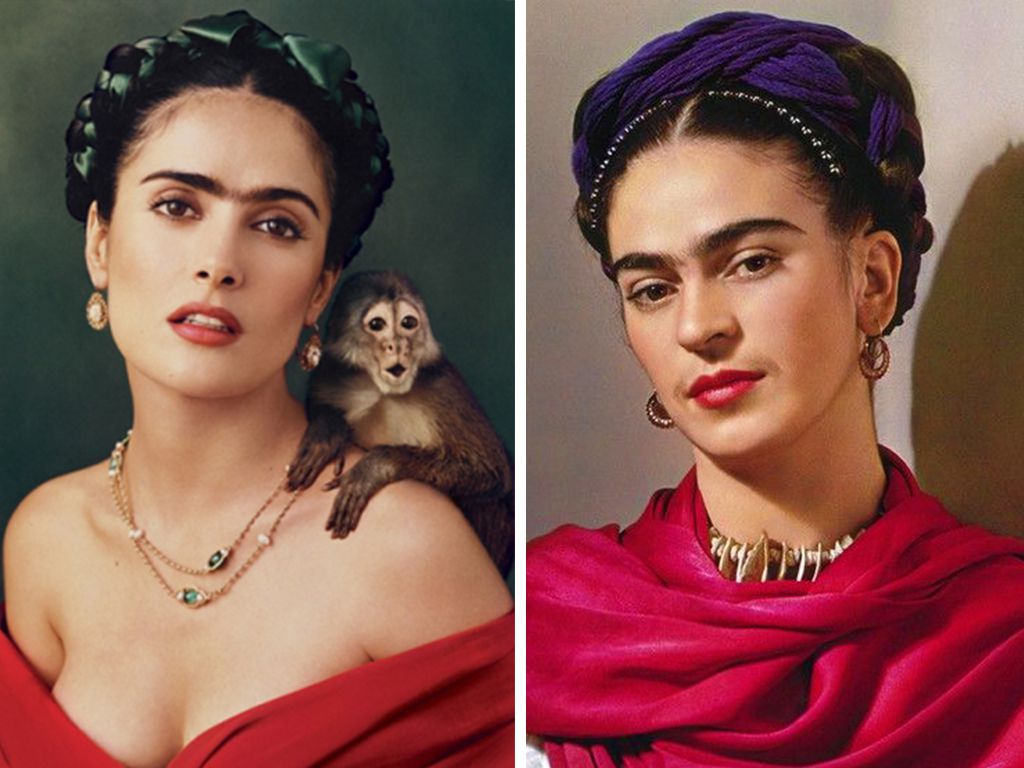 Imagine being so famous that Hollywood made a movie about you. Well these historical figures were so iconic that casting directors picked actors that closely resembled them to play them in a movie.

But while some actors were practically these people’s clones, others will have you shaking your head in disbelief. Some of these actors were the spitting image of the people they portrayed and others don't even come close.

Helen Mirren and Catherine the Great

Dame Helen Mirren did a great job playing the role of one of history’s most iconic queens in HBO’s “Catherine the Great.” From the crown to the hair, and from the fierceness in her eyes to her majestic outfits, Mirren was a royal hit.

Zac Efron took fans down a creepy dark path when he took on the role of infamous serial killer Ted Bundy in Netflix’s “Extremely Wicked, Shockingly Evil and Vile.” Efron mimicked Bundy’s charm, good looks and cold-hearted eyes to the T in the controversial film.

Idris Elba took on the role of former South African President, Nelson Mandela in the 2013 film “Mandela: Long Walk to Freedom.” Elba didn’t look exactly like the Nobel Peace Prize winner and human rights advocate but his performance did justice to the iconic historical figure.

Emma Stone gained 15 pounds of muscles to play Billie Jean King, a legendary tennis star in the film “Battle of the Sexes.” Stone’s hair, glasses and mannerisms on and off the tennis court made King proud. The actress also told Marie Claire that "playing Billie Jean was a bit of a game changer."

Renée Zellweger portrayed actress Judy Garland (the actress who played Dorothy in “The Wizard of Oz”) in the film “Judy.”  Zellweger’s look was perfect from her dress to mannerisms and even the hair. No wonder she earned a Golden Globe for Best Actress in a Drama Motion Picture.

Natalie Portman played Jackie Kennedy in the film “Jackie.” Not only did she look like the iconic figure’s twin in that beautiful pink hat and coat, but she took audiences on an emotional roller coaster while portraying what Kennedy went through after her husband’s tragic death.

Will Smith and Muhammad Ali

Will Smith took a break from living it up in Bel Air or saving the world from an alien invasion to take on a more serious role as boxing legend Muhammad Ali in the 2001 film, “Ali.” To portray the boxer, Smith had to pack on some muscles and get in shape.

Christian Bale played Ken Miles, a race car driver who was a total daredevil as he tried to take on Enzo Ferrari’s racing team in the film “Ford v. Ferrari.” From the short hair to the cool shades and pouty lips, Bale looked like he was born to play Miles.

Tom Hanks went a whole lot grayer to take on the role of Sully Sullenberger, a retired American Air Force fighter pilot and airline captain, who made an emergency landing on the Hudson River after his plane got hit by birds in the film “Sully: Miracle on the Hudson.”

Taron Egerton did a marvelous job in “Rocketman,” a biopic about Sir Elton John as he rose to fame. From glasses to his flamboyant outfits, the actor truly dressed the part. Egerton earned his first Golden Globe for the film and even thanked the music legend in his acceptance speech.

Daniel Day-Lewis played Abraham Lincoln, the U.S. president who strived to end slavery and unite his people during the Civil War in the 2012 film “Lincoln.” Day-Lewis is of course a lot younger than his historic counterpart but the makeup department did an amazing job making him look the part.

Selma Blair did the impossible when she played Kris Jenner in “The People V. O.J. Simpson: American Crime Story.” But her rendition wasn’t of Jenner as she is now. Blair was of course playing a version of her before her “Keeping Up with the Kardashians” days.

Adam Driver traded his lightsaber for an FBI badge and a suit to play FBI agent Daniel J. Jones in the film, “The Report.” Driver may not have been Jones’ clone but he did a marvelous job as the man who lead the investigation into the CIA’s use of torture in the wake of 9/11.

Octavia Spencer played Dorothy Vaughan, NASA’s first African-American manager. The historical figure was one of three major women portrayed in the film “Hidden Figures.” But while audiences were divided on whether Spencer looked like Vaughan or not, there was no question that the actress did a great job in the role.

Janelle Monae also starred in “Hidden Figures” playing Mary Jackson, an American mathematician and aerospace engineer at the National Advisory Committee for Aeronautics who lent her engineering skills to NASA. Monae was “honored” to play such a major historical figure.

During the third season of “The Crown,” actress Claire Foy stepped down from her role as Queen Elizabeth II and Olivia Colman stepped in. The change was a great call as the actress won a Golden Globe for Best Actress in a TV Drama. She looked the part too, from the queen’s facial features to her hairstyle.

Charlize Theron looked practically unrecognizable as herself, but looked remarkably similar to real life serial killer Aileen Wuornos in the 2003 biographical film “Monster.” With the help of prosthetics and her impressive acting skills, Theron’s performance gave us chills.

Helena Bonham Carter didn’t just have one, but two pairs of shoes to fill after Vanessa Kirby stepped down from playing Princess Margaret in season three of “The Crown.” But before Carter took the role, she consulted a psychic to get Princess Margaret’s blessing first.

James Franco played the role of Aron Ralston in the 2010 film “127 Hours.” Although Franco and Ralston don’t really resemble each other, the actor was able to flawlessly tell the story of how Ralston got trapped in a canyon after a boulder fell on his arm and what he did to survive.

Margot Robbie played Sharon Tate in Quentin Tarantino’s “Once Upon a Time in Hollywood.” Tate was not only an actress but a victim of the Manson murders of 1969. Robbie did such a great job that Tate’s sister, Debra Tate told Vanity Fair, “I actually got to see my sister again... nearly 50 years later.”

Jennifer Lawrence and Joy Mangano might not look alike, but the actress did a decent job playing the inventor of the Miracle Mop in the film “Joy.” The movie shows how Mangano rose against all odds as a divorced mom of two to create a successful business empire.

Joey King played Gypsy Rose Blanchard, a young woman placed behind bars for murdering her abusive mother in the film, “The Act.” King brought the character to life, but while the real-life Blanchard approved of the actress, she was reportedly unhappy with the series, according to Cosmopolitan.

Tom Hanks nailed it when he played Mr. Rogers in “A Beautiful Day in the Neighborhood.” Audiences took one look at Hanks and knew that he was born to play Fred Rogers. All it took to convince audiences was for Hanks to put on the red sweater and flash that kind-hearted smile that both men shared.

Hailee Steinfeld played Emily Dickinson, one of America’s greatest poets in the Apple TV’s series, “Dickinson.” Steinfeld took acting to a new level when she portrayed this prominent woman’s unconventional life. She was practically her spitting image, too.

Jared Harris played Soviet chemist Valery Legasov in the HBO miniseries, “Chernobyl.” From the glasses to the stern face and business suit, Harris looked like the perfect double of the man who was responsible for cleaning up the real-life nuclear disaster.