Where Are They Now? The Cast of ‘Hocus Pocus’

Kelly McInerney
Where Are They Now? The Cast of ‘Hocus Pocus’ October 21, 2019Leave a comment 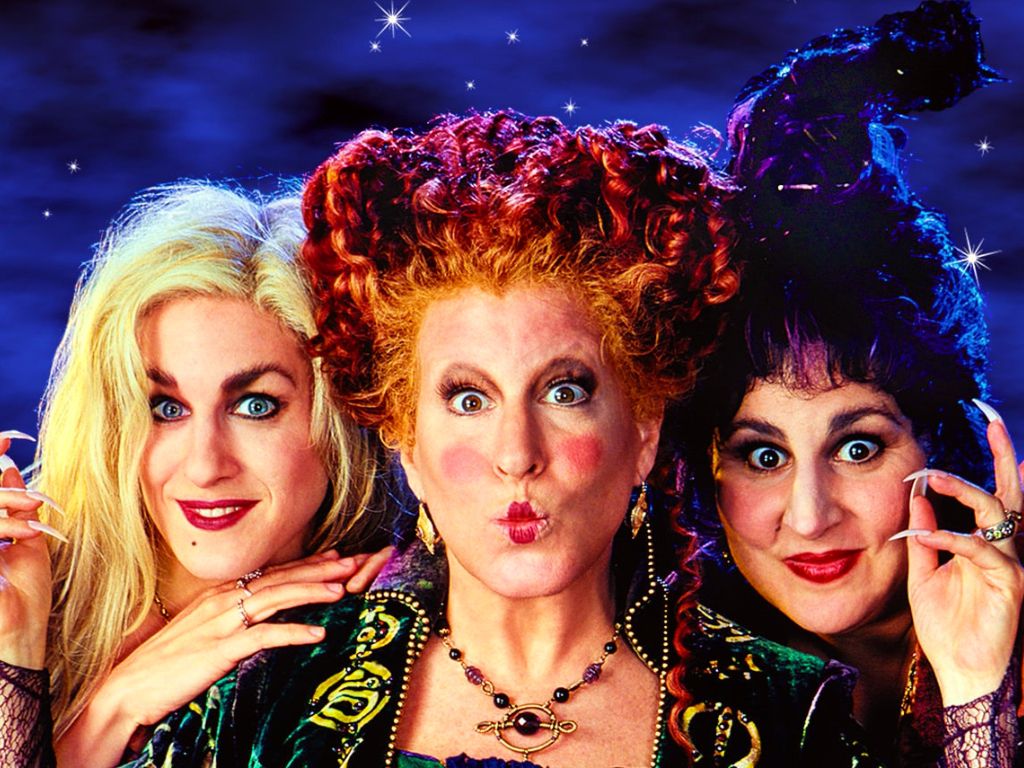 It is officially spooky season, which means its time to rewatch all of your favorite Halloween movies and shows. One of the best Halloween movies is the Disney classic "Hocus Pocus," which tells the story of a boy who accidentally raises three evil witch sisters from the dead and how he, his sister, and girlfriend must save the day. The movie came out in 1993 there was a 25th anniversary special last year on the Freeform channel, but in case you missed it, we're here to tell you where the cast is now...

After appearing in a few more television shows after "Hocus Pocus," Katz stepped away from the spotlight. He is now a hairdresser in Los Angeles. He did appear in the "Hocus Pocus" 25th Anniversary event last year to discuss the film and the overall filming experience.

Thora Birch played the precocious younger sister to Max, Dani. Birch was a very successful child actor at the time also appearing in "Now and Then," "Monkey Trouble," and the TV series "Parenthood."

Birch made the sometimes difficult transition from successful child actor to indie darling, appearing in films like "American Beauty" and "Ghost World." She took a break from acting but jumped back in during the past few years. Just this year she has appeared in an episode of "The Walking Dead."

Vinessa Shaw played Allison, the love interest of Max. Shaw appeared in a few television shows like "The Torklesons" and "Great Scott." "Hocus Pocus" was her second big movie after "Ladybugs" which was about a girls' soccer team.

After "Hocus Pocus," Shaw evolved from teen actor to full fledged Hollywood actor. She appeared in a variety of movies and shows. A few of her more recent roles were in the shows "Ray Donovan" and "Vegas." She is currently filming the movie "12 Mighty Orphans."

Bette Midler was still a huge star back when "Hocus Pocus" came out. She played Winifred Sanderson, one of the evil witches. Before "Hocus Pocus," she was an accomplished singer, songwriter and actress, having starred in movies like "Beaches" and "Down and Out in Beverly Hills."

Bette Midler is still one of the most legendary performers of our time. She has won four Grammy awards, four Golden Globes, one Tony and three Emmys throughout her storied career.

Sarah Jessica Parker was originally a child actor. She starred in several shows and movies in the 80's including the movie "Girls Just Want to Have Fun" and the show "Square Pegs." Her career continued to grow and grow through the years.

After "Hocus Pocus," Sarah Jessica Parker landed the starring role in "Sex in the City" which essentially skyrocketed her career. She has continued acting ever since and currently stars in HBO's show "Divorce" alongside Thomas Haden Church.

Kathy Najimy starred in "Hocus Pocus" at the beginning of her acting career. She had only acted in a handful of movies before "Hocus Pocus" including a scene-stealing role as Mary in "Sister Act" in 1992.

Since "Hocus Pocus," Najimy's acting career has continued to grow more and more. She does quite a lot of voiceover work in shows including "BoJack Horseman" and "American Dad!" She also appeared in the critically acclaimed HBO show "Veep."

Sean Murray played Thackery Binx in "Hocus Pocus" (at least in his human form, anyways). He starred in a few TV movies and landed a part in "This Boy's Life" before getting the role in "Hocus Pocus."

Since "Hocus Pocus," Murray has been acting quite a bit, but mostly in television. It wasn't until 2003 when he landed a longest starring role in the crime show "NCIS." He still stars on the show and even makes appearances on other "NCIS" spinoffs from time to time.

Did you know that the voice of Thackery Binx when he appeared in the film as a cat was done by a different actor than the live-action Thackery? His feline voice was done by actor Jason Marsden, who continues to keep the spirit of "Hocus Pocus" alive every year.

Since “Hocus Pocus,” Jason has gone on to do dozens of other voice acting roles, including Max Goof in “A Goofy Movie” and its sequel and Haku in “Spirited Away.” Now, he spends his time in Tennessee producing his own variety show, called the ‘Mars Variety Show.”

Doug Jones played our favorite lovable zombie, Billy Butcherson. He, similar to others on this list, had a handful of roles before landing the role of Billy. He even played a small role in the movie "Batman Returns" as a thin clown.

Since "Hocus Pocus," Jones has played a variety of spooky monsters and creatures throughout all of your favorite films. Most recently, Jones played the fish man in the Oscar winning film "The Shape of Water."

Larry Bagby and Tobias Jelinek, Then

These two played the bullies of the movie who end up getting what they deserve. After a few small roles in television shows, "Hocus Pocus" was Bagby's first movie, whereas it was Jelinek's first role ever.

Charles Rocket played the dad, or "Dad-cula," in Hocus Pocus. At the time, he was a moderately successful actor, acting in a variety of shows and movies— including a brief stint as a cast member on "Saturday Night Live" in the 80's and a role as the villain in "Dumb and Dumber" the year after "Hocus Pocus."

Rocket had a slew of roles in movies and television shows up until the early 2000's. He also showcased his musical talents by playing accordion on the B-52's album Mesopotamia. But sadly, Charles Rocket passed away in 2005 at the age of 56.

Stephanie Faracy had a similar career like Rocket. She was already a pretty successful actress by the time she got the role playing Max's mom in "Hocus Pocus." She mostly worked in television, on shows like "His & Hers" and "True Colors."

Since "Hocus Pocus," Faracy has continued to work hard throughout her acting career. Most recently she played pivotal roles in series like "How to Get Away with Murder," "Devious Maids" and "Sneaky Pete" which aired this year.

Garry Marshall essentially had a cameo appearance with his sister in "Hocus Pocus." He has been a legendary filmmaker and writer for decades. He created "Happy Days," "Mork and Mindy" and "Laverne and Shirley," which starred his sister, Penny. He also directed classics like "Pretty Woman" and "Beaches" (starring Bette Midler).

Unfortunately, Marshall passed away in 2016. He was 81 years old. Before passing, Marshall continued to churn out some great projects and the last film he wrote and directed was "Mother's Day," which premiere in 2016 and starred Jennifer Aniston and Kate Hudson.

Penny Marshall is the younger sister of Garry but she played his jealous wife in the movie. She was already pretty legendary, most notably known for her role as Laverne in "Laverne and Shirley."

Filmmaking may run in the Marshall genes. After acting throughout the years she took some steps into directing movies, too. She directed hits like "Big" and "A League of Their Own." She sadly passed away in 2018, but her last directorial film titled "Rodman" is set to premiere in 2020.