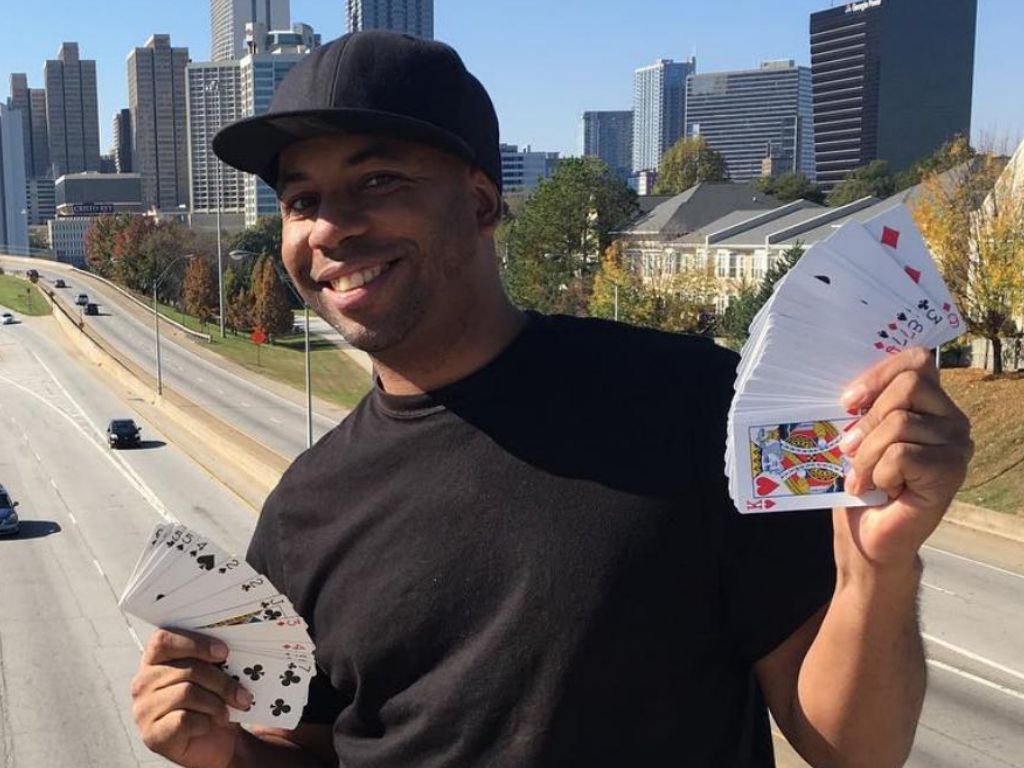 "A magician never reveals their secrets," the saying goes. But it's not always true. While most magicians won't explain their illusions, others dish on the specifics. Gere are the secrets behind some of the coolest magic tricks...

Here's one that you really shouldn't try at home. In the razor swallowing trick, the magician first removes three fresh razor blades from a packet and swallows one after another. Next, they swallow one end of a length of string, then pull the string out of their throat to reveal that the razor blades are threaded through the swallowed end of the string.

This is a dangerous trick even when you know it's secret, so we insist you don't try it at home. To avoid putting sharp blades in their mouth, the magician blunts their equipment before performing this trick. That way the magician won't cut their tongue to ribbons, but since they're still putting razors in their mouth, it's far from foolproof. A second step is required...

To perform the trick, the magician secrets three pre-prepared razors on a piece of thread within their mouth. This will hide in one cheek, and as they "swallow" each razor during the performance, they'll hide them in their other cheek. Then it's time to give the string a pull and reveal the pre-prepared second batch of razors that were hiding in their mouth all along.

The Trick: Money Tear and Repair

Here's a popular trick: A magician produces an ordinary dollar bill, then tears it in half. If the magician is feeling ambitious, they'll tear one half into additional pieces. The magician then folds the pieces together, rubs them a little, and folds out a pristine dollar bill. So how is this possible?

How It's Done: Money Tear and Repair

The trick involves two dollar bills held close together. They're also glued together at the edges on one side, creating a pocket. After the magician tears up half of one bill, they slip the pieces into the pocket while folding the remains. Using sleight-of-hand, they unravel the fresh bill while the pieces remain in the pocket. Holding tightly conceals the tear line on one side.

The Trick: Card on Glass

Ever seen a magician throw a deck of cards at a window to have a specific card stick to the inside of it? A common version involves the magician asking an volunteer to first pick a card, then failing to find it once it's been shuffled back into the deck. In frustration, the magician hurls the deck at a window, and the chosen card magically sticks to the other side of the glass.

How It's Done: Card on Glass

This trick needs a partner. They hide on the other side of the glass, watching for the card the participant picks. The assistant finds the same card in a deck they hold. While the audience watches the magician, the assistant sticks the duplicate card to the window. They look at the window only when the magician hurls the deck, so it seems like that's when the card appears.

Spoon bending, made popular by self-proclaimed psychic Yuri Gellar, involves channeling mental energy to warp and bend ordinary spoons. Gellar is protective of his trademark, once even suing The Pokemon Company because the character Kadabra shared Gellar's spoon-bending abilities. But that hasn't stopped other magicians from copying the trick...

How It's Done: Spoon Bending

The easiest way to accomplish this trick is to use a special spoon that bends when held. Sometimes these spoons react to heat and droop of their own accord. Others have a rubber hinge that allows them to sag when held. Either way, the magician uses sleight of hand to switch the spoon with a prebent copy. But that's not the only way to perform theistrick...

How It's Done: Advanced Spoon Bending

Some magicians prefer another version of the spoon-bending trick: With a pair of identical spoons, the magician passes one around the room to let everyone see it's real, then holds it carefully in front of another, bent spoon. By twisting the two spoons, it looks like a single spoon is curving. The magician pockets the original spoon, displaying the bent spoon alone.

A common street magic trick that doesn't involve much showmanship is levitation while sitting cross-legged in midair. Their only contact with the ground appears to be a large staff that can't possibly be supporting their weight. These magicians sit floating in midair for hours at a time, which looks like an incredible feat to the uninitiated...

How It's Done: Levitation

These magicians are actually sitting on a sturdy chair hidden under their clothes. The chair is anchored to the floor through the staff, and a metal contraption snakes through the magician's sleeve so the seat's connection to the staff is invisible. This clever trick has nothing to do with psychic powers and everything to do with concealing the chair.

The Trick: Vanishing the Statue of Liberty

In one of the most famous stunts of all time, magician David Copperfield made the Statue of Liberty disappear. A large sheet was pulled up in front of the famous statue, and when it was lowered, a bewildered audience discovered that the statue really was no longer there. So how did Copperfield manage it?

How It's Done: Vanishing the Statue of Liberty

Copperfield performed the trick at night. The only lights illuminating the statue were within the statue itself. When the curtain raised, those lights went off. A wall of lights shining outward from both sides of the curtain dazzled the audience's eyes so they wouldn't adjust to the darkness, keeping those watching from seeing the statue was still exactly where it had been.

The Trick: The Niagara Falls Challenge

One of Copperfield's TV stunts had him strapped to a raft rushing for the edge of Niagara Falls. Copperfield was meant to escape before going over the edge, and ride away on a Jet Ski. He appeared to fail, tumbling over the waterfall. But then he emerged safe, riding a helicopter. To prove it wasn't camera trickery, the entire stunt was filmed in a single, unbroken shot.

How It's Done: The Niagara Falls Challenge

The shot really was unbroken, though obscured at key moments to let Copperfield switch out with a set of fake limbs. Since his cage obscured the rest of him, it was hard to tell they were fake. The camera followed the raft's doomed journey while Copperfield sneaked off to the helicopter. He then flew in it down the waterfall, prepared to reappear triumphantly.

During season nine of "America's Got Talent," magician Smoothini made it to the semifinals with his sleight-of-hand tricks. One that stood out during his audition involved making salt or liquid disappear from within his hand, then making it reappear in his other hand. Because Smoothini wore short sleeves while performing, it was hard to spot how the trick worked...

How It's Done: Disappearing Salt

Smoothini's trick is achieved easily using a fake thumb. It's hard for most people to spot because Smoothini is skilled at using misdirection to keep attention away from his digits. Smoothini simply pours salt into the hollow, fake thumb while it's concealed in his fist, then switches the thumb to his other hand when it's time for the salt to reappear.

The Trick: Cards From Thin Air

In this classic trick, the magician holds their hand out, palm exposed, with nothing visible poking out of their sleeve. A second later, with a little flourish, they produce a playing card out of thin air. The magician can even continue producing a string of cards, one after another, from the same hand. What wizardry makes this trick possible?

How It's Done: Cards From Thin Air

The Trick: The Ever-Filling Jug

A fun prop magicians will often use is the ever-filling jug. The jug contains a small amount of water, but quickly runs dry when poured out, so the magician puts the jug down. Then, a little later, the magician picks up the jug and somehow it's refilled. Later, the magician can empty it again and again, as the jug produces an unending flow of water a little at a time.

How It's Done: The Ever-Filling Jug

When magicians play around with water or other liquids, there's probably a hidden compartment doing all the work. This kind of jug runs dry because its main compartment is empty, but the magician covers a hole in the jug with their finger while pouring. When they put the jug down, water flows into the main compartment, allowing for more to pour from an "empty" jug.

We've all seen this trick performed. A magician uses a jug to pour milk into a rolled-up newspaper, then unfurls the paper and, lo and behold, the milk is nowhere to be seen. But the jug is clearly empty where it was full before, so where did all the milk go?

How It's Done: Disappearing Milk

Remember: magic liquids usually involve hidden compartments. The milk jug used in this trick appears to be full at first when viewed from the front, but actually milk is present only in the front compartment of the jug. When the magician tips it up, the milk flows out of this thin compartment and into the jug, making it appear as if the jug now has less liquid inside.