These Movie Sequels Are Actually Way Better Than The Original Movie 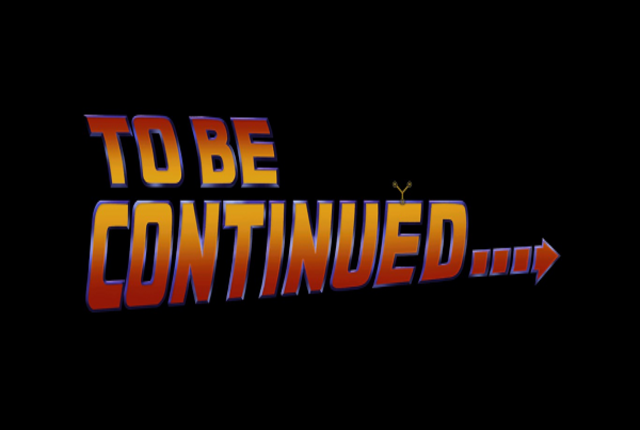 When we think of movie sequels, we tend to feel mixed emotions. The original film was great, but do people want to see a sequel? Generally, sequels tend to be pale imitations at best and horrendous cash-grabs at worst. But every rule has exceptions. There are times when a movie sequel is way better than the first movie. So here are the films that break the rule, and establish that sometimes there are movie sequels that are better than the original.

Sister Act 2: Back In The Habit

Sister Mary Clarence is back and this time ready to teach music. "Sister Act" is a solid film, but the continuation is a gift from God. Mary (Whoopi) is able to find the perfect balance of humor and philosophical advice. Who wouldn't want to have her as their teacher?

[dx_custom_adunit desktop_id="RTK_K67O" mobile_id="RTK_5yk0"] "Captain America: The Winter Soldier" was one of the best executed Marvel films. It combined the spy/action genre while also revealing key info, keeping us engaged the entire time. And it's even better than "Captain America: The First Avenger."

The chemistry between Walter Matthau and Sophia Loren is everything you could have ever wanted. Most of us would never have thought of pairing them, but somehow it works. They are foiled by the pair of Jack Lemmon and Ann-Margret, who are divine.

What makes this film so effective is the way three different storylines are woven together. Typically when we Americanize Japanese horror films, it doesn't turn out too well, but "The Grudge" series was a successful adaptation.

Look Who's Talking Too

[dx_custom_adunit desktop_id="RTK_K67O" mobile_id="RTK_5yk0"] A movie definitely worth watching at least once. Honestly, the cast – Bruce Willis, Rosanne Barr, Damon Wayans, John Travolta and Kirstie Alley – is what makes this worth your time. The dynamic between Mikey (Bruce) and Julie (Roseanne) is gold.

Austin Powers: The Spy Who Shagged Me

"Yeah, baby!" Mike Myers somehow plays three different characters in this film, all hysterically perfect. The father-son duo of Dr. Evil and Scott has to deal with the addition of Mini Me. And this movie proves that an opening sequence alone will dictate if a sequel is better.

Whoever thought to pair up Jackie Chan and Chris Tucker is a genius, and putting them together twice is a blessing. "Rush Hour 2"  starts of with a trip in Hong Kong, but end up in Las Vegas. Comedy gold.

[dx_custom_adunit desktop_id="RTK_K67O" mobile_id="RTK_5yk0"] "Men In Black" is nearly perfect, but this second film proves sequels can be out of this world. Kay disappears only for Jay to find him working in a post office. This premise is funny already, but add the facts that (a) Kay doesn't remember a thing about MIB, and (b) his coworkers are all aliens!

The opening sequence of this film is what makesit so much funnier than "Ace Ventura: Pet Detective." Ace is picked up from the monastery, only agreeing to leave after a Slinky has successfully gone down all the steps. And who could forget, "You must be the Monopoly guy"? It's a classic for a reason.

Blade is such an underrated superhero. A human with all the strengths of a vampire and none of the weaknesses, his franchise is everything you could ask for: action, vampires, spectacular makeup/special effects. This one involves vampires fighting vampires. And Norman Reedus is in this too!

[dx_custom_adunit desktop_id="RTK_K67O" mobile_id="RTK_5yk0"] The reason this film stands apart is that it's more serious, but eerily relatable. Iceman returns home only to be asked by his parents, "Have you ever tried not being a mutant?" While his friend, Pyro, has to choose between staying with the team or going with Mangeto, joining the Brotherhood.

Three words: Al's Toy Barn. Meeting all of the other toys at the toy store is hysterical. We are introduced to other versions of Buzz as well as his arch-nemesis Zurg, though most importantly we meet Barbie. And we cannot forget that Pixar takes the time to animate outtakes!

We love Kevin Smith and the work he does, but we believe everyone can unanimously agree that "Clerks 2" is far superior to "Clerks." I mean there's more Jay and Silent Bob, Randall is vocal about everything, there's a whole musical number, and Rosario Dawson, duh. Oh, there's also a donkey show.

[dx_custom_adunit desktop_id="RTK_K67O" mobile_id="RTK_5yk0"] You're probably thinking "Sure, Jan," but this film is neato! A man claiming to be Carol's husband shows up, kidnaps her, then the family travels to Hawaii to get her back. Plus there's moments of the weird Greg/Marsha romance, Jan pretending to have a boyfriend, and a cameo by RuPaul.

Darker than the first, "Hellboy 2" is directed flawlessly by Guillermo del Toro. No one else could have brought this world to life successfully. Plus, Hellboy's humor is the best cure for the blues. Don't believe us? Watch the "Can't Smile Without You" scene in which Hellboy and Abe get drunk.

Sex and the City 2

The girls are back and this time they're ready to take over the world, Abu Dhabi in particular. We know there are some who didn't want a sequel, but remember how it starts? With the wedding of Stanford and Anthony. It was literally the perfect gay wedding complete with a choir and Liza Minnelli.

[dx_custom_adunit desktop_id="RTK_K67O" mobile_id="RTK_5yk0"] It seems as if Evelyn and Rick O'Connell have settled into their 1930s London family life. "The end is only the beginning," for their "best friend" Imhotep has been raised once again. The character who steals this entire film is Rick and Eve's son, Alex. He's a perfect mix of sass and intellect.

If you've never seen this franchise, you need to reevaluate your life choices. The first film has the biggest twist ending in slasher history, but the second continues the fun. Angela (Pamela Springsteen, yes, related to Bruce) is back and ready to fix the poor attitudes of annoying campers.

"I'll be back." The Terminator has returned, but this time is here to protect Sarah Connor and her son, John. However, they have to fight off the new, shape-shifting T-1000. This sequel was a vast improvement from the first, for a lot of reasons: specifically better FX, dialogue and storyline.

[dx_custom_adunit desktop_id="RTK_K67O" mobile_id="RTK_5yk0"] The first film was mediocre to say the least, but this second one came back with a vengeance and gave us everything we expected to see in the original. Morticia and Gomez have another baby, Wednesday and Pugsley go to summer camp, and Fester gets married!