Brad Ludwig
“Game of Thrones” Facts that Have Been Unearthed Since the Series Finale November 21, 2019Leave a comment 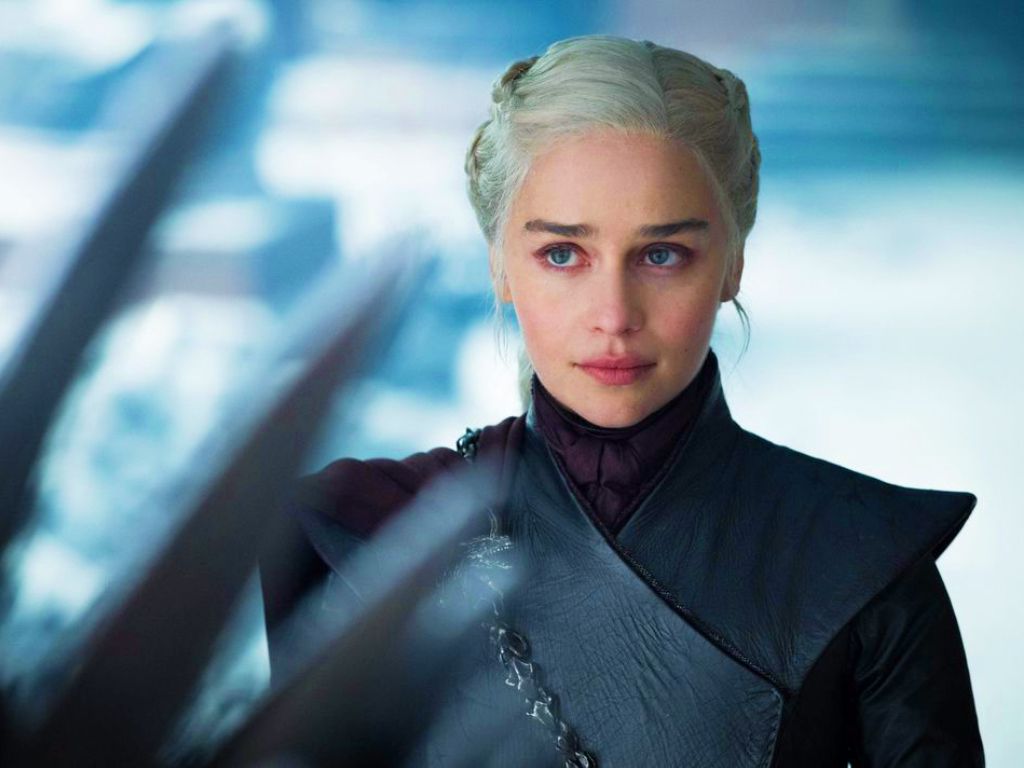 The final season of “Game of Thrones” is behind us, but that doesn’t mean you have to stop thinking about it. With over ten years of the biggest production in television history, there are bound to be some behind-the-scenes secrets that you have yet to learn, so keep reading for more of the things you might have missed from the very beginning all the way to the end.

When Maisie Williams landed the role of Arya, her mother told her that the character is left-handed in the books. Showing true dedication to her acting craft, the right-handed Williams learned to wield a sword with her left hand and performed many of her own stunts, a decision that paid off in spectacular fashion with her impressive ambidextrous fighting in the season eight episode Battle of Winterfell.

Given Emilia Clarke’s empowering on-screen performance as Daenerys, it’s hard to believe that the actress was dealing with a life-threatening health problem during the early seasons. She revealed in a 2019 New Yorker article that after filming season one she had a brain aneurysm, the effects of which at one point caused her to forget her own name, and that she needed another brain surgery after season three.

Different Cast for the Pilot

It’s hard to imagine a world without Michelle Fairley’s gutting performance at the Red Wedding or Emilia Clarke’s eyebrow acrobatics, but if the original “Game of Thrones” pilot (which was by all accounts a total flop) had made it to air, chances are we would have never seen either one, as it featured two entirely different actresses: accomplished stage performer Jennifer Ehle as Catelyn Stark, and “The Tudors’” Tamzin Merchant (pictured above) as Daenerys Targaryen.

Beyond writing the novels upon which “Game of Thrones” is based, George R. R. Martin also wrote scripts for one episode in each of the first four seasons, including classics like “Blackwater” in season two and “The Lion and the Rose” in season four (the one where Joffrey dies). Martin stopped writing for the show in season five to concentrate on “The Winds of Winter,” and we can only hope that his efforts will someday pay off.

Benioff & Weiss Answered One Question to Get The Job

Writers David Benioff and Dan Weiss have said more than once that what drew them most to “Game of Thrones” was the chance to adapt the Red Wedding for the screen, but George Martin had a different plot detail in mind when he agreed to let them adapt his books. Weiss said in a 2013 Q&A that Martin asked them “Who is Jon Snow’s mother?” and it was only after their answer that the author was confident the show would be in good hands.

In a show full of brutal moments, one of the most heartbreaking was the unfair execution of Sansa’s direwolf, Lady, in just the second episode. Thankfully, things ended much more happily in real life, as Sophie Turner and her family adopted Zunni, the dog who played Lady, and gave her a loving home.

Aside from burning his own daughter at the stake, Stannis Baratheon is probably best known for his iron-willed commitment to duty over personal desires or emotions. In an interview with RadioTimes.com, his actor Stephen Dillane proved that he was the perfect man for the role with his terse reply that “money” is all he got out of his experience on the show, rather than any “professional or personal satisfaction.”

Other actors felt that their time on the show was much too short, however. One example is Alexander Siddig, whose Dornish Prince Doran Martell was unceremoniously assassinated by Ellaria Sand in the first episode of season six despite the fact that Siddig was contracted for four episodes that season as he shared in an interview with StarTrek.com. It’s possible that Siddig’s role was cut short after the less-than-popular Dorne plot of season five.

Barristan's Actor is a Disappointed Fan

Ian McElhinney, the actor who portrayed Barristan Selmy, was even more upset about his character’s death in season five at the hands of the Sons of the Harpy, as he told fans at the 2015 London Comic Con. A fan of George R. R. Martin’s novels, McElhinney knew that in the books Barristan becomes a point-of-view character who rules Meereen in Daenerys’s absence after her escape on Drogon, but the showrunners had different plans for the character, perhaps to make way for Tyrion’s arrival as Dany’s advisor.

In her first acting role, Bella Ramsey became a fan favorite for her portrayal of Lyanna Mormont, but showrunner David Benioff told Entertainment Weekly that the character was at first only intended for one appearance. Ramsey made such an impression that the show brought her back for several more episodes, culminating in her heroic death taking out an undead giant in season eight.

Brenock O’Connor’s Olly was also only meant for one episode, a season four appearance in which a band of wildlings murders everyone else in his village and tells him to go warn the Night’s Watch at Castle Black. Crew member Dave Hill suggested to the writers that Olly join the Night’s Watch himself, which led to an expanded role that saw him deliver Ygritte’s kill shot and play a major part in Jon Snow’s assassination. Given the amount of sheer hatred fans felt toward the character, O’Connor may have been better off leaving the show while he was ahead.

Observant fans may have noticed that the show seems to contrive situations so that Cersei and Bronn don’t appear in scenes together, including having Bronn leave the Dragonpit scene in the season seven finale, or using Qyburn as an emissary to send Bronn on his ridiculous mission to assassinate the Lannister brothers in season eight. Persistent rumors have suggested that this is because Lena Headey and Jerome Flynn refuse to work with each other ever since their messy break-up, though Flynn denied this was the case in a Q&A at the 2019 “Con of Thrones.”

While Ed Sheeran’s season seven appearance is the most prominent, he’s far from the only musician to cameo on “Game of Thrones” over the years. Eagle-eyed viewers can also see Coldplay’s Will Champion as a drummer at the Red Wedding, the members of Sigur Rós as minstrels at Joffrey’s wedding feast, Snow Patrol’s Gary Lightbody as a Bolton soldier, the members of Mastodon as wildlings at Hardhome, the members of Of Monsters and Men as musicians in Braavos, and Chris Stapleton as a wight at the Battle of Winterfell.

Many Faces of The Mountain

Since his horrific season four duel with Oberyn Martell, Gregor Clegane a.k.a. The Mountain had been portrayed by Icelandic strongman Hafþór Júlíus Björnsson, whose enormous frame made for an imposing physical presence in The Mountain’s undead state. However, two different actors played the character in the show’s early seasons, starting with Conan Stevens in the season one Tourney of the Hand, and then Ian Whyte (who also played the giant Wun Wun) in Harrenhal in season two.

It’s a little hard to tell underneath all of the makeup and prosthetics, but the Night King also saw a change in actors midway through his time on the show. Richard Brake played the Big Bad in his first chilling appearance when he turned a baby into a White Walker, and again in the battle at Hardhome, launching a thousand memes. Vladimir Furdik, who had previously played another White Walker and also served as a stunt supervisor for the show, took over the role in season six.

The late Roy Dotrice, who memorably performed the audiobooks for Martin’s “A Song of Ice and Fire” series with different voices for every single character, was supposed to play Grand Maester Pycelle on “Game of Thrones,” but he had to pull out of the project due to health problems. Julian Glover stepped in to play Pycelle, but Dotrice did eventually make it on the show as the pyromancer Hallyne, who provides Tyrion with the wildfire he uses to destroy Stannis’s fleet at the Battle of the Blackwater.

Carice van Houten is known to “Game of Thrones” fans as the mysterious Red Woman, Melisandre, who gave us insane moments like the birthing of a shadow baby to assassinate Renly, the leeching of Gendry, and her shocking reveal as a woman much older than she appears, but her contribution to the show could have been quite different. Van Houten has revealed that she was first asked to audition for the part of Cersei before producers cast Lena Headey.

In his first major acting role, Jack Gleeson portrayed King Joffrey so effectively that he rightfully became one of the most hated characters in all of television. After his character died in season four, though, Gleeson made the surprising decision to retire from screen acting at only 21 years old. You might think his choice stemmed from fan backlash, but according to him it was simply because it wasn’t what he wanted to do full time. He’s since kept his acting to the stage for his co-founded Collapsing Horse Theatre Company.

Hannah Murray and Joe Dempsie, who played the wildling Gilly and King Robert’s bastard Gendry, had a shared history before their time on “Game of Thrones” as roommates Cassie and Chris on the popular British teen drama “Skins.” Though their characters were both in Winterfell in season eight, they never actually interacted with each other, depriving fans of a true on-screen reunion.

Sansa and Tyrion share a sweet moment during season eight’s Battle of Winterfell, reminiscing on their unlikely marriage and comforting each other in the face of complete chaos as wights rise from the Winterfell crypts, but the actors filmed another scene for the episode that missed the final cut. In it, we would have seen the two actively fighting off wights, giving Sansa her first true combat scene of the series.

Misdirection for the Dragonpit Scene

Showrunners Benioff and Weiss were notoriously secretive about the show’s production, especially in the later seasons, in hopes of preventing leaks and spoilers. For the series finale Dragonpit scene when Bran is chosen as king, they went so far as to fly in actors to the set who weren’t even in the scene, like Tom Wlaschiha and Faye Marsay, who played Jaqen and the Waif, and Vladimir Furdik, who played the Night King, all in the name of misleading nosy fans about the scene’s true contents.

YouTuber Steve Love made his name in large part with a series of videos featuring impressions of “Game of Thrones” characters (his Varys, Littlefinger, and Jorah Mormont are especially entertaining). He garnered enough attention that he was asked to make an appearance on the show in season six, though things didn’t end well for his character, a rogue member of the Brotherhood Without Banners whom The Hound brutally murders with an axe.

She’s easy to overlook and never named on screen, but Cersei has a handmaiden known in the scripts as Bernadette who actually appears in six episodes across five seasons, and her changing appearance is a perfect example of the show’s ingenious costuming decisions. In the early seasons, Bernadette wears the intricate hairstyles and flowing dresses popular in King’s Landing, but after Cersei’s ascension to the throne at the end of season six, Bernadette sports short hair and a severe black outfit, just like the woman she serves.