Non-Holiday Movies That Are Great To Watch During The Holidays

Holly Adler
Non-Holiday Movies That Are Great To Watch During The Holidays November 21, 2017 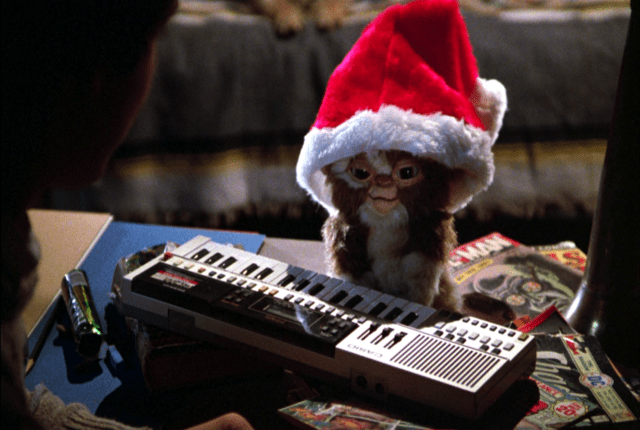 As we are approaching the holiday season, we have to start dusting off some of those classics movies like "A Christmas Story," "The Grinch Who Stole Christmas," and "White Christmas." But what about all those other movies? Those that aren't technically about the holiday season, but use this time of year as their backdrop. This list is dedicated to all of those films that we classify as non-holiday movies.

One of the lesser known rom-coms, but still delightful to watch snuggled by the fire with a cup of hot cocoa. "Serendipity" stars John Cusack and Kate Beckinsale. The two meet in a serendipitous way while holiday shopping, but John's character is to be married in a few days. Can someone say drama?

While You Were Sleeping

Sandra Bullock has managed to get 2 of her films on our list. "While You Were Sleeping" may be the lesser known, but it's a beautiful love story. It takes place during the holidays in Chicago. Sandra receives a Christmas surprise when she has the opportunity to save the life of her crush.

We will never "snap out of it" because this movie is too good. There is no emphasis on the holiday season in this film, but you know it's there. If you've never seen "Moonstruck," then shame on you. Cher won an Oscar for her performance in this film and she won it for a very good reason.

Who doesn't love "The Holiday"? Everyone's in this movie and it's perfect. It's probably because most of us find ourselves relating to Kate Winslet's character and if she can get herself out of that god-awful relationship then we can too! Get ready to make some fettuccine and pop some bubbly!

This film is so underrated. Think "Freaky Friday" but a father (Judge Reinhold) and a son (Fred Savage) swap places. "Vice Versa" takes place around Christmas time and will definitely put you in the holiday spirit. You will never take your parents or family for granted again.

The Nightmare Before Christmas

"Is 'The Nightmare Before Christmas' a Halloween or Christmas film?" The answer is both. The movie is both dark and cheerful! It's perfect for Christmas season because watching Jack sing "What's This" as he experiences Christmas for the first time reminds us of fond childhood memories.

One word to describe this movie: bada--! First of all Geena Davis can do no wrong, but her doing an action film makes life worth living. Secondly, Samuel L. Jackson is in this so get ready for some comedic relief. Just like all the other films on the list, this takes place around Christmas as well.

Sounds like we could be making this up, right? Well the film does use Christmas as a backdrop, though it is a more darkened version of the holiday. So if you aren't up to the typical Yuletide cheer, then opt for a more unconventional non-holiday film for the holidays.

It's A Wonderful Life

This classic film has been warming our hearts since 1946. However, the plot is fairly morbid. George Bailey (Jimmy Stewart) is about to commit suicide on Christmas Eve when he's stopped by his guardian angel. His journey to self-discovery is what brings a true Christmas miracle.

John Hughes. Steve Martin. John Candy. Absolutely brilliant! Those 3 names should be enough reason to watch this movie. However, since we are talking about the holidays, this is the perfect film because it's all about getting home in time to celebrate with your family. Honestly, just watch it.

Yippee-ki-yay, motherf---er! It's time to celebrate the holidays John McClane-style. "Die Hard" takes place on Christmas Eve, following John as he goes with his wife to a work holiday party. The festivities are cut short when terrorists show up. Move over, Santa; John's saving Christmas.

It's that time of year again! Get ready to sing "Jingle Bell Rock" with your favorite girls. Pretty much everyone loves this movie and even if you don't you've probably heard the rest of us quoting it. Picture this: Black Friday shopping then afterwards you go home and watch "Mean Girls". So fetch!

Harry Potter and the Sorcerer's Stone

Any reason to watch Harry Potter films is a good enough excuse. The films are usually included in Freeform's countdown to 25 Days of Christmas. The Sorcerer's Stone is on our list because that's when we were first introduced to the boy wizard and things were relatively happy and cheerful.

This heartwarming Oscar nominated film is absolutely brilliant. It showcases the joys and hardships of Michael Oher's life and how he was adopted by the Tuohy family. The best scenes are when they are celebrating the holidays together: Thanksgiving and Christmas are both covered!

The Tony award winning musical turned film is perfect for the holiday season. "Rent" takes place on Christmas Eve, continuing into the beginning of the following year. Be forewarned that tissues will be needed. It wil truly make you question how "you measure a year in a life".

Okay, this one is a bit of a stretch. But the movie ends with Andy unwrapping his new toys at Christmas, so this means it's still acceptable to watch during the holidays. No matter how small the holiday scene is, you can classify it as a holiday film. So welcome to the club "Toy Story"!

Maybe not the best of the Iron Man franchise, but this is the one that's acceptable to watch during the season of cheer. Shane Black (the director) is known for using Christmas as the backdrop for most of his films. If "Iron Man 3" doesn't float your boat, try "Kiss Kiss Bang Bang".

The musical performance that the Addams children put on while at summer camp is so bad it's good. Why are they putting on a Thanksgiving musical in the middle of summer? We have no idea, but it's absolutely hysterical. So since there's a nod to Thanksgiving, this is great for the holidays.

Technically "Gremlins" could be classified as both a Halloween and Christmas film.These little monsters may terrorize the town of  Kingston Falls, but they warm our hearts through their Christmas carols. Feel free to watch this movie from Halloween till the end of the year.

Meet Me In St. Louis

An MGM movie musical starring Judy Garland. This is the film that introduced the world to the song, "Have Yourself A Merry Little Christmas". Interestingly enough the original version was too sad that Judy asked for a revision. The song tugs on our heartstrings enough, we can't imagine worse.