Jen Arbues
On-Screen Characters That Look Nothing Like They’re Described In The Books November 20, 2017 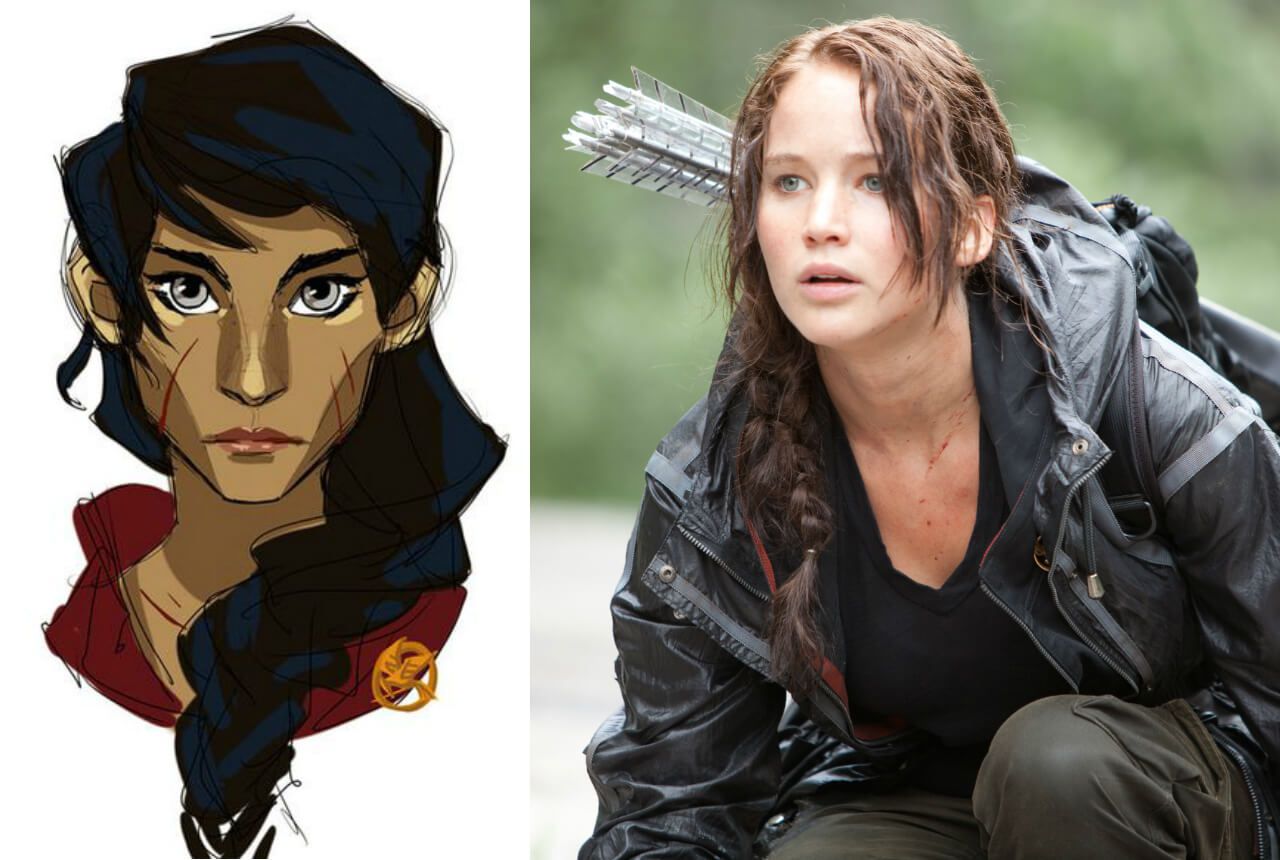 The beautiful thing about reading is that an author can paint their readers a portrait of a character from absolutely nothing. We’re able to imagine them perfectly. And when those characters are transferred to the screen, casting directors have a literal how-to on who to cast. Sometimes, though, it feels like those casting directors took naps when they should have been conducting proper research. These are the worst page-to-screen casting fails fans have ever seen.

"At first I thought it was a young boy. The newcomer was as tiny as Alice, with lank, pale brown hair trimmed short. The body under the cloak was slim and androgynous. The wide-eyed, full lipped face would make a Botticelli angel look like a gargoyle. Even allowing for the dull crimson irises.”

[dx_custom_adunit desktop_id="RTK_K67O" mobile_id="RTK_5yk0"] Dakota Fanning is fairly small, yes, but she certainly isn’t androgynous, and that hair is pretty much the opposite of lank, pale brown, or even short. As a character who’s supposed to be mistaken for her twin brother, though? She’s nowhere close.

"He was one of the largest men she had ever seen outside the NFL. He was extremely tall, and extremely broad, and long-armed, and long-legged. His neck was thick and his hands were the size of dinner plates... A wild man. But not really."

Tom Cruise is 5-feet-7-inches officially (although purported to be shorter) and, well, not exactly a “wild man.” Unless you count that couch incident.

[dx_custom_adunit desktop_id="RTK_K67O" mobile_id="RTK_5yk0"] A certain popular ‘80s musician was the inspiration for John Constantine’s physical appearance, with creator Alan Moore saying, "Constantine was the result of "fit[ting] it all together,” initially created "purely to get Sting into the story.”

While the casting of British actor Matt Ryan was pretty spot-on for the 2014 “Constantine” series, we have to wonder what exactly it was that made the 2005 film’s casting director choose Keanu Reeves. Just because he’s “the one” doesn’t mean he was the right one to fill the magician’s famous shoes.

"Harry had always been small and skinny for his age… Harry had a thin face, knobbly knees, black hair and bright green eyes… The only thing Harry liked about his own appearance was a very thin scar on his forehead which was shaped like a bolt of lightning.”

[dx_custom_adunit desktop_id="RTK_K67O" mobile_id="RTK_5yk0"] For the most part, Daniel Radcliffe nails it as Harry Potter. But when it’s such an important piece of the story that the character share his eye color with his dead mother, nothing short of “bright green” will ever do, no matter how entranced a generation of tweens may be.

“He could be my brother. Straight black hair, olive skin, we even have the same gray eyes.”

Not that Liam Hemsworth is unattractive or anything, but his stereotypical surfer boy looks are a far cry from the darker toned boy described in the “Hunger Games” series. There’s just something a little incongruous about the Aussie athlete foraging for food in the woods.

[dx_custom_adunit desktop_id="RTK_K67O" mobile_id="RTK_5yk0"] Katniss, like many others in District 12 (including Gale, obvs), has olive skin and grey eyes. Author Suzanne Collins also describes how she “tucks [her] long dark braid up into a cap.”

Just because Hollywood says Jennifer Lawrence is the perfect fit for every female role in every movie made these days does not mean it’s true.

Ramsay Bolton (“A Song of Ice and Fire” series)

“He is big boned and slope shouldered, with a fleshiness indicating he will be fat later in life. Ramsay's skin is pink and blotchy, his nose broad, his hair long and dark and dry. Although his mouth is small, Ramsay's lips are wide and meaty, wormy looking, and he smiles a wet-lipped smile.”

Ramsay Bolton (“A Song of Ice and Fire” series)

[dx_custom_adunit desktop_id="RTK_K67O" mobile_id="RTK_5yk0"] It’s hard to look at Iwan Rheon and see anything that remotely comes close to the monstrosity described in George R. R. Martin’s novels. Pink and blotchy skin? Long, dry hair? All we see is the invisible boy from “Misfits,” albeit with a bit more of a homicidal streak.

Daario Naharis (“A Song of Ice and Fire” series)

"His beard was cut into three prongs and dyed blue, the same color as his eyes and the curly hair that fell to his collar. His pointed mustachios were painted gold. His clothes were all shades of yellow.”

Daario Naharis (“A Song of Ice and Fire” series)

[dx_custom_adunit desktop_id="RTK_K67O" mobile_id="RTK_5yk0"] “Carrie stood among them stolidly; a frog among swans. She was a slightly chunky girl with pimples on her neck and back and buttocks, no one would call her attractive. Her wet, mousey hair, dirty blonde yet completely without colour. It rested against her face with dispirited sogginess…”

Eesh. Carrie isn’t just your average plain Jane; she’s kind of made out to be the f—ing ugliest girl in the entire school (and probably town, if we’re being honest here). Sissy Spacek is a vast improvement, and Chloë Grace Moretz? She’s goddam prom queen status, minus the pig’s blood.

On Screen Characters That Look Nothing Like They're Described

Ian Fleming wrote that 007 has a "slim build; a three-inch long, thin vertical scar on his right cheek; blue-grey eyes; a 'cruel' mouth; short, black hair, a comma of which falls on his forehead ... 183 centimetres (6 feet) in height and 76 kilograms (168 lb) in weight." Fleming also described the character as resembling actor Hoagy Carmichael.

On Screen Characters That Look Nothing Like They're Described

[dx_custom_adunit desktop_id="RTK_K67O" mobile_id="RTK_5yk0"] Craig certainly fits the general description of Bond as a "blunt instrument," but a physical match, he's not. The blue eyes are right, but the shorter, musclier build is off, and of course that blond hair is all wrong. He definitely doesn't look anything like Hoagy Carmichael.