Who Should Play Disney Channel Cartoon Characters In Their Live-Action Adaptations?

Greg Smith
Who Should Play Disney Channel Cartoon Characters In Their Live-Action Adaptations? May 16, 2018 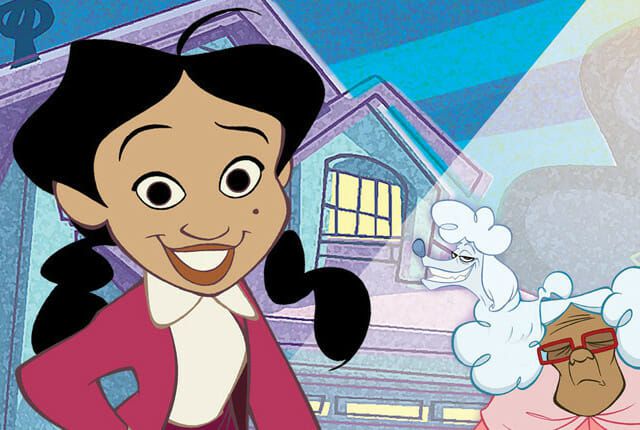 Who's in your dream cast for live action Disney Channel cartoons?

Did you hear they're making a live-action Kim Possible movie? The Goldbergs star Sean Giambrone will play Ron Stoppable, Kim's goofy sidekick. Inhabiting the title role is Sadie Stanley, a newcomer who wowed Disney with her first audition ever. These show biz moves got us thinking. This can't be the last of the live action Disney Channel cartoons coming. And they're going to need the perfect actors to play these parts we all know so well. Thus, we've taken it upon ourselves to cast any and all live action Disney Channel adaptations with the absolute perfect actors. Hollywood, you're welcome.

Dang. What a jolt of pure joy. Phineas And Ferb rocks and rolls with musical comedy and surprising heart in equal measure. The title characters are step-brothers who embark in various shenanigan-laden missions to try and stop a comically evil genius. Oh, also there's a pet platypus named Perry. Naturally.

Phineas is the personification of boundless, untethered energy. He also has striking red hair. Therefore, there's no one better for the part than It breakout Jeremy Ray Taylor. He scores that horror film's biggest comic relief goals with his contagiously plucky enthusiasm. In a Phineas And Ferb film, he would know exactly what they're going to do today.

The quiet Abbott to Phineas' loud Costello, Ferb is a less showy part on paper. Yet his unflappability is an essential part of the show's DNA. In the film version, Levi Miller would be the perfect anchor. We've seen him project comfort and calm in works like A Wrinkle In Time. Dye his hair green, turn his native Australian accent British, you've got yourself a Ferb.

A handsome-as-heck movie star in the role of a goofy mad scientist? Crazy, we know, but stick with us. When Ryan Gosling is untethered and let loose, in films like The Nice Guys or even Jimmy Kimmel sketches, his comedic instincts are shockingly good. Sometimes we get the sense that he's a broad comic stuck in a matinee idol's body. Cut the reins, and let Gosling's freak flag fly.

Todd and Riley are siblings living a tragic life. They're stuck in an orphanage, with parents to call their own. Until the fateful day they find a device -- and new parents -- that allow them to replace any undesirable person with someone else. If you don't think hijinks ensue, you are just being willfully naive.

Quinn Liebling first made a splash in the Netflix dramedy Everything Sucks! His performance as ADD-afflicted Tyler Bowen demonstrably did not suck. His irascible energy would be an ideal fit for Todd Daring, the oft-selfish adolescent at the center of The Replacements. Picturing him replacing annoying classmates is quite the cathartically funny image.

Riley, unlike Todd, is more sensible, patient, and caring. Rowan Blanchard, in real life, has demonstrated a precociously mature understanding of social issues. She could thus nail the role of Riley while not making the role feel submissive or weak. This live-action Riley would be -- dare we say -- irreplaceable.

C'mon, just look at him. Jason Sudeikis is Dick Daring. His rascally scowl, his coiffed hair, his impeccable jawline. Sudeikis' comedic presence often comes at the intersection of endearment and ego. Daring, with his cocky, daredevil demeanor, fits this description to a T. A Sudeikis performance would not be a bit of stunt-casting. Pun intended.

Agent K is formal, closed-off, and loyal to her spy missions -- even if she's inventing said spy missions. Thus far, we've mostly seen Gugu Mbatha-Raw play paragons of dignity, like Beauty And The Beast, and empathy, like Black Mirror's "San Junipero". It would be delightful to see her tweak these qualities just so, and mine some deliciously absurd comedy from Agent K.

It's every kid's dream: You don't just live the normal life of a child. You have martial arts capabilties. Magic powers. You can even turn into a friggin' dragon! For Jake Long, this dream is a reality. And this reality is a little more complicated than you might think.

Forrest Wheeler is the beating heart at the center of Fresh Off The Boat. We buy him doing anything. This eternally optimistic attitude is what would make him such an effective Jake Long. Even while dealing with supernatural elements, we'd believe his sincerity and trust that he's trying his best. He'd be a role model for kids everywhere.

How you gonna cast Zendaya in Spider-Man: Homecoming and basically sideline her the entire movie? She's got charisma and presence to spare, and we want to see her strut her action hero stuff. Cast her as Rose, aka Huntsgirl, and watch her light up the screen with impressive heroism.

Dave The Barbarian is that rare show that's equal parts silly and smart. It plays directly into medieval genre tropes while also subverting them at every turn. For example -- the titular barbarian yields a broadsword. The broadsword, however, speaks like a brassy female New York comedian and undercuts (no pun intended) Dave at every turn.

Dave looks like your typical musclebound hero, but doesn't act like it. He's vulnerable and sensitive, preferring gentle household activities to fighting. In his breakout role in American Vandal, Jimmy Tatro played a similarly complicated figure of masculinity. Humorous bravado hiding sincere pathos. He would be a pitch-perfect Dave The barbarian.

Oswidge, Dave's uncle, tries his best at being a sorcerer. His skills are just not quite there, resulting in the series' most satisfying slapstick moments. Cedric Yarbrough, of Reno 911! fame, often exhibits a similar energy, something we might call "the confident idiot". Yet we also think he'd find some genuine emotion under the bluster.

The Proud Family is a perfect family sitcom that happens to be animated. Rather than presenting larger-than-life situations or fantastical elements, it focuses in on the family unit. Its comedy comes from bouncing real-life characters off each other. If you don't have an Uncle Bobby, you might be Uncle Bobby.

Penny is the eye of the storm. Our compass. While her family bounces off the walls, she tries her best to live a normal teenage life. We can't help but think of Storm Reid's wonderful performance in A Wrinkle In Time, in which she's asked to be grounded while the world goes insane around her. Thus, The Proud Family should be a cakewalk for her.

We all know that Tiffany Haddish is a firestorm. A supernova of talent. But did you know she's also an excellent comedic voice of reason? Check out her work in Keanu, or even the trailer for Night School. We see shades of Trudy's tough love and parenting skills.

Oscar Proud is one of our favorite TV dads. He's silly, immature, goofy, charming, and above all, loving. Damon Wayans Jr., who you've seen make comedic fire out of the kindlings of Happy Endings and New Girl, represents all of these qualities. In this role, he may even do his dad better.

We want Oprah to be funny. She's shown it to us before. She slayed on 30 Rock. She, uh, did her best to sell her judge cameo in Bee Movie. But by and large, as an actor, Oprah favors prestige dramas. Wouldn't you just love to see her let loose in the wild, cantankerous role of Suga Mama Proud?

Not to be hyperbolic, but Gravity Falls is the perfect cartoon. Its absurdity works at every age level. It doesn't patronize or talk down, treating its viewers with intelligence. And even as the characters undergo bonkers adventures, we still believe their central relationships. Hot take: It does what Adventure Time is trying to do better.

Dipper Pines, while being a headstrong and sometimes impatient adventurer, still possesses a semblance of planning. In his star-making turn on Stranger Things, Gaten Matarazzo demonstrates this dichotomy. He follows an internal logic enough to propel him into the danger -- well, danger for him. For us, for a hypothetical live-action Gravity Falls film, it's just fun.

While her breakout role was in the unrelentingly grim Beasts Of The Southern Wild, Quvenzhané Wallis has gone on to demonstrate plucky strength and charm. She propels her roles in Annie and Trolls with a foot-on-the-gas quality. She'd be the perfect candidate to take Kristen Schaal's excellent voicework into the real world.

If you only know Michael Keaton as the grim and glum centers of Birdman or Spider-Man: Homecoming, we've got a nice surprise for you. He's one of the wildest comedic actors around. Check out Beetlejuice, The Other Guys, or even Much Ado About Nothing. He's got the perfectly looney ingredients for a big-screen Grunkle Stan. Disney -- let's make this happen.