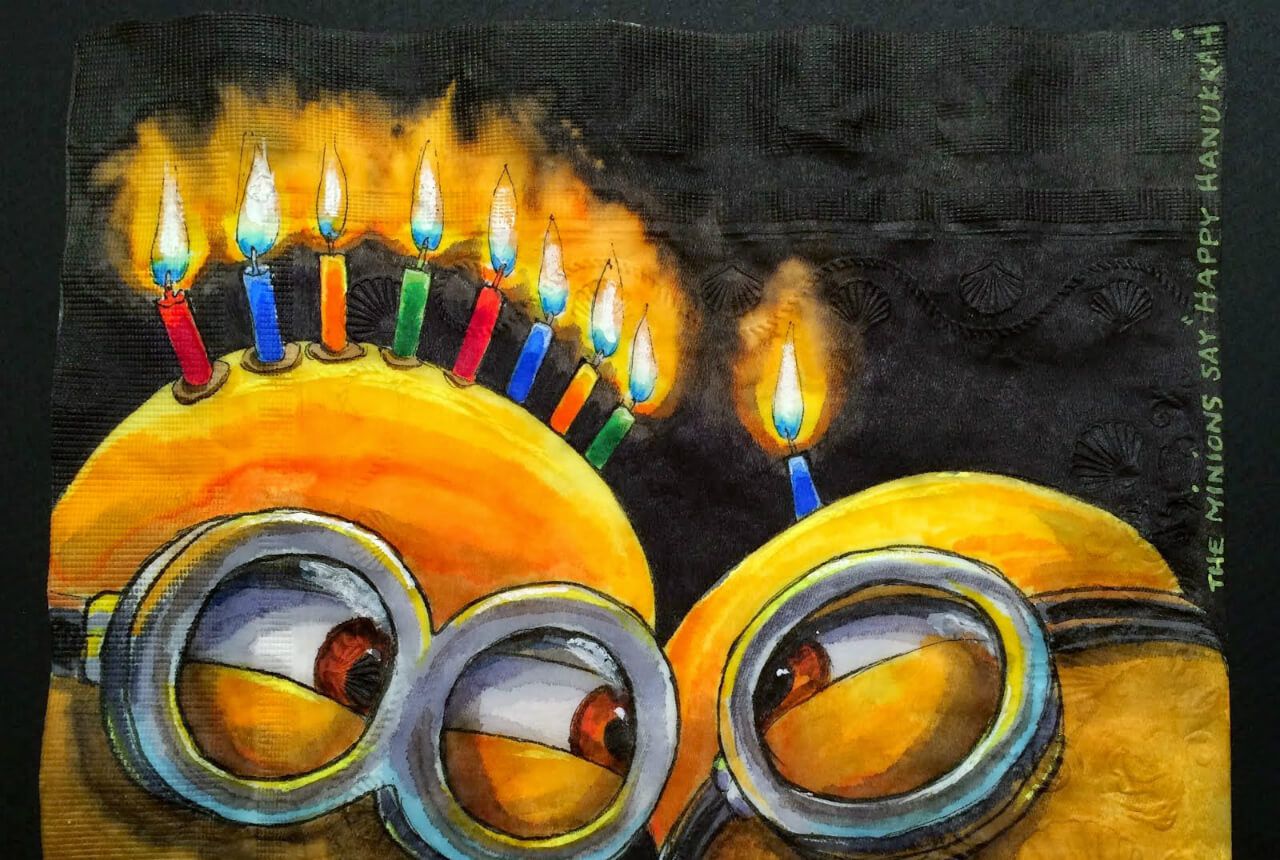 Christmas has long dominated the holiday scene in terms of merch. But Hanukkah celebrants also like to celebrate with a bit of flair. So whether homemade or not, these pop culture menorahs will bring light for at least eight days and nights.

Let The Lava Lamps Be Lavaed!

This may be the very definition of groovy.

Thrash in the holiday season with the most badass, melty-ass, possibly Satanic menorah out there.

And lo, the honey lasted for eight days and nights, no bother!

♪ While the goys are all at churches ♪

Goldilocks must be the shamash.

Due to an overwhelming dearth of modern-themed Judaica, celebrants often have to settle for making their own. That torso is unnerving, however.

In 2013, Thanksgiving and Hannukah overlapped, leading to a lot of dual-themed designs. This one is a legit work of art. Look at that beard!

This is just plain adorable.

With their distorted faces and all the dead mice on the ground, this one might be creepier than the clowns.

Hey, Hey, It's The Yankees

The Yankees just signed this menorah to a seven-year, $180 million contract.

Bet you didn't know this existed either, did ya? Congratulations, you just found a perfect second-night present for the nostalgic, coked-up Canadian in your life.

A menorah Willy Wonka would be proud to call his own. Is it sundown yet?

This is some real despicable mishegas right here.

They only play Adam Sandler covers.

For the self-serious JAP we all know and love.

Fiddler On The Roof

Obviously a menorah is traditional, but even if you're not a rich man, this beauty can still be yours. Lost your lighter? Call the matchmaker!

Celebrate the Festival of Lights and your cat mitzvah.

You can light these candles even with the tiniest arms known to prehistoric predators.

I find it a little blasphemous that Streisand isn't the shamash, but I do love they got Nathan Fielder on there.

Burger of the Day: The Maccabees (comes with honey and a macadamia nut crust)