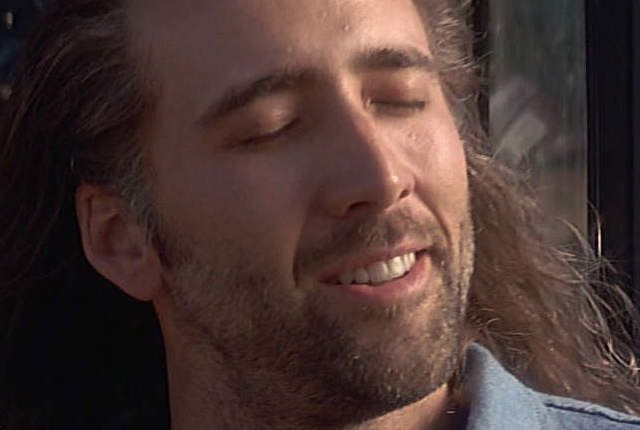 The Golden Raspberry Awards, or Razzies, founded in 1981 by publicist and movie fan John J. B. Wilson, poke fun at the worst of Hollywood's output in a tongue-in-cheek award show. But sometimes, as made evident by some great Razzie-nominated movies, they get films that get it wrong, wrong. If you feel like having your blood pressure rise due to sheer filmmaking injustices, check out these actually-great Razzie-nominated movies.

To an extent, I understand why The Happening received a Worst Picture nominee in 2008. It is, objectively, not good. It is, however, "not good" in a calculated, confident, secure, and idiosyncratic manner that such basic labels do not mean anything. It's a fever dream masterpiece, an orchestrated symphony of pure camp and silliness. I'm not joking when I say it's one of M. Night Shyamalan's best movies.

The decision to give Waterworld a Worst Picture nominee in 1996 functioned as a cultural punchline to an ongoing joke. Everyone knew Waterworld was drowning. Tempers flared, budgets ballooned, directors were disrespected. Giving it a Razzie nomination put a nice button on this story. However, it ignores the film itself, which is prescient, awe-inspiring in its iconography, and fascinatingly grimy. What other action blockbuster opens with a dude drinking his own pee?

It's absolutely unfair that Jim Carrey's second take on the hyperactive pet detective received a 1995 Worst Remake or Sequel nominee. I'd argue this film ages better than its predecessor, with more memorable set pieces, visually inventive gags, and committed performances across the board. I mean, watch Carrey crawl out of a robot rhino and try not to guffaw.

After The Matrix, the Wachowskis just couldn't catch a critical break. Case in point: They delivered a kinetic, propulsive, delirious, and frankly bananas vision in their wheels-to-the-wall adaptation of Speed Racer, only to be met with a 2008 Worst Prequel, Remake, Rip-off or Sequel nominee. Watch a random racing sequence from the movie and tell me your socks aren't knocked off.

The Wicker Man's 2006 Worst Picture and Worst Remake or Rip-Off nomination reveals the inherent flaw in The Razzies. If a film is enjoyable because of its camp, then it's not bad. The Wicker Man, centered around a furiously committed Nicolas Cage and his bear costume, made me laugh so hard I cried, and I know I'm not alone. How can you call something that gives people so much joy "bad"?

This one pisses me off. The Blair Witch Project is one of the most tense, effective, and genuinely terrifying horror films ever made, which is not even getting into its demonstrably enormous cultural influence. And it gets a 1999 Worst Picture nomination? I have half a mind to hide out at the Razzies office and build little stick men to terrorize them.

How can a film in which a giant snake chokes the hell out of Jon Voight be bad? A film in which Jennifer Lopez and Ice Cube are having an absolute blast? A film that features delightfully corny CG contrasted with impressively sweaty jungle scenery? Sorry, Razzies, my Anaconda don't want a 1997 Worst Picture nomination unless it's... got buns, hon? Okay, that got away from me.

It's not enough that broad comedy gets ignored at the Oscars. When you deliver a pitch-perfect, stupid-and-silly comedy, as John Landis did with 1996's The Stupids, you get noticed for being one of the worst films of the year. There are gags in this film that best any contemporary comedy, hands down.

Another case where a 1994 Worst Remake or Sequel nomination serves as a cultural punchline, rather than an honest look at a film's merits. The big-screen adaptation of everyone's favorite modern stone-age family had a publicly strained journey to screen, so the Razzies slapped it with the nomnation. Watching the film now results in the marveling of amazing production design, pitch-perfect casting, and an accurate adaptation of the cartoon's comedic sensibilities.

Shane Black is a rare artistic anamoly: The more he puts his head into his own butt, the better the film. Case in point: Last Action Hero, a self-aware critique/celebration of over-the-top action cinema, starring the avatar of destruction himself, Arnold Schwarzenegger. The film garnered a 1993 Worst Picture nomination, but if it was released this year, it would undoubtedly be critically acclaimed.

Haters gonna hate: Will Smith + Kevin Kline + Kenneth Branagh + Salma Hayek + dope steampunk technology + that Stevie-sampling theme song = I'm having a dang blast at the movies! The fact that this hunk of prime summer cheese garnered a 1999 Worst Picture nomination proves the Razzies just don't like to have fun.

I'll keep this one simple. If your movie has Patrick Swayze ripping out someone's throat, it isn't bad. Sorry, Razzies, but your 1989 Worst Picture nomination of Road House broke one of Swayze's three simple rules: It just isn't nice. Now take it outside if you wanna keep your throat.

When the Razzies nominated Newsies for Worst Picture in 1992, they were definitely "carrying the banner". The banner just happened to read, "Our taste in films is bad." Newsies is a rollicking, inspiring good time, with catchy songs delivered with infectious New Yawk accents. Seize the day, y'all!

Before Titanic's false promise of never letting go, Stallone let a poor woman fall to her death in the macabre opening moments of Cliffhanger. Striking an intriguing balance between campy, gory, over-the-top action and genuine themes of regret, the film is a lot of things but certainly not one of the Worst Pictures of 1993. Fun Fact: Ace Ventura: When Nature Calls, seen previously on this list, spoofs Cliffhanger's iconic opening.

Sometimes you just need a Costner to carry you through the rain. To protect you from the elements. To sing at full blast that you will always love him. The Bodyguard works efficiently and emotionally as a piece of romantic comfort food. It may not be realistic, but something this sweet is definitely undeserving of a 1992 Worst Picture nomination.

Jackass: The Movie won the 2002 Razzie for Most Flatulent Teen-Targeted Movie. And you know what? I'm not going to argue with that hyper-specific category. A lot of people fart in this film (among other bodily functions), and it's definitely for teenagers. But damn is it funny, punk rock, anarchic genius. It's like if GG Allin decided to join the Marx Brothers.

"If Stallone is in an action film and it's stylistically over-the-top, it must be bad!" This line of thinking must permeate the Razzies, as Sly again gets shafted with a 1986 Worst Picture nomination. Cobra is a damn hoot of a movie, with our lead actor oozing machismo and cool.

Again with the Stallone hatred! Luckily for us, Sly is like Rocky in that he stubbornly never gives up. Rocky IV, the third sequel to a highly acclaimed film, garnered a 1985 Worst Picture nomination. Looking at it in our current climate, it works as a compelling and earnestly patriotic counter-attack toward forces that wish to undermine what makes us American.

Winner (loser?) of both 1981's Worst Picture and the Worst Picture Of The Decade for the entire 1980s, Mommie Dearest stands the test of time as a full-on assault to the senses, jam-packed with horror, camp, and lots of yelling. Another way of pitching it: What if Michelle Pfeiffer's character in mother! was given free reign to do and say whatever she wanted?

One of the 1980 Worst Picture nominees, Friday The 13th is a revolutionary movie, finessing and fine-tuning a subgenre of horror embedded into our cultural consciousness. It's also the perfect blend of earnestly scary and campy fun, with a jump scare ending that gets me every time and a killer performance from Mrs. Voorhees that emotionally affects me every time.

A nominee for 2001's Worst Picture and the 2000's Worst Picture Of The Decade, Freddy Got Fingered will go down as one of the best surreal films ever made, and maybe the only true surreal comedy film ever made. I don't care how hot this take is, it is true. Watch how the film casually plays with and discards tropes of "bro-y comedy films" in service of grotesque non sequitur gags, then feel free to @ me all the heck you want.

The 1997 winner for the much too specific award of Worst Reckless Disregard for Human Life and Public Property, Con Air does, indeed, have a lot of stuff and people blowing the hell up. But it also has every good character actor from the '90s playing colorfully eccentric criminals, and Nic Cage with the best head of hair I've ever seen, so, sorry Razzies, they're allowed to blow up whatever they want.

A befudding 1996 nominee for Worst Written Film Grossing Over $100 Million, Mission: Impossible is just straight up an action movie classic. It just is. Watch it again and marvel at its play between quiet suspense and loud set pieces. Its funner-than-they-need-to-be supporting performances. Its propulsive score! Ugh, Razzies, your relevancy is about to self-destruct in five seconds.

The Hunchback Of Notre Dame

The Hunchback Of Notre Dame is one of the cooler kids at the Disney table. It's dark, gothic, mature, intense, features powerful music, and an atypically bittersweet ending. It hits you like a ton of bricks. Those who nominated for Worst Written Film Grossing Over $100 Million in 1996 should be damned to hellfire.

Hudson Hawk was, to be fair, a box office and critical bomb. A convenient representation of Bruce Willis' hubris gone unchecked. A Razzie winner for Worst Picture of 1991, and a nominee in the 1990s for Worst Picture Of The Decade. But, like, have you watched it recently? This thing perfected our Lord/Miller postmodern action-comedy subgenre before it was cool, with unique action sequences, bonkers jokes, and a feisty performance from Andie MacDowell.

A 1996 nominee for Worst Written Film Grossing Over $100 Million, Independence Day is a gold standard for what a summer blockbuster should be. It's emotional, inspiring, funny, surprising, and astonishing in its explosive visuals. Plus, it takes its time with each character, giving everyone in the film a wonderful mini-arc. They don't make 'em like this anymore.

A Time To Kill

When Samuel L. Jackson delivered, with fiery conviction, the line, "Yes they deserve to die, and I hope they burn in Hell," he was not talking about the Razzies. But maybe he should've been, as this incendiary, timely, and sadly timeless courtroom thriller received a 1996 nominee for Worst Written Film Grossing Over $100 Million.