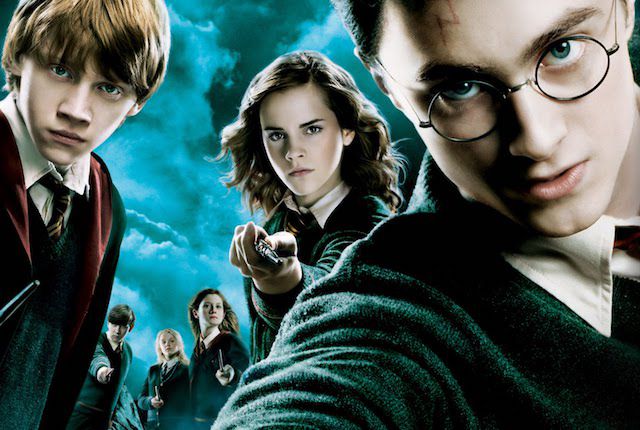 The first Harry Potter book came out in 1997. So that means pretty much every kid born  around 1986 or after has had to live in a world ruled by Muggles. They have hoped that, one of these days, they’ll finally get their Hogwarts acceptance letter. Even if they're 30 years old. But so you know what? Harry Potter isn’t all actually all that great. In fact, it’s full of glaring problems. Here are all the reasons why Harry Potter actually sucks.

Let’s just go ahead and get this one out of the way first. While J.K. Rowling does an excellent job of world building, the story itself is beyond basic. Harry is undoubtedly good, while Voldemort is nothing but evil. The struggle is simplistic at best, and the writing reflects it. Plus, there are plot holes that just cannot be overlooked. (I'm looking at you, Peter Pettigrew and the Marauder’s Map.)

Watching the Chris Columbus movies is exactly like watching a children’s book put to film. And that’s fine, because they’re actually the truest to Rowling’s work over the others. The further along into the film series you get, the more side plots get dropped or changed, because Hollywood.

We can only imagine the production meeting conversations for these. “No, guys, the story is dark, so let’s just throw a blue filter over it. That way everyone will know how to feel just by looking at the screen.” No one will be able to see anything, but at least we’ll all know how to feel.

The films were produced before the book series was finished

If they had just waited a few years, the filmmakers would have known how important something like the mention of Grindewald would be. Or Peeves. Or, oh, we don’t know… Dobby? Maybe if they would have just taken a step back, Dobby could have gotten the on-screen treatment he deserved. Not that we’re bitter or anything.

Think back on “Harry Potter and the Goblet of Fire,” and what comes to mind? The Triwizard Tournament, no doubt, and that wand battle between Harry and Voldemort. It’s basically what takes up the entire f—ing movie. But there are things that happen in the book that are totally left out, most likely because house elves just aren’t as pretty to look at as magic wands are. But they still have rights, goddammit.

In the book series, Harry’s final confrontation with Voldemort happens in front of an entire audience. The ramifications of the Elder wand are clear: Voldemort is reduced to the Tom Riddle nothing he was before his quest for power began and dies. In the film, it takes place separate from the group, over several locations, and with lots of flashy lights and graphics before Voldemort turns to dust. It’s a weird choice for the adaptation and minimizes the actual battle, but at least it looked cool?

Interesting characters get little to no actual development in the movies

It would have been nice to have seen more of Tom Riddle’s backstory, particularly when it came to Marvolo, Merope and Morfin Gaunt, the pure-blood family he’s half-descended from. Their inclusion could have given much needed depth to Voldemort’s character, but instead we got stuck with some weirdly implied Bellatrix affair. Come to think of it, those dark wizard house elves could have done with a little more screen time, too.

Dobby was nothing but the truest friend to Harry (annoying AF, sure), and he was basically treated like garbage by everyone around him up until his death. Sure, Harry had grown a certain fondness for him by the time Dobby gained employment at Hogwarts, but he was still ostracized for his lack of “proper shame.” And then to sacrifice himself when he was only just starting to live a free life? Dobby was f—ing robbed.

Sirius’ death, although arguably the most heart-wrenching in the series, is also the most unnecessary. Gee, if only there had been a way for Harry to prevent Voldemort from implanting that false vision. Oh, wait, there was. If only Harry had had some sort of magical object to see that Sirius wasn’t actually in danger. Oh, wait, he did. If only Harry could have put the brakes on jumping to conclusions, he’d still have his beloved godfather around. But no.

The “Harry Potter” series is basically just about how a broody pre-teen/teenager breaks every rule he’s presented with because he thinks he’s special and then puts the lives of everyone around him in danger, because he’s an idiot. To top it off, death is a permanent thing for everyone but Harry. The fact that he got to fulfill his death destiny and then come back was a total cop-out.

Can someone please explain to us how this relationship even happened? Ginny was essentially a background character whose sole purpose for the first half of the series was to show us all how much Harry was adored by others. She wasn’t even all that interesting when she was possessed by Tom Riddle’s journal. And then BAM, Harry’s decided he’s in love with her. His best friend’s little sister. Maybe because she was the only girl who cared to stick around?

Just… the treatment of Ginny in general

She could have been so much better, had Rowling given her a little bit of depth outside of being Harry Potter Fangirl #1. But for the level of importance we’re supposed to believe Ginny has to the series, nothing about her is actually specific to her. She’s an extension of Harry, a secondary character created to give depth to the main character, but without any real substance of her own. And she could have been amazing.

Harry was kind of a dick to everyone

Harry definitely took teenage angst to an extreme. Not only did he talk back to literally every adult who — oh, we don’t know — acted like the adult in a situation, but he routinely snapped at his friends for trying to look out for his best interests. Then there was Pavarti Patel at the Yule Ball. And Cho Chang after Cedric died. And Dean Thomas when he was hanging out with Ginny. Oh, and that candy incident with Neville Longbottom.

It’s not like Dumbledore had some grand plan for Harry or anything. But Harry’s contempt for certain people (Snape) and his ridiculous belief that he somehow knew better than everyone else in the Wizarding world — when he knew nothing of it for the first 11 years of his life — led him to act like a complete idiot most of the time. Should’ve paid attention to those Occlumency lessons, Harry.

No one can do anything productive without magic

Okay, so sure, the whole thing takes place in a world ruled by magic. But does that also mean stuff like basic self-defense goes out the window? Or, you know, pretty easily accessible items like pepper spray? Can no one use a goddam telephone, or do we have to only rely on owls?

The fact that Voldemort devolved as a character

He basically went from being smart and persuasive during his youth to a power hungry leader who only knows how to rule over others through brute force. What happened to the brilliant Tom Riddle who connived his way out of every situation? The Voldemort we see in “present day” is just a dick who overestimates his own abilities.

Harry is a Horcrux

In “Harry Potter” lore, the creation of a Horcrux is a complex and precise process, and yet Harry winds up becoming one because of some magical fluke. Yeah, we know… unstable soul, rebounded curse, Lily’s final sacrifice, blah, blah, blah. It’s an easy out, and if Rowling had intended to make Harry a Horcrux the entire time (intentional or not), she should have given us a little bit more than just, Voldemort’s soul accidentally attached itself to a baby.

Neville should have been the chosen one

We’re not saying it doesn’t make sense for Harry to be the chosen one. He became the chosen one because Voldemort went with his own interpretation of a prophecy and decided Harry was it. We get it. But there were so many hints throughout the series that it could have just as easily been Neville, that it would have made for a much more satisfying twist to learn that Harry was the wrong kid all along. Not to mention the fact that Neville has always been a way better character anyways.

Hermione is the real hero

Hermione is basically the one person responsible for keeping everyone else alive, and to a tremendous amount of personal sacrifice. She’s the only one who can cast a proper spell, she’s been able to camouflage the trio every time they need to be, and she actually pays attention to the shit they're being taught. Plus, she made her parents — who love her more than anything — forget who she was, just to keep them out of harm’s way. Would Harry have done that? F— no.

The love and friendship cliché

If you walked away from the “Harry Potter” series without the overwhelming feeling that love conquers all, then please tell us your secret, because Oh God, could this not have been any more drilled into our skulls? Of all the takeaways “Harry Potter” could have left us with, this is by far the most cliché and overdone. We know it’s a series for kids, but come on. Give kids a little more credit than this.