Rock Stars Who Looked Way Different When They Were Younger

Alex Shea
Rock Stars Who Looked Way Different When They Were Younger November 14, 2019Leave a comment 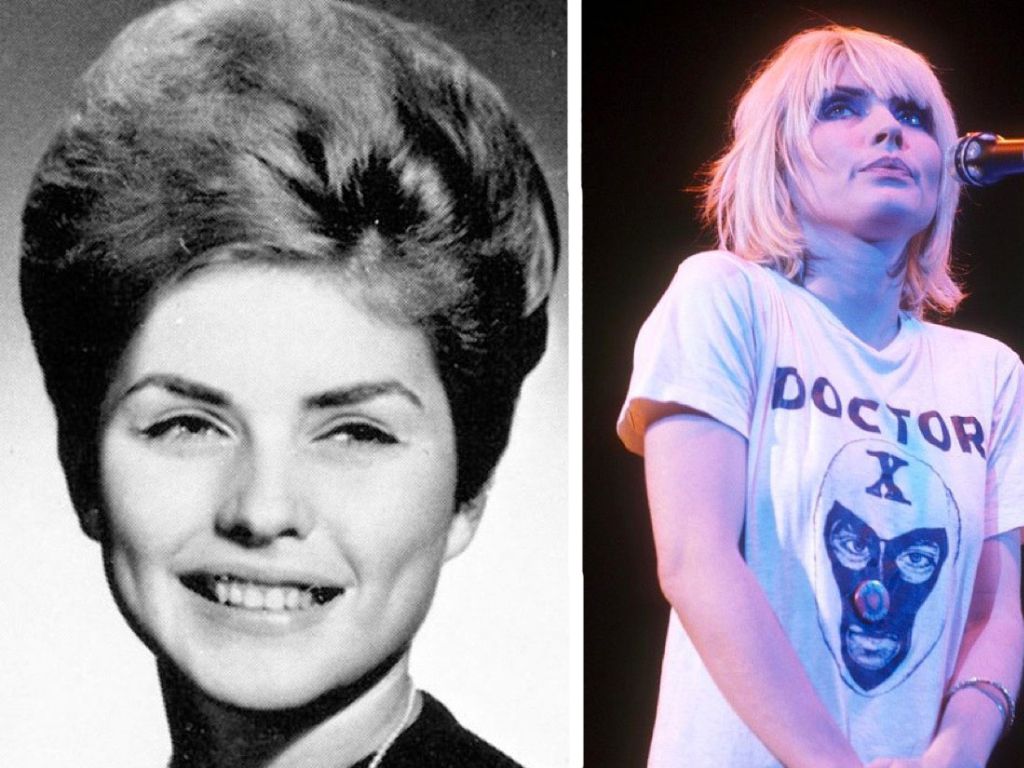 Time has a way of getting to the best of us. In the cases of these rock stars, time wasn't the only thing that got to them. Some of these iconic rockers looked much more tame in their youth, and others took decades to grow into their looks. If you ever wondered what these music legends looked like in their prime or if you're curious now—say no more. We've got just the list for you.

Courtney Love in the early 1980s was nothing close to the blonde, punk heartthrob she is now. She spent time abroad hanging out with musicians and claimed that she learned a lot of her social skills while "spending time with drag queens." Which might explain all the heavy eyeliner and the dark choppy hair.

Although Courtney Love is known for her infamous relationship with Nirvana's frontman, Kurt Cobain, she was a grunge princess herself in the 1990s. After forming her band Hole, she traded her spiked locks for something a bit lighter. Today, she keeps her look more simple with blonde fringe and red lips.

In the 1990s, Offspring's frontman, Dexter Holland, sported long dreadlocks. Nobody knows for sure if his haircut had anything to do with their success, but it's a huge coincidence. He was just a kid who just graduated from college and thought forming a punk-rock band would be cool.

Not long after Dexter Holland chopped off his dreadlocks did The Offspring start to do exceptionally well. With the release of their 1994 album Smash, the band hit their stride as a commercial success. Some people even believe they revived punk in the 1990s. But that couldn't have been because Holland got rid of his dreadlocks, can it?

Before Ozzy Osbourne joined the heavy metal band Black Sabbath, he was just an ordinary joe you'd find in the 1960s. He had long brown hair, no eyeliner, and didn't dress like a satanic leader. Just like most rockstars, drugs and alcohol tend to take their toll. It was no different for the Prince of Darkness and led to his dismissal from Black Sabbath in 1979.

Ozzy Osbourne took that Prince of Darkness title to heart and brought it with him to his solo career. He did really well, too— he even landed his own reality show. There was a blip in time, though, where he felt the need to only own black attire and wear enough eyeliner to cause a stye. As of 2019, Osbourne seems to be returning back to his 1960s charm, with the addition of a tattoo or two.

Michael Stipe was the lead singer of the alt-rock band R.E.M in the 1980s. With a curly crown and a cleft chin designed by the gods, young Michael Stipe was the youngest member of the band and ended up dropping out of school to focus on it. After R.E.M's success, there was a point where Stipe shaved his head save from losing his sanity.

In addition to keeping the bald look, Michael Stipe has added a bushy silver beard. In an interview, he mentions how often he gets Santa jokes around Christmastime. He's more than comfortable in his own skin. And although R.E.M no longer exists, Stipe continues to release singles as a solo-artist. A very mature solo-artist.

After forming the Stone Poneys with a couple of her friends in the 1960s, Linda Ronstadt started her singing career. Without Ronstadt's knowledge at all, her "rock chick" image is what kept her on the cover of various magazines for the next two decades. She solidified herself as one of the most successful female solo performances in rock and pop, dubbed "rock venus" by Rolling Stone.

Aside from the visual transformation of Linda Ronstadt, she's gone through a more life-changing transformation. Her Parkinson's diagnosis came with more than just the loss of her mobility— she lost her voice. Ronstadt isn't doing much singing anymore, but she will remain the First Lady of Rock. She currently rocks a more mature version of her dark hair and spends most of her time reading.

Probably the most iconic image of singer Bob Dylan is that of him in the 1960s, when he was still doughy. His baby face and curls piled to the top of his head give him that innocent aura that's still associated with Bob Dylan today. He spent a good part of the 1960s making a name for himself in the music industry as a folk artist.

While the fluff of his curls remains, they take on a more grey hue nowadays. Bob Dylan is one of those music legends that seem to look the same as they age. He even dresses in a similar, 1960s folk fashion. There's one small thing that wildly makes Dylan look like a different person altogether, though—that mustache.

Ahh, the good ol' moptop days. Keith Richards is best known as a leading member of the Rolling Stones. He was a part of one of the British Invasion bands that became popular in America and was inducted into the Rock and Roll Hall of Fame. Richards and Mick Jagger were the epitome of counterculture.

If there's one rockstar that looks absolutely nothing like his younger, more attractive self, it's Keith Richards. Unfortunately all of those years of drug use and alcohol have to have some effect. They transformed this Rolling Stones songwriter into a sort of mythical creature.

Grace Slick is known for her powerful voice and striking looks. She performed with Jefferson Airplane and sang vocals on songs like "Somebody to Love." Slick was instrumental to the development of rock music during an era where women were only seen as sex symbols. But with her blue eyes and jawline, she had sex appeal for days.

The last time Grace Slick performed was in 1989 and she has since retired from the music scene. In a recent interview, Slick made her opinion known that any "rock-and-rollers over the age of 50 look stupid." It's been a few decades since she was a wide-eyed woman with long black hair and ice blue eyes. Good-bye fringe, hello snowy locks.

David Lee Roth is known for his on-again off-again singing career with the hard rock band Van Halen. The 1960s proved huge for luxurious hair and doughy faces, maybe an open shirt here and there. Roth was a huge sex symbol in the rock industry and his 5-octave vocal range didn't hurt either.

We're not saying David Lee Roth isn't attractive anymore. He just doesn't resemble that psychedelic allure. Gone are the days of luxurious locks and open shirts. Roth is rocking a much more professional, but punk, attire these days—with tattoos to match.

In the 1980s, Vince Neil—lead vocalist for the heavy metal band Motley Crue—was known for his eccentric bleach-blonde hair. He had become part of hard rock's new "bad boys." Although he didn't last with Motley Crue for long, he had a pretty successful solo career.

Fast forward to today and Vince Neil is still rocking that bleach blonde hair. But we can't be sure of how healthy it is after all of those dye jobs. He doesn't look as much like a "bad boy" now as he does a rockstar trying to relive his glory days.

Eddie Vedder, lead singer of the rock band Pearl Jam, has been listed as one of the world's best lead singers ever. Aside from his killer vocals, he also happened to be the epitome of grunge in the 1990s with the middle part in his long brown hair that was tucked behind his ears and all the flannels. Oh, the flannels.

Eddie Vedder hasn't lost his grunge. But he might have combined it with a bit of twang. He looks less like the heartthrob you hung posters of on your wall and more like the guy you know who fixes motorcycles in his spare time, trading in his long-sleeves flannels for flannels with short-sleeves.

Lead singer of the rock band Led Zeppelin, Robert Plant developed an image as a "charismatic rock-and-roll frontman." It was the 1960s, so of course Plant had long, blonde strands of hair that effortlessly framed his docile face. And he never missed an opportunity to show off his body by wearing a vest or a long-sleeve shirt with nothing underneath.

While Robert Plant still has golden curls that frame his face, they don't have as much life to them. Since the disbanding of Led Zeppelin, Plant has formed countless bands to perform with. Slowly turning more and more into a folksy Gandalf character than a rock god, but still rocking every performance.

Designated the Godfather of Punk, Iggy Pop was attractive in his youth—in a springy, punk way. He was a vocalist of the proto-punk band the Stooges in the 1980s. But his yearbook photo didn't imply that this young wide-eyed boy would ever transform into a rock icon.

Today, Iggy Pop remains an icon in the punk world. He's traded in his bowl cut for long, thinning blonde hair. Believe it or not, Iggy Pop is still incredibly ripped for a 70-something year old man. Never mind the many many wild nights of rock-and-roll, Pop's still got it.