Jen Arbues
All Of These Romantic Comedy Couples 100 Percent Broke Up After the Credits Rolled October 27, 2017 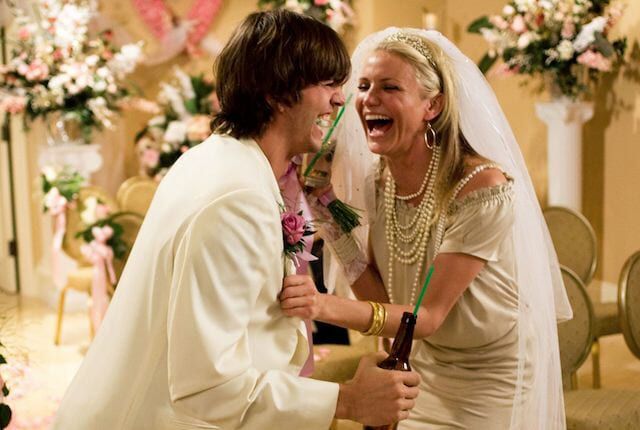 Everyone loves a good romantic comedy every now and then. It’s nice to think about a universe in which the most unlikely people wind up falling madly in love, presumably living out the rest of their days together. But let’s be real: Not every one of those rom-com couples would actually last. In fact, most of them probably wouldn’t make it very far beyond the end credits. These are the rom-com relationships we can pretty much guarantee went down in flames right after their fairy tales ended.

Alison and Ben are that quirky, opposites attract couple that Judd Apatow seems so fond of using in his movies. While they try to give their baby makes three relationship a chance, it’s pretty clear they have completely different outlooks on life. Also, using an unplanned baby as a catalyst for love is a sure fire recipe for relationship disaster.

[dx_custom_adunit desktop_id="RTK_K67O" mobile_id="RTK_5yk0"] While it’s nice to imagine the most popular boy in school falling for the social misfit and living happily ever after, the idea that two teenagers with little in common could manage to find everlasting love is a concept only other 16-year-olds can buy into. In all honesty, we wouldn’t expect this thing to last past college, if that.

Can you ever really trust a guy who decides to pursue you while also engaged to another woman? Regardless of whether or not he and his fiancée are actually in love with one another, he put a damn ring on her finger and then went after another woman. This is not a relationship built on a foundation of loyalty. What happens when the next wedding planner comes around?

Considering Ben and Andie both went into this thing for purely selfish reasons, on top of the fact that for the majority of the movie, they were lying to each other about their real personalities, the idea that they’d ever be able to sustain something true and meaningful for very long is pretty laughable. Although it might make for an entertaining sequel.

[dx_custom_adunit desktop_id="RTK_K67O" mobile_id="RTK_5yk0"] This one is hard, because 1. Who doesn’t love Drew Barrymore? and 2. We were literally all rooting for Josie Grossie to find her high school redemption the entire movie. But we just can’t overlook the fact that Sam thought she was in high school as he was falling for her. And if he’s into 17-year-olds, what does that say for their relationship when she turns 40?

See Alison and Ben from “Knocked Up,” and add in Samantha and Jake from “Sixteen Candles.” We’ve seen enough episodes of “Teen Mom” to know this one is 100 percent headed for catastrophe.

Kat Stratford and Patrick Verona (“10 Things I Hate About You”)

While the petty arguments and wry banter got them — and us — through an hour and a half of screen time, we’re pretty sure it isn’t going to get them much farther. And yes, we’re well aware “10 Things” is a Shakespearean adaptation in which they do wind up together forever, but this isn’t 1590, and there are plenty more people in the world to choose from.

[dx_custom_adunit desktop_id="RTK_K67O" mobile_id="RTK_5yk0"] Because nothing says husband material quite like having a restraining order taken out against you for nearly beating a man to death.

Danny Maccabee and Katherine Murphy (“Just Go With It”)

There are so many ridiculous lies strewn between these two and the people around them, we kind of have to wonder if they’re even capable of being honest. Sure, they may have connected on their Hawaiian vacation, but it can’t be easy to stay in love when you’re back in the real world and not drinking Mai Tais in a tropical paradise everyday.

Attraction aside, a relationship between a guy who thinks women should praise him in bed and a girl who thinks love should be like “Chicken Soup for the Soul” is destined for one thing only, and that’s a therapist’s office.

[dx_custom_adunit desktop_id="RTK_K67O" mobile_id="RTK_5yk0"] Vegetarian environmentalist vs. carnivorous smoker: theirs is a conflict that will never see peace.

One will never know true love until they’ve gotten pregnant, rushed into marriage, divorced just as quickly, and then married again. Alex and Isabel are so ambivalent toward one another that we’d half expect them to divorce and remarry seven more times before their kid hits junior high.

Jack Fuller and Joy MacNally (“What Happens in Vegas”)

Jack and Joy spend the entirety of their sham marriage coming up with ways to undermine the other in order to gain control of a Las Vegas jackpot. They literally hate each other for six months before magically realizing they’ve been in love the entire time? Sorry, but no.

[dx_custom_adunit desktop_id="RTK_K67O" mobile_id="RTK_5yk0"] No. 1 way to a girl’s heart: Carry on a torrid affair with her mother and then interrupt her wedding ceremony like a damn jackass.

We’ve actually seen Hollywood hookers, and Julia Roberts they are not. These two have absolutely nothing in common, so it wouldn't take long for the lustre to fade. Although trying to imagine the uncomfortable small talk at their first family Christmas makes for endless fun.