Terrifying Children’s TV Characters That Gave Us All The Nightmares

Holly Adler
Terrifying Children’s TV Characters That Gave Us All The Nightmares October 2, 2017 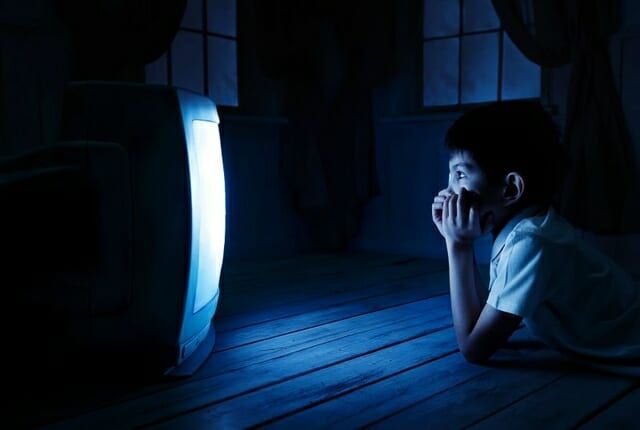 Children's television programming taught and entertained us through fun, creative ways. But every once in a while, those fun or educational concepts got lost. This happened when certain characters took center stage. Some characters didn't teach us how to count or solve mysteries. Instead, these characters did nothing more than haunt our dreams. Here are the most scary kids' TV characters that gave us nightmares.

Talking purple dinosaurs sounds fun, right? Wrong. Barney is actually terrifying. He does preach about love and working together, but he does so with a bunch of children. Adults probably need more help than kids, but the concept of the show is still frightening no matter whom he preaches to.

Even if you don't have a fear of spiders, you can understand where the fear originates just by looking at Spiderus. He comes from the kids show "Miss Spider's Sunny Patch Friends." Not all of Miss Spider's friends can be winners, because this guy was drawn directly out of someone's nightmares.

"Teletubbies" creator Anne Wood is on a roll, as is British children television, because both have made it on this list multiple times. Each colorful Teletubby has a television implanted into its abdomen, as well as a shaped antenna on its head. Why? Because Anne Wood likes terrifying children.

As seen on "Captain Kangaroo" and "Commander Tom's World," with the price of your cable subscription, you can see these terrifying talking toothbrushes on your TV. Maybe if their eyes didn't seem like they were hollowed out to showcase the blackness of their souls, it would be less frightening.

Putting faces on vehicles is the definition of pure terror. What's most terrifying about this are people being allowed inside the talking vehicles. In "Thomas and Friends," all forms of transportation have life and personalities, but humans can go inside of them. Ick.

Ms. Bitters is from the Nickelodeon show "Invader Zim." This gangling, old woman is bitter (hence the name), and no one knows exactly what she's capable of. In one episode, she's covered in cockroaches. In others, she twists her body into inhuman positions, emitting low-pitched, bubbling growls.

Short for Alien Life Form, ALF was introduced to the world in 1986. What exactly is ALF? Possibly a woolly mammoth combined with an anteater. The most terror-inducing aspect of ALF is his hair. Is it an overgrown mohawk or a bad combover? We'll never know.

Do not be deceived by the upbeat theme song of "The Adventures in Wonderland." This show is pretty scary. Of all the characters, the Caterpillar wins out for the fact that he is another human-animal hybrid, but combined with early '90s aesthetic for an all-around horrible mashup.

From the 1970s series "The Bugaloos," Peter Platter is the walking definition of terror. The show was about a British musical group living in Tranquility Forest. Peter may seem like a kooky DJ, but the demonic red glasses and horrible fashion sense are enough to make us hide under the covers.

Angela Anaconda appeared on a Nickelodeon animated sketch comedy series called "KaBlam!" This show was one of the best on the channel from 1996 to 2000. But whenever Angela Anaconda showed up, everyone would run for cover. Just look at the animation. This requires no explanation.

Every character From "Clutch Cargo"

"Clutch Cargo" was a television series with a limited run in 1959. It combined the excitement of animation and the terror of super-imposing live actors' lips onto the characters. Granted, they went this route due to a tight budget, but the end result was downright blood-chilling.

We can all thank U.K. children's television producer Anne Wood for the creation of the Boohbah. These creatures cannot speak. Instead, they make various strange noises. They even possess the talent of retracting their heads into their necks. Thanks for the nightmares, Anne.

Let's take it back to 1969 to the ever-so popular children's series "H.R. Pufnstuf." For those unfamiliar with this show, it involved Jimmy (a shipwrecked boy) who is brought to Living Island, home to dancing/talking trees and animals. And the Mayor, you guessed it, the "dragon" H.R. Pufnstuf.

Bozo first appeared on television in 1949 and soon became the mascot of Capitol Records for several years. With all the hype from Stephen King's "It," everyone is talking about clowns these days. Pennywise, move over, because you have nothing on Bozo the Clown.

A big hit in the U.K. in the early '90s, Mr. Blobby is from BBC variety show "Noel's House Party." Mr. Blobby communicates only by saying "blobby" in an electronically altered voice. Think of Groot, but if he had the worst case of chicken pox, and got his fashion sense from Bozo the Clown.

Frankly, all members of the Banana Splits are horrifying, but Bingo takes the cake because of how disproportionate his entire face is to the rest of his body. The overly wide mouth and small sunglasses do nothing other than induce the worst of nightmares.

When one thinks of a granny, one think of a kind, old woman. But the show "Readalong" (a Canadian educational series shown from 1975) created a granny that had more in common with a gremlin than a person. If she isn't scary, the music is enough to make you wish you couldn't hear again.

"Mister Meaty" was a show on Nickelodeon with crudely designed puppets. Edward R. Carney was the main villain on the show. He was short-tempered, selfish, and absolutely terrifying. Some may have seen this character as hysterical, but many others remember him as the cause of their insomnia.

Every Villain From "Courage The Cowardly Dog"

"Courage the Cowardly Dog" put the fear of God into every child. The series itself illustrated what it was like being a child, trying to communicate your fears to your parents, who never understood that monsters lurked under your bed. Every villain on the show was absolutely terrifying.