Where Are They Now? The Cast of ‘School of Rock’

Sarah LaPointe
Where Are They Now? The Cast of ‘School of Rock’ September 25, 2019Leave a comment 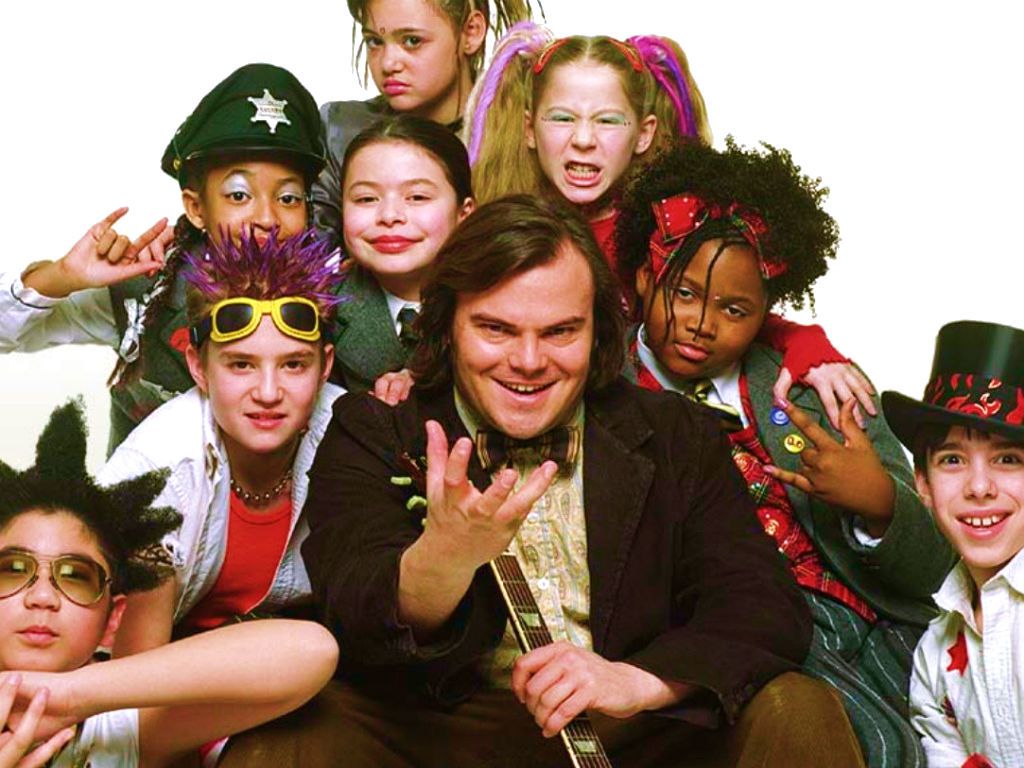 Released back in 2003, "School of Rock" received critical acclaim when it introduced a struggling rock guitarist to a group of musically talented prep school students. Wonder what the kids of "School of Rock" look like now that they're all growns up? Find out now...

Playing Dewey Finn, Jack Black is kicked out of the band "No Vacancy" due to his wild on-stage antics. Strapped for cash, he impersonates his friend as a substitute teacher and discovers the hidden talents of his students. Before becoming a breakout star, Black had appeared in "Mars Attacks," the "Tenacious D" television series, and "Shallow Hal."

Since "School of Rock," Black has delved into various movie genres from comedic roles in "Nacho Libre" and "Tropic Thunder" to romantic films like "The Holiday" and young adult horror with appearances in "Goosebumps" and "The House with a Clock in Its Walls." He's also provided the voice for Po in the "Kung Fu Panda" trilogy and is currently set to reprise his role in "Jumanji: The Next Level."

As the principal of Horace Green Prep School, Rosalie Mullins is very uptight and upholds the rules. However, it's revealed during an outing with Dewey that Mullins used to be a wild child in her youth and is a huge fan of Stevie Nicks. Before her days as a principal, Joan Cusack was on "Saturday Night Live" and appeared as Debbie in "Addams Family Values."

Cusack has since went on to voice Abby Mallard in "Chicken Little" and Jessie for the "Toy Story" franchise. She also reprised her film role as Justice Strauss for the Netflix adaptation of "A Series of Unfortunate Events." From 2011-2015, she played Sheila Jackson on "Shameless."

As the writer and producer of "School of Rock," Mike White also played the role of Ned Schneebly. Best friends and roommates with Dewey, Ned often shrugs off his lazy behavior. He's also very submissive and allows his girlfriend to be the authoritative one in the relationship. White's writing credits include episodes of "Dawson's Creek," "Freaks and Geeks," and "Pasadena."

After "School of Rock," White went on to make appearances in "The Stepford Wives," "Pushing Daisies," and "The D Train." He also starred in and produced the HBO series "Enlightened." He's also the screenwriter for "The Emoji Movie" and "Pitch Perfect 3."

Silverman has gone on to become a world-famous comedian and had her own television show called "The Sarah Silverman Program" from 2007-2010. She's appeared on "Masters of Sex" and was romantically involved with her costar Michael Sheen before the two split last year. She's also provided the voice of Vanellope in both "Wreck-It Ralph" films.

Class pet Summer Hathaway quickly asserts herself as the band's manager when she's disatisfied with Dewey's initial decision to have her be one of the "groupies." This role was Cosgrove's second, having first played the young Lana Lang in an episode of "Smallville."

After her performance in "School of Rock," Cosgrove went on to make appearances in "Zoey 101" and "Unfabulous" before starring as Megan in "Drake and Josh" and the main character of "iCarly." She's also sung and performed in her own music videos such as "Stay My Baby" and "Kissin U." She's provided the voice of Margo for the "Despicable Me" franchise and in 2018, starred in Marshmello and Bastille's music video for "Happier."

Zack Mooneyham is an avid electric guitar player and rebels against his strict father by becoming the lead guitarist in the school's band. He goes on to write the band's first song which they perform live during the Battle of the Bands. "School of Rock" is the first and only acting credit under Gaydos Jr's name although he was a musical guest on "The Tonight Show with Jay Leno" and appeared on "The Sharon Osbourne Show."

In March, Variety reported that the actor was charged by Florida police for stealing four guitars and an amp. The thefts happened within a five-week span and targeted shops in Sarasota, Venice, and North Port. NBC reported one of the guitars cost $1,900. When apprehended, Gaydos stated the thefts were due to "his drug addiction, according to Venice Police department records."

Fiesty Alicia becomes one of the background singers of the band after she auditions for Dewey by singing "Amazing Grace." Before her debut in "School of Rock" she lended her voice to various "Blue's Clues" episodes. She also made an appearance as The Flower Girl in "The Best Man."

After "School of Rock," Aleisha continued to do voice work for "Blue's Clues" as the Side Table Drawer before starring as Lindsey in "Are We There Yet?" and "Are We Done Yet?" In 2012, she starred in "You're Nobody 'til Somebody Kills You."

Rebellious Freddy Jones becomes the band's drummer and during their attempt at auditioning for Battle of the Bands, is reprimanded by Dewey for straying from the group to hang out with some shady musicians in their van. "School of Rock" is the only acting credit Clark has though he's made a musical appearance on "The Tonight Show with Jay Leno."

Maintaining strong friendships with his fellow "School of Rock" castmates, Kevin is especially close with Rebecca Brown who played Katie. Currently residing in Chicago, he's continued his musical career and plays for the band 'Robbie Gold.'

Originally a cellist, Katie is instructed by Dewey on how to play the bass guitar. Portrayed as being extremely shy, she fully embraces her rocker chick side when she performs on-stage. Before her debut in "School of Rock," Rebecca appeared on "Live! With Kelly" and "The Sharon Osbourne Show."

According to her own website- bookbeecabrown.com- Becca has performed for various improv and theatre groups in Chicago. She's also a member of the Screen Actor's Guild and Actor's Equity Association. She's a self-described hardcore feminist and wrote and performed "Sorry" in which she apologies for all the things women "aren't supposed to do."

After uttering the still iconic phrase "You're tacky and I hate you," Brian Falduto stole our hearts as Billy. Clearly a fashion expert, he was dubbed the band's official costume designer. "School of Rock" is Falduto's first acting credit.

Since his debut, Falduto appeared in "Dosed" and is set to play Benji in "Fishing: The Series." He's also a talented country music artist and devoted to numerous LGBT non-profits like The Trevor Project and S.A.G.E. He's the founder of a life coaching business and can be found on social media under @thegaylifecoach.

As Tomika, Maryam Hassan stunned Dewey and audiences with her powerful pipes and earned her spot as one of the background singers for the school band. She also shared a tender moment with Dewey when they both expressed their lack of confidence when it came to their body image. Hassan had previously made appearances on "The Sharon Osbourne Show" and "Living it Up! With Ali and Jack."

Like most of the child cast, Hassan's only acting credit was "School of Rock." She has since went on to have her own Youtube channel (@mayhrenate) where she sings covers of Rihanna and Aaliyah songs and posts makeup tutorials.

After singing "Tomorrow" from the Broadway hit "Annie," young Marta earns her spot at the third background singer. Before her appearance in "School of Rock," Hale voiced the Orange Kitten in "Blue's Clues."

E! News reported the cast of "School of Rock" held a mini reunion at a New York bar celebrating 15 years of friendship. The story also revealed Caitlin Hale had begun a romantic relationship with her co-star Angelo Massagli who played Frankie in 2018 and her Instagram (@caitlinmhale) suggests the two are still going strong.

Very knowledgable about computers, Gordon is tasked with handling the special effects and lighting during the band's performance at Battle of the Bands. The tech whiz, played by Zachary Infante, dazzles the audience with his spectacular light show and graphic displays of the band's logo.

Since "School of Rock," Infante has starred as Francis Flute in the 2014 filmed live performance of "A Midsummer Night's Dream" and made an appearance on "Gotham" as Jake. He is also the producer of the 2017 short entitled "The Black Experience."