The Craziest Things That Ever Happened on ‘Storage Wars’

Camila Villafane
The Craziest Things That Ever Happened on ‘Storage Wars’ July 2, 2019Leave a comment 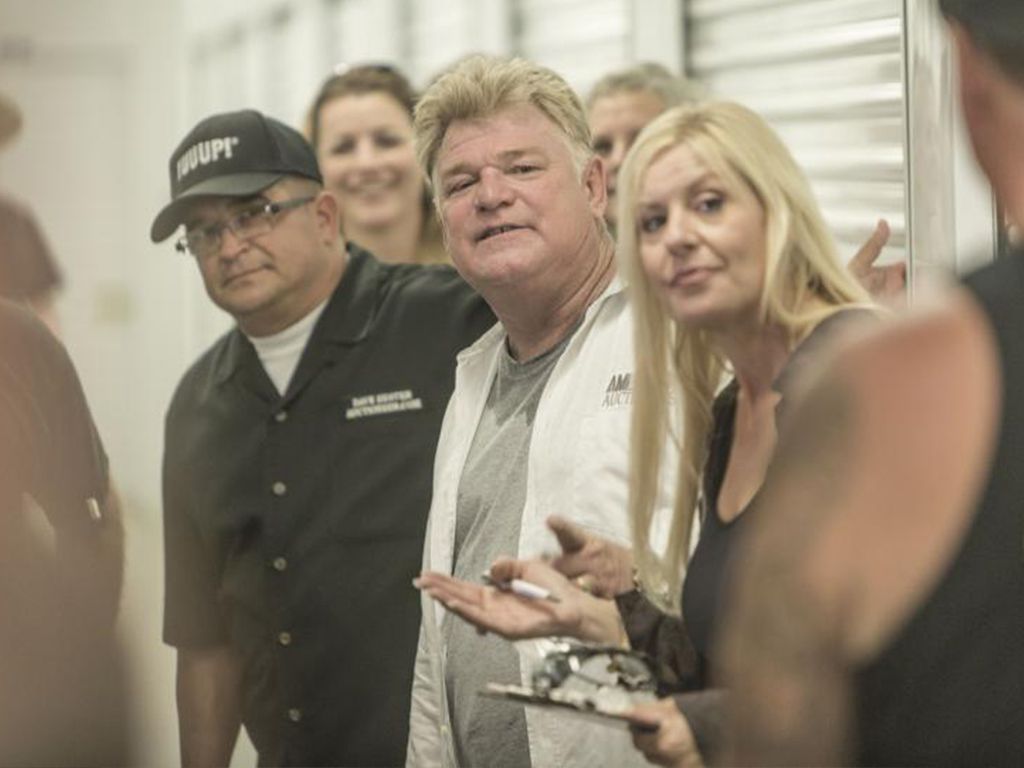 A lot of the stuff they find on "Storage Wars" is trash. Some units turn out to be the ultimate troves. But others are so frightening, they’ll freeze your soul and make you wonder who put these things there in the first place...

This Bid Packed a Punch

During season 8, episode 7, the show’s auctioneer Dan Dotson failed to bid on a storage locker. So the show’s producers told co-star Dave Hester to talk to Dan about the mistake. But Dan got really pissed off and threatened Dave. Then Dave threw the first punch escalating things to the point he ended up hurting someone else.

Dan’s wife Laura supposedly jumped on Dave’s back but got hurled to the ground. The whole thing was caught on camera, and Laura was heard cussing at Dave, who got kicked off the set and headed to the hospital to get a tetanus shot because Laura scratched him. Talk about drama!

In season 2, episode 5, Barry Weiss’ bid on a storage unit that contained a box with a wooden head. It had glass eyes, dentures and a window pane in the back of the head that gave anyone looking into it a peek inside the “man’s head. But why was Barry so excited over this creepy looking thing?

Value Was in the Eye of the Beholder

After talking with an expert, Barry discovered that the head was created by a wood sculptor and painter from California named Mike Medow and that the piece was actually worth $6,000. Not too shabby!

Adult content distributor Hunter Moore posted a nude video of Storage Wars star Brandi Passante on his site, IsAnyoneUp.com. So, Brandi sued him for $2.5 million. But the judge couldn’t justify ordering Moore to pay that much. Instead, he awarded her a pretty lowball sum.

The judge ordered Moore to pay a mere $750. Brandi claimed the video was made up but grew anxious her family would see it when he tried posting it this time on social media, so she sued for defamation. The court ordered Moore to pay for Brandi’s attorneys’ fees and costs.

This Find Was Quite a Peep Show

During season 2, episode 6, Barry Weiss spent $7,000 on a storage unit that contained a vintage peep show machine. The giant spinning wheel was built in the early 20th century and people had to crank the device to watch the images spin like a flip book.

Think of it as a precursor to a DVD player. Although the device could have been used for other things, people of the era used it mainly to watch pornographic movies, hence why it earned the name peep show machine.

According to TMZ, an anonymous bidder bought a unit from the Dotsons from "Storage Wars" for a measly $400. Too bad the reality TV couple didn’t realize at the time that the unit contained a trunk with $24,000 in cash.

The Bills Were Defaced

Unfortunately, all the bills had the faces cut out. So the trunk was full of faceless bills. While we don’t know why anyone would do this, the serial numbers on the bills were intact, which meant the bills’ value wasn’t affected.

During season 5, episode 5, Brandi Passante bid on a storage unit for $900 and won. When she dug into a tool chest, she found a couple of tools and a heater that wasn’t worth much. Then, she pulled out another box containing things that had an eerie supernatural vibe.

It Had Bad Juju

The box contained human hair, chicken bones, a deer skull, statues and an assortment of items made out of animal parts. What she did with them is anyone’s guess. Maybe she used it on Hunter Moore? Who knows!

Is That a Stripper Pole?

As "Storage Wars" stars, Rene and Casey Nezhoda discovered in season 5, episode 5, you can find all kinds of weird things inside people's lockers. But the last thing they expected to find amongst a storage unit full of junk was a stripper pole.

Casey refused to let Rene go to a club to have the pole appraised so instead they went to a dance studio to see if it was worth anything. It turns out that it was only worth about $200 to $300. Meh! It's better than nothing!

An unnamed man reportedly found a safe inside a storage unit he bought for $500 from "Storage Wars" star Dan Dotson. The new owner called on two locksmiths to get the safe open. When the second one finally succeeded, the man couldn't believe his luck. He found a $7.5 million dollar cash bounty. But the story doesn't end there...

There Was a Fortune Inside

The safe’s original owners contacted the man through their lawyer shortly after he discovered $7.5 million inside. The owners initially offered him $600,000 to retrieve the money. Then they offered him $1.2 million in exchange for the rest of the money and he accepted the deal.

Although the cast of "Storage Wars" remained relatively the same over the years, there have been a couple of people who have left the show. Just ask Brandon Sheets, the son of Darrell Sheets. Not only did he vanish into oblivion, but it looks like he didn’t go willingly.

Gone but Not Forgotten

Fans didn’t know what was going on behind-the-scenes. But judging from Brandon’s tweet in 2017, leaving the show wasn’t his choice. The network supposedly canned him because they didn’t have the budget to pay him, and he wasn’t shy about expressing his true feelings about the whole situation.

The Attack of the Baby Dolls

In season 8, episode 18, Brandi and Jarrod were rummaging through a bunch of junk inside a storage unit. Then Brandi opened a tiny trunk and discovered a series of vintage baby deals and she just freaked out.

At Least They Were Vintage

The old trunk contained clothes and creepy dolls with apparent skin conditions from their long-term confinement. But Jarrod made sure to tease Brandi and told her she had probably released some sort of curse that’s attached itself to her soul.

During season 11, episode 11, Darrell Sheets brought his granddaughter Zoe to help him go through a locker he had bid on. Along the way, the duo discovered a series of animal bones, but were they worth anything?

They decided to go to a place called "The Bone Room." That’s where they met Diana, who identified what animal the bones belonged to, but when Darrell asked her how much they were worth, they learned it was illegal to sell them.

During season 2, Dave Hester decided to try his hand at acting so he could fool other bidders into thinking that the locker they were in was filled with nothing more than a bunch of non-functional vending machines.

One Person’s Trash Is Another Person’s Fortune

But no one knew that Hester had found a new vending machine among all the other worthless machines. He snagged the unit in the bid war for $1,300, but he made about $28,000 after he sold the vending machine. Clever, clever man.

Jarrod and Brandi once found a mystery box in one of the units. The only problem was that they couldn’t open it. So, Jarrod tried cracking it the old fashion way with a hammer to see what was inside but the box was being stubborn.

Was It Worth the Trouble?

Sometimes, you bid on something and you find gold. Other times you spend money and make nothing. That’s the lesson Jarrod and Brandi learned when they managed to open the safe. As it turns out, it was totally empty. You almost felt sorry for them!