Jen Arbues
The Story of How the San Diego Comic-Con Went From Small Event to Industry Giant July 23, 2018 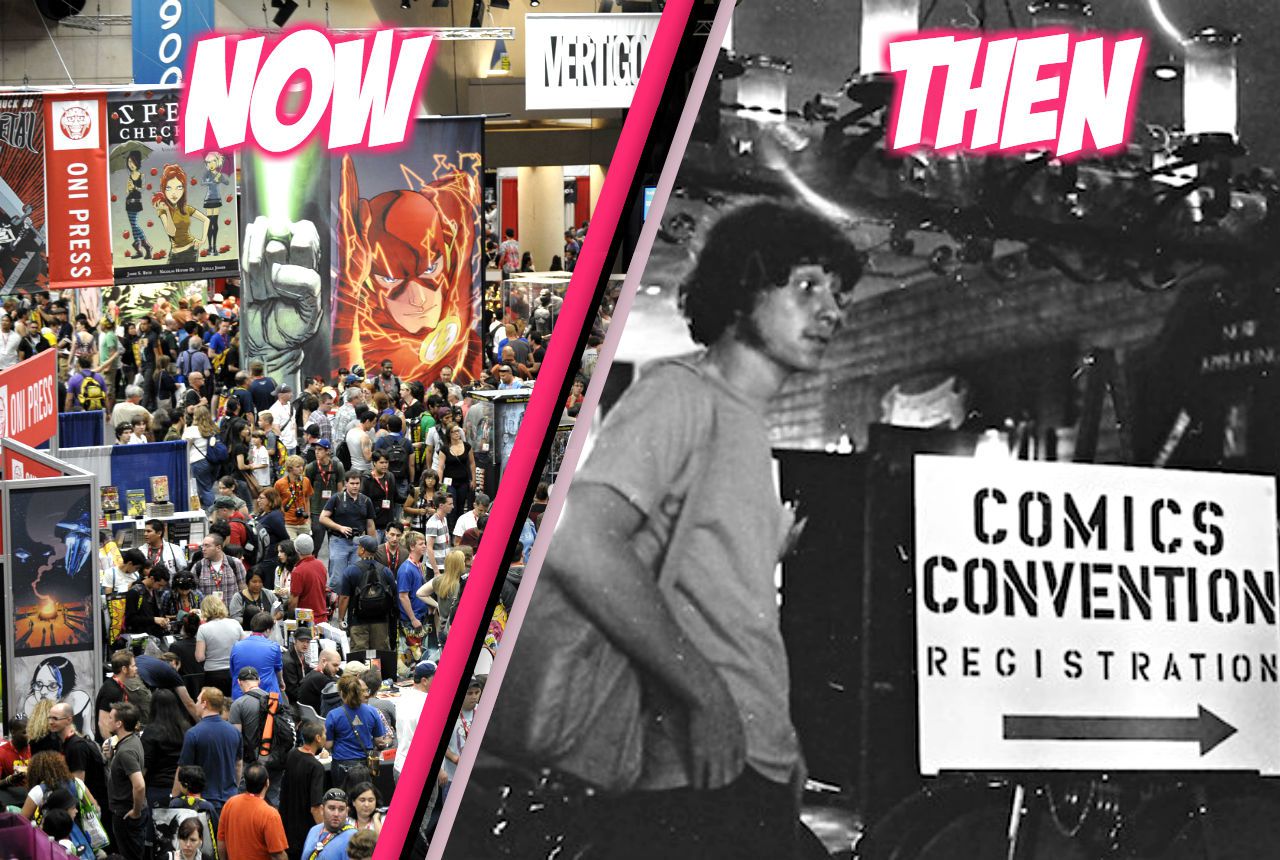 Today, San Diego Comic-Con is a pop-culture phenomenon. Because the four-day event isn’t your average comics convention. It transforms an entire city into a safe haven for geeks, nerds and fans of all ages, shapes and sizes. Tickets are nearly impossible to get. And the most sought-after collectibles are even harder. But it hasn’t always been the beast it is now. At its start, San Diego Comic-Con was nothing more than a modest show held in the basement of a local hotel. Lovers of comics, science fiction, and fantasy spent a few days buying trades and chatting with industry speakers. Here’s the story of how the convention went from small time to the $180 million behemoth it is today.

This is San Diego Comic-Con.

It’s a huge annual convention that was created to celebrate comics and pop culture. Although its main draw today seems to be for film and TV lovers, the nonprofit is, at its core, a celebration of comics and their impact on art and culture.

It’s the largest comic and pop culture festival in the world.

Today, its attendance numbers are over 167,000. It holds the Guiness World Record title for such a festival, and people in every manner of fandom travel from all over the world for the four-day event.

But it wasn’t always the convention juggernaut it is now.

The first ever “minicon,” a single-day event held at the U.S. Grant Hotel, only drew about 100 attendees. Less than four months later, it had its first full-fledged three-day event, which drew in a crowd of about 300.

And it wasn’t always called San Diego Comic-Con, either.

During its early years, the con was held in local hotels.

The year after the U.S. Grant Hotel, the convention was moved to the University of California, San Diego, before calling the El Cortez Hotel home for most of the decade (with the exception of 1973, when it was held at the Sheraton). Between 1979 and 1995, it bounced around between several Convention Center hotels before it finally made a permanent landing at the San Diego Convention Center.

Its original intent was to showcase comic books and sci-fi and fantasy film, TV, and similar stuff.

Although its founders set out to share their love of comic books with the world, they felt it was important to include their other geeky loves as well. And Comic-Con is also home to the Will Eisner Awards, which are essentially the Oscars of the comic world.

The convention’s first guests were pretty notable for the time.

Even in its first year, SDCC managed to bring in some top notch talent. Author/screenwriter Ray Bradbury, best known for his sci-fi work, and legendary comic creator Jack Kirby were among the first to appear.

Kirby was the real person responsible for making Comic-Con about more than just comics. He suggested the organizers include other forms of multimedia, which would draw in a larger fanbase — not just sci-fi and fantasy, but anime and horror as well.

Although small, there was plenty to do.

Held in the basement of the U.S. Grant Hotel (that first year didn’t even take up an entire single building),San Diego’s Golden State Comic-Con set the example for pretty much every similar convention to follow. It had a dealer’s room, a number of different programs and panels, and film screenings available to its attendees.

The first Masquerade debuted in 1974

It’s an event that’s become one of the biggest draws for cosplayers and fans alike. The Comic-Con Masquerade is an annual costume competition that gives out some pretty amazing prizes — like those impossible to get 4-day passes for next year.

In 1976, the publicity supervisor of an unknown sci-fi film hosted a panel showing slides.

That film was Star Wars. And although the audience was skeptical at the time, Star Wars would go on to become the highest grossing film of all time in 1977, holding on to that title until the release of E.T. the Extraterrestrial in 1982.

For years, though, the convention remained fairly small.

Throughout the ‘70s, attendance remained pretty low, peaking at a whopping 6000 people in 1979. It grew little by little in the ‘80s, and by the end of the following decade, ticket sales had reached 42,000.

The release of X-Men in 2000 changed everything.

X-Men served as proof that American audiences had a real interest in comic-based movies. Comic book filmmakers decided to use the convention to promote their upcoming films, which began a long running tradition that serves as Comic-Con’s main draw today.

As the success of comic movies increased, so did attendance.

Since 2000, attendance at San Diego Comic-Con has increased exponentially, from 48,000 to over 130,000 in 2017. This is due, in large part, to the fact that movie studios were using the convention as a platform to showcase an even wider variety of films, which of course brought in a wider variety of fans, desperate to catch an exclusive first look.

The 6500 seat auditorium was opened with the purpose of catering to large presentations by studios. For years, fans would camp out in a line that wrapped around the entire convention center in hopes of getting in before a wristband system was finally implemented.

Since 2007, tickets have completely sold out.

Back in the day, fans could score tickets to Comic-Con weeks — or even days — before the big event, but those days are long gone. In 2011, tickets sold out in the first day. Now, it’s only a matter of minutes.

SDCC is a huge money maker for the city.

People need to eat. And people need some place to rest their weary, geeky heads at night. San Diego Comic-Con isn’t just a convention. It’s an entire city experience. And every year, $180 million gets pumped into the local economy.

Today, the convention occupies a ridiculous amount of space.

The main exhibition hall alone is over 460,000 square feet of row after row of comics, gear, clothing, and collectibles. You could spend hours (or days) exploring the convention floor, and it wouldn’t be enough time to take in every part of it.

And that isn’t exclusive to the convention center.

The surrounding hotels, bars, and restaurants all participate in the convention, whether it's as simple as decorating for fandoms, or hosting interactive experiences for studios. Up until 2016, Petco Park held an annual Walking Dead Escape obstacle run with zombified actors.

The programming schedule is also enormous.

Over the course of four days, over 700 separate events can be found at the convention. These range from panels to autograph signings to exclusive booths. But there’s definitely something for everyone in attendance, if you’re willing to wait in line for it.

And it’s a must for serious collectors.

Lego, Hasbro, Funko, Gentle Giant, Mattel, NECA, ThinkGeek, Sideshow, and more release collectible merchandise exclusive to the convention. Some resell for hundreds more than their original price. Most of them come with a buy limit in order to ensure fans get a real chance at getting hold of their favorites. And sometimes, getting that single item is an all-day event.

But it might be getting a little too big.

With tickets selling out in an hour and a half, and the need for a lottery system to book hotel rooms, fans have questioned whether or not San Diego Convention Center is a big enough venue for the con. But it isn’t going anywhere anytime soon — the city has a contract to host the convention up through 2021.

Have plans to visit the convention?

Here’s what you need to know. If you haven’t already, visit the Comic-Con website ASAP to set up a Member ID. Then keep an eye out for emails, as they’ll give you a heads up on badge sales. And learn your bus routes — unless you’re one of the lucky few to land a room at the Hilton, you’re going to be seeing a lot of the inside of one.