Strict Rules TikTok Stars Have to Follow in the Hype House 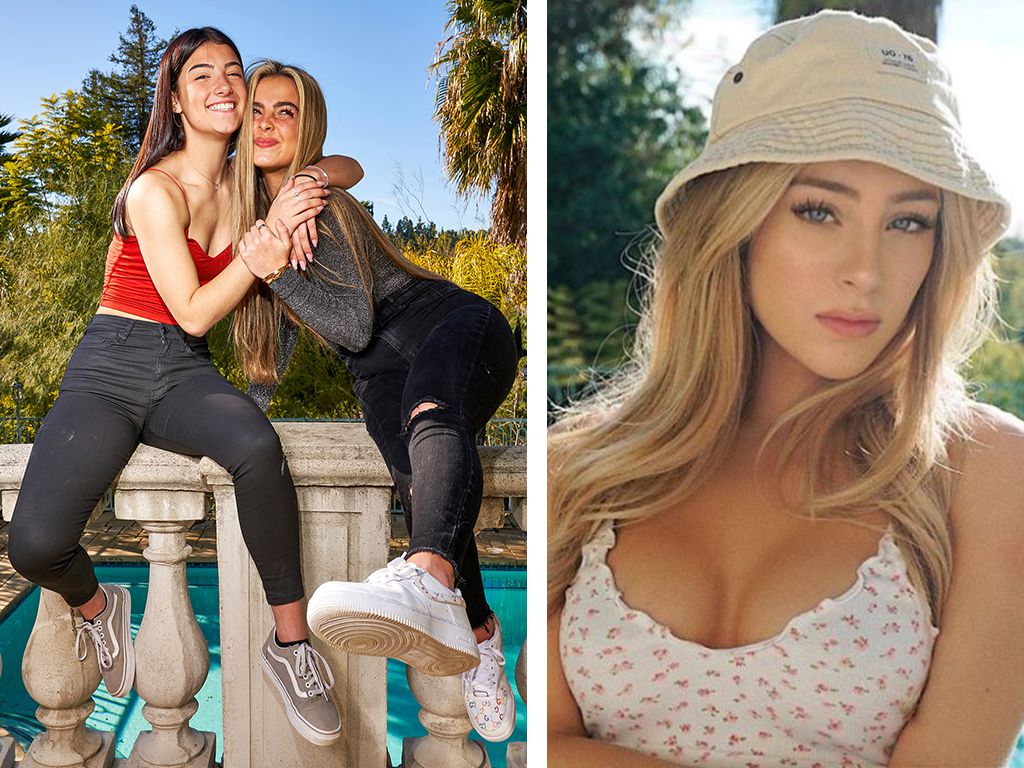 Unless you've been living under a rock, then you're probably familiar with TikTok, the social video-sharing app that's been taking over the world. TikTok celebs are popping left and right, and slowly but surely, they're redefining the power of influencer marketing. But in 2019, a talented group of teens moved in together at the Hype House in Los Angeles, California, to create and release fresh and exciting content. But they have to follow a set of strict rules if they want to stay in the house.

They Have to Dish Out Content All the Time

Anyone living in the Hype House has to produce a minimum of three videos a day, regardless of whether it’s 21-year-old Larray, the new addition to the house, or Chase Hudson, a TikTok creator with over 17 million followers. The Hype House welcomes anyone with star power, but you can't just lounge around without filming something. "This whole house is designed for productivity," said Thomas Petrou, one of the founders of the Hype House.

“It’s 24/7 here. Last night we posted at 2 a.m.,” said Thomas Petrou, one of the founders behind the house. “There’s probably 100 TikToks made here per day. At minimum.” Anyone who can’t adhere to this rule will have to pack up their bags and lighting equipment and take a hike. But this doesn’t mean that everyone’s not on a schedule.

The House Has a Den Mother

Petrou is the oldest member in the Hype House, so far. So, he’s taken on the role of leader and protector of the group. This means that it’s his job to manage everyone’s schedules and diffuse any problems before they become a major issue. But does everyone know what they’re in for coming in?

Everyone Has to Get Along

Newbies like Larray, (who was officially welcomed into the house on January 29) have to get along with all the other creative geniuses in the house. There’s no room for issues stemming from gossip, negativity, rumors, or drama. But not everyone is suited to live with one another. So before they join the house, co-founders Thomas Petrou and Chase Hudson have to test the newbies first.

Potential Members Must Test the Waters

The best way for Petrou, and other members like Kouvr Annon, (who's got almost 5 million followers on TikTok) to know if someone’s the right fit is by inviting potential newbies to spend some time with everyone else to see if they get along okay. But it's not like anyone can just walk in the house and test the waters!

Chase Hudson knows that talent is the key to staying relevant on TikTok. After all, people from all over the world go on the popular app looking for videos of dance choreographies, funny skits, lookbooks, and stunts. So, he is in charge of scouting fresh talent to bring into the house. But there’s one thing he doesn’t have time for and neither does anyone else in the house.

They Have No Room For Drama

Even among the best of friends, avoiding drama can be challenging. Although putting a bunch of creative minds under one roof has plenty of benefits, (in theory) the reality is that common problems like messy living habits and refusing to compromise can tear a group of people apart. So, the house mates nip the drama in the bud right before it has a chance to start. But that doesn’t always work.

A Founding Member Broke the Rules

Many people don’t know that Daisy Keech is the third founding member of the Hype House. But all the drama came to a boiling point when Thomas Petrou announced a line of Hype House merchandise, without running it through Keech first. So, she got a cease and desist letter, which required Petrou to get her consent before using the Hype House name. This caused a major break in their relationship. Sadly, this caused one of the members to leave the house.

“The weird people get the furthest on the internet,” Hudson told The New York Times. “You either have to be talented at something, or a weird funny mix, or extremely good looking.” You also have to be young and full of energy. But whatever you do, you have to make sure to not break anything around the house or you'll pay the price.

No Clowning Around in the House

While being playful and energetic is always encouraged in order to create fun content, ridiculous antics are not allowed. But those that do are in for a world of trouble if they accidentally break something while messing around.

You Break, You Pay

Everyone who walks through the doors of the Hype House is told that if they break something in the house, they’ll have to take money out of their own pockets to replace it, whether it’s a broken window, a door, or a pricey piece of tech. Plus, they'll have 15 days to replace whatever it is they broke. Fortunately, the house is pretty spacey which makes it really hard to break something.

There Has to Be Tons of Interior Space

Although some Hype House members might dance or sing, others will go the extra mile and perform stunts for their followers. But not all of these stunts are done outside. Fortunately, there’s plenty of interior space inside the Spanish-style mansion than in most conventional homes.

The House Needs to Be Minimally Furnished

When it comes to furniture, the Hype House only has the most basic items, which includes three beanbag chairs. This gives the members ample space to dance, do back flips or anything their young hearts’ desire to create some eye-catching content. But there’s no room for shyness in this house. If you want to hang with these pros, you need to share your skills with everyone else.

They say that sharing is caring, but it’s also a requirement in the Hype House. If everyone held out on their talent, there would be no content, which would mean no Hype House. Fortunately, there’s plenty of talent among this group.

You Need to Be Talented in the Hype House

Hype House creator Dixie D’Amelio's videos often feature her dancing and lip-synching, while Avani Gregg shoots content related to costume makeup and special-effects looks. And then there’s Ondreaz Lopez who shares his unbelievable dance moves and is known as “that one dancer guy.” But what happens if members start to lose their motivation?

To remain in the Hype House, members have to stay motivated no matter what. There are no ands, ifs, or buts about it. Slackers are not welcomed. So, everyone has to stay on task and avoid distractions in order to produce the required amount of daily content. But those who find their motivation waning can ask other members to lend them a hand.

You Can Collaborate With Other Members

Hype House members are required to create fun and interesting content for TikTok, but they don't have to do it alone. That's one of the reasons why the house was created. To collaborate with other people whether it’s for a lip-synching video, a dance choreography, or a stunt. But that doesn’t mean solo videos are forbidden, though!

You Can Go Solo Only Once in a While

Members are allowed to do solo videos as long as they don’t make a habit of it. But the house benefits from collaboration videos because it allows people to brainstorm and mesh their creative differences together to create something awesome and expose each creators to more followers. But that doesn't mean that everyone has to be in every video!

Collab Videos Must Have Two People

It’s a general rule in the house that collaborative videos must have at least two people. And while "the more the merrier" applies to most of their videos, getting all the members together at the same time can be very tough, especially if a member is busy or is living far away. That's right. While all the Hype House creators get together to shoot videos in the mansion, only a few members are actually living there. And there's a good reason for it.

You Have to Be of Age to Live Here

Hudson may have come up with the Hype House, but he’s only 17 years old, and the house rules states that no one under the age of 18 can live there. But that doesn’t mean that they can’t be part-time members and make great content by spending most of their time in the house, like one of their members does.

Underage Members Can Only Collab Part-Time

Charli D’Amelio is only 15 and already she's a major star with over 44 million followers on TikTok. But the rules of the house are clear. So, she lives in Connecticut with her family and collaborates with the Hype House members on a part-time basis. But as she’s probably learned from living with her big sister Dixie, that sharing a bathroom isn’t always easy.

Bathrooms Must Remain Locked All the Time

The Hype House’s bathroom is about the same size as a New York apartment. So, a lot of members use it as their private studio to film content. Sometimes, they’ll gather in groups. So, house member Nick Austin installed a lock with a code so others members won’t walk in unexpectedly and ruin a shoot. But there’s plenty of other spaces around the house that have something that’s absolutely necessary to shoot a great video.

Videos Need to Be Shoot in Natural Light

Good lighting makes shooting videos a lot easier. They look more professional, clear, and more upbeat, which is why Hudson and Petrou were so happy with the Hype House’s windows. They’re so big that they allow natural light to come in through every corner. But the founding members certainly wouldn’t be happy if they caught members breaking this next rule.

Parties Are Not Allowed

“If you want to party, there’s hundreds of houses that throw parties in L.A. every weekend. We don’t want to be that,” Petrou told The New York Times. But if anyone wants to invite a couple of friends, that's totally okay. The Hype House is cool with having a few visitors as long as they get permission first.