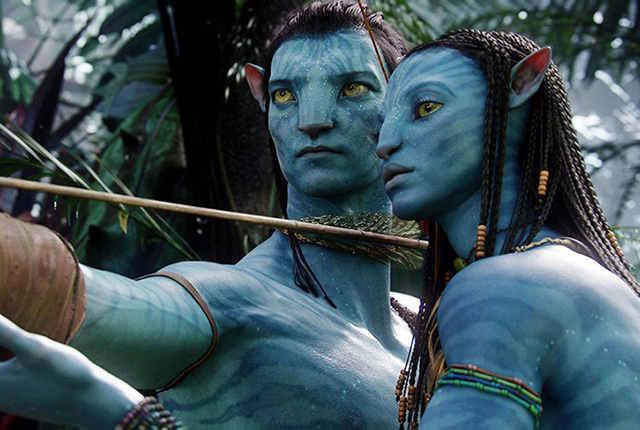 So Universal decided to reboot the 1999 movie, The Mummy, starring Brenden Fraiser. This was also supposed to kick off their 'Dark Universe' with Tom Cruise leading the way. And, well, this movie was predictably terrible and not a great way to begin a horror-themed extended movie universe.

The series based of the beloved toy line is progressively getting worse. In short, Michael Bay will destroy your childhood.

The first mistake was casting Johnny Depp as a Native American, the second mistake was making this movie.

DC's poorly paced and overcrowded attempt to close the gap with Marvel is riddled with too many problems. Although we did get solid performances from Ben Affleck and Gal Gadot as Batman and Wonder Woman respectively.

This movie is so bad and butchers the classic X-Men storyline Dark Phoenix Saga so badly, they had to make another time-traveling movie that literally erased the events of the movie from continuity.

A terrible version of Venom, an emo Peter Parker and an alive-and-well Gwen Stacy all combine into the worst Spider-Man movie of the Raimi trilogy. Topher Grace was the wrong choice for Venom, Toby McGuire has always been a terrible Peter Parker/Spider-Man and Gwen Stacy is completely mis-used. Sandman was actually kind of cool tho, but was overall a missed opportunity in this terrible movie.

Between George Clooney as Batman, the horrible version of Mr. Freeze with his awful puns, and the terrible plot we aren't sure what the worst part of this movie is.

A sequel without any of the main cast returning is a tough sell. This one should have gone direct to DVD.

Considered one of the worst movies ever, not even Beniffer could save this steaming pile of garbage.

Nothing ever good comes from giving AI the ability to kill, including this movie.

Not even James Bond and Indiana Jones can save this movie, that's how bad it is.

Antonio Banderas joins a band of Norse warriors to take on some cannibals in this subpar movie and box office bomb.

Let's get the obvious out of the way. Yes, this movie made boat-loads of cash and yes, it is a visually stunning movie. That being said, this movie is garbage. It's a plot thats been told more times that it should, it offers nothing new or innovative as far as story-telling goes. It's predictable and the characters are forgettable. Honestly, turn on Ferngully or Last of the Mohicans for a much better viewing experience.

The Adventures of Pluto Nash

Eddie Murphy stars in what is one of the biggest bombs in box-office history.

Father of Scientology, L. Ron Hubbard, wrote a novel and this movie is based off of the first half of that book. Why is anyone surprised this movie is considered one of the worst films ever made.

This Disney adaptation is like a beautifully wrapped empty box. Its nice to look at but has no real substance.

One might think that Disney does not make bad animated movies, one would be wrong. Case in point is 'Mars Needs Moms'.

Based of the life of Alexander the Great and featuring a stellar cast, the movie itself is unbearable.

Based on the Japanese anime of the same name is an over-stylized mess of a movie.

One of the most expensive movies ever made, 'Waterworld' is a perfect example of a terrible big-budget movie.

This reboot had such promise. A talented cast and director made a good first half of a movie, then the wheels fell off and the result was a poorly paced and plot hole riddled film.

Not even the gorgeous and talented Halle Berry can save this heinous movie that is allegedly based on the DC character.

If you want to make a movie about a board game, try Candyland because 'Battleship' was a mistake.

This is a post-apocalyptic sorta-western movie about a guy who wears an old postal worker uniform to inspire hope that not even Kevin Costner could make good.

This buddy cop movie with ghosts comes off as poor attempt to replicate 'Men in Black'.

The Wachowskis try to hit it big with another sci-fi flick and fail horribly. Seriously who thought space rollerblades on a man-wolf was a good idea?

Although this had a moderate budget of six million, with so many big name celebrities in this movie and the fact that it is a complete dumpster-fire of a movie, it had to make the list.