Supporting Characters Who Totally Deserve Their Own Movies 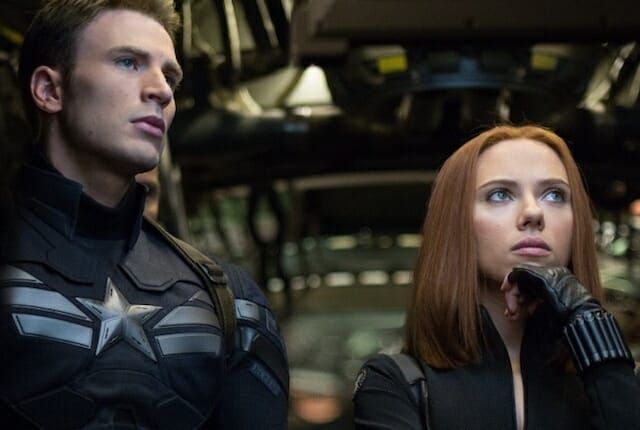 Not all supporting movie characters are equal. Some, like Jacob Black from “Twilight,” make us want to gouge our own eyes out. But others are so amazing that they steal every scene they’re in. And they make us wish Hollywood would just go ahead and give them their own film. Because, in all honesty, we’d much rather watch some of these characters on screen for two and a half hours than the actual stars they’re playing sidekick to. So here are the best supporting characters who deserve their own movies.

Pretty much any character in “The Shawshank Redemption” could be the star off their own film, and we would watch the shit out of every single one of them. But Brooks, the old man who struggles with life outside of Shawshank, has a story that’s especially heart wrenching. How did he reach that point? We’d love to know.

He may come across as the looniest person in the loony bin, but is he actually all that insane? An extreme animal rights activist and anti-consumerist, sure. And maybe his famous father’s shoes were a little too big to fill. But maybe — just maybe — he’s the true genius in the family.

Not only is Seraph a badass martial artist with the ability to actually give Neo a run for his money, but he’s also guardian to the Oracle, a position not any old Matrix inhabitant could occupy. Chances are, he was also one of the “Ones” in a previous incarnation, too. Knowing that Neo represents the final Matrix cycle, we’d love to see how one of the prior cycles panned out.

If you’ve read any of the “Star Wars” extended universe comics, you probably have a better understanding of Poe’s background than the everyday moviegoer. Since his parents were of incredible importance to the Rebel Alliance (and, in turn, the Resistance), it’d be great to see their story — and Poe’s — play out on the big screen. Plus, who wouldn’t be down for a movie about a hotshot fighter pilot?

Gandalf (“The Lord of the Rings”)

Does anyone know how old Gandalf actually is? Honestly, the guy has been around for at least hundreds, if not thousands, of years, and plays a huge role in the protection of Middle-earth. But how did he even get here? And what has he personally seen of Sauron? We need answers.

The guy spent years of his life training to become a master swordsman, just to avenge the death of his father. We’ve seen him at his peak performance, but how the hell did he get there? Inigo Montoya’s coming-of-age story is undoubtedly rife with training montages, and we’re already compiling the soundtrack.

Fun fact: that story Quint shares with Brody and Hooper on the Orca is a true one. The tragedy that was the USS Indianapolis is fascinating in and of itself, and would make for one hell of a movie. But an even better movie would be to see how one member of its crew went on to become an eccentric fisherman who hunts sharks for a living.

It feels like every movie Melissa McCarthy is in has her cast as either a quirky sidekick or a quirky main character who should probably have only been a sidekick. Megan from “Bridesmaids” is different. We would happily throw money at any movie based around the foul-mouthed, hyper-sexual government employee.

Mention the movie “Ghost,” and we’re 99% sure that scene with the pottery wheel is the first thing that comes to mind. Sure, dead Patrick Swayze is dreamy AF, but the film’s screenwriter missed a real opportunity in storytelling here. Because we’d much rather see psychic Oda Mae Brown’s life of ghost possession than some weird three-way makeout sesh.

No, not that terrible Marvel version who died almost as soon as he first made it on screen. We’re talking the Fox Quicksilver, the speedster who stole the show with that “Time in a Bottle” slo-mo sequence. More of that (and his ridiculously dramatic family), please.

How exactly is a pre-teen so f—ing good at being a vigilante? Both of the “Kick-Ass” movies gave us some background into Hit-Girl’s upbringing, but what about what happens to her after those films ended? Her departure and inevitable return to the vigilante life are prime fodder for a standalone movie.

How it is that Black Widow hasn’t gotten her own movie by now is completely lost on us. Captain America already has two. Iron Man and Thor? Both those guys have a goddam trilogy. Natasha Romanoff is a f—ing former spy with ridiculous fighting skills, and she’d make for one hell of a main protagonist.

The Jesus (“The Big Lebowski”)

Was The Jesus one of the best things about “The Big Lebowski?” Yes. Could The Jesus be the star of his own bowl-centric movie? Definitely. Would we all pay upwards of $20 a ticket just to watch him in all of his purple jumpsuit glory? Abso-f-ing-lutely.

Yondu (“Guardians of the Galaxy”)

Okay, so just because we saw Yondu die at the end of “Guardians of the Galaxy Vol. 2” (SPOILER ALERT), that doesn’t mean we wouldn’t be down for a prequel/spinoff type deal to be added to the MCU. He’s basically a space cowboy, and space cowboys are in very high demand these days. At least, that’s what we’re telling ourselves.

Funny, ruthless, and just a little bit unstable, Tommy DeVito acted as the comedic relief for most of his time onscreen in “Goodfellas.” But who says we can’t have a mob comedy? “Married to the Mob” did it. So did the “Analyze This” movies. It’s Tommy DeVito’s time.

Javier Bardem’s Anton Chigurh was one of the most chilling villains we’d ever seen in a film, and that bowl cut of his only added to his creep factor. We don’t know exactly where he came from, and maybe it’s better that way. But dammit if we wouldn’t kill to see where he’s going.

Another strong, deadly type, The Wolf is a fairly minor character who makes a huge impact. He’s also one of those guys who could go from Tarantino flick to Tarantino flick pretty seamlessly. So, since he’s already a multi-movie kind of man, why not just give him his own already?

The Joker (“The Dark Knight”)

Alas, we will never again have the kind of Joker Heath Ledger gave us in “The Dark Knight.” But the character itself is more than deserving of his own film. We’ll just pray to the movie gods that its producers take a hard pass on Jared Leto.

In all honesty, we were having trouble deciding between Snape and Lily and James Potter for a standalone “Harry Potter” prequel. Harry’s parents would give us some great material, including the Marauders, but ultimately, it’s Snape’s unrequited lifelong love for Lily that would bring on all the feels, and we are so for it.

The only reason anyone watches the “Thor” movies is for Loki. Okay, him and Chris Hemsworth’s ridiculous biceps. But it’s 90% Loki. And for good reason: he’s probably the most likable antagonist in modern-day cinema. Brilliant, conniving, and actually magical, he’s basically a two-timing wizard with a killer smile.

How about instead of continuing to give “Star Wars” fans more Skywalker films, Disney focuses their efforts on some more interesting characters? Like, oh, we don’t know… the guy who trained Darth Vader? The guy who later helped Luke defeat his father? Seriously, where the hell is Obi-Wan’s standalone?