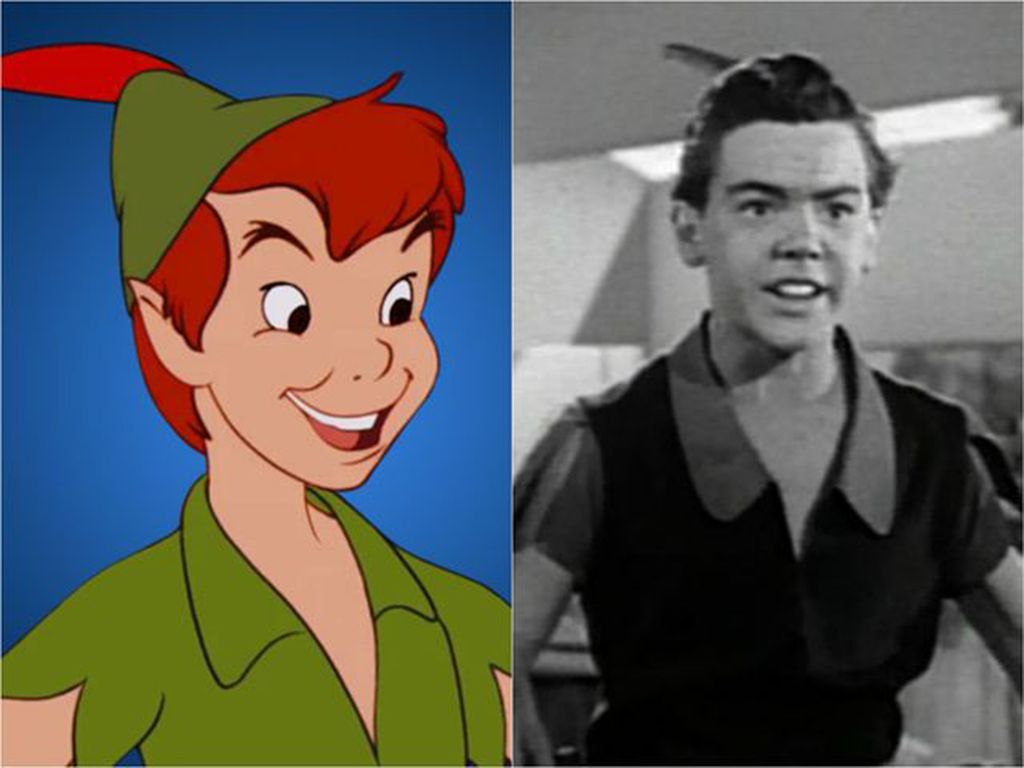 For years, the character Peter Pan has captured the imagination of children all over the world. The boy who could fly and never wanted to grow up was a representation of what most kids want when they’re young. But Disney’s “Peter Pan” is based on author J.M. Barrie’s real-life relationship with five “lost boys.” And it was anything but a fairy tale!

The Peter Pan Author Had A Dark Past

Peter Pan’s author, James Matthew Barrie was born into a conservative family in Scotland in 1860. His childhood started out okay. But when turned six, something tragic occurred that changed everything.

The Boy Who Could Fly

According to the classic tale, Peter Pan was a boy who never aged and could fly with the help of his fairy friend Tinkerbell´s magical pixie dust. One night, Peter flies into the room of a girl named Wendy and whisks her and her siblings away.

He Takes Them to Neverland

Peter Pan and Tinkerbell take Wendy and her siblings to Neverland where they meet his friends, the “Lost Boys.” But behind the fairy tale we all know and love is a twisted reality full of pain and trauma for the author.

In 1867, Barrie’s big brother, David, crashed into another ice skater, suffered severe head trauma, and died. The boy was only 13, and losing someone so young had devastated him and the rest of his family.

Barrie’s Mother Had a Weird Reaction to the Tragedy

Barrie’s mother, Margaret, was obviously quite distraught, but she took comfort in a way that most people didn’t understand. She felt that since David had died at such a young age, he would remain forever young and never grow up. But Barrie did.

Barrie Grew Up and Had a Weird Marriage

Once Barrie was old enough, he moved out, fell in love, and got married to a woman named Mary Ansell. But in letters, he admitted that he had not consummated his marriage to her for 15 years. And he always found this to be a major failure on his part. But the reasons behind his trouble in the bedroom may have been part of a larger mental disorder, or so everyone thought.

When he was 30, Barrie was taking a walk through the Kensington Gardens when he saw two young boys hanging out. And although their nanny was nearby, he was only interested in 3-year-old John Llewelyn Davis and 4-year-old George Llewelyn Davis. What did he want from them?

He Caught Their Attention With His Stories

Barrie had seen them around while he was walking his Saint Bernard through the gardens and decided to approach them. He instantly captivated them with some of his stories. But to get even closer, he had to win their family over.

Barrie got so close to the boys, that he befriended their parents, Arthur and Sylvia. The couple later had three more boys named Peter, Michael, and Nicholas. But ultimately, all the boys started calling Barrie "Uncle Jim."

He Had a Sinister Motive

Barrie loved all five boys, but he was also very possessive of them and got jealous whenever anyone else got too close to them. In fact, if it had been up to him, he wouldn’t have allowed them to share their affection with anyone but him, which may also have been symptoms of a mental disorder showing themselves. And then he got his wish.

The Boys Lost Their Parents

Arthur, who was the father of the five boys, contracted jaw cancer. Using the money he had earned from the books he published, Barrie paid for his medical bills. But sadly, Arthur passed away in 1907. Then, the boys’ mother, Sylvia, passed away from lung cancer.

The Boys Were Left Orphaned

The Llewelyn Davis children were left orphaned in the wake of a terrible tragedy. But there was a silver lining, or so it seemed. Sylvia had written a will to ensure that her boys would have a guardian in the event of her death.

The Nanny and Their Aunt Would Take Care of Them

The will stipulated that her boys were to go to their nanny and their Aunt Jenny. But she never imagined that Barrie would somehow get to the will and do something that would drastically alter her last wishes.

He Altered the Will in His Favor

Barrie wanted the boys for himself. So, he altered the will so that it appeared that Sylvia had been referring to Jimmy, as the kids knew him, and not their Aunt Jenny. As a result, Barrie became the boys’ legal guardian.

Barrie had gambled that his plan to change the will would work and it had. So, the boys wound up in his care for several years. But, the real nature of his relationship with the boys has become a topic of controversy over the years.

Some Believe He Was a Cruel Man

People believe that what Barrie and the children had was not a relationship based on familial love but rather something more disturbing. Some felt that he might have been abusive towards them. But others aren’t so sure, because there was no evidence to support these rumors, and the real nature of Barrie's mental illnesses soon came to light.

He May Have Been Asexual

There are a lot of people who considered Barrie’s relationship with the children to be unusual. But they also felt that he was incapable of harming the children. And as far as his sexuality was concerned, his supporters argued that he was likely asexual. And one of the boys agreed.

Nicholas, who was the youngest of the boys, was quoted for having said: “I don't believe that Uncle Jim ever experienced what one might call a stirring in the undergrowth for anyone — man, woman, adult or child. He was an innocent."

They Had Unhappy Endings

Despite Barrie’s intention, the Llewelyn Davis boys all suffered unhappy endings as a result of their fame and turbulent childhood. The first one to ultimately meet his end, was George, the eldest brother.

George was killed in WWI in 1915. He was only 21 at the time. And sadly, this wasn’t the last death the family would experience. A few years later, the losses continued to pile up. Sadly, the next victim was George’s younger brother.

Michael drowned when he was 20, and some claim he had taken his own life. Others claim he died in his male lover's arm and that his struggles with his sexuality had led to his depression and suicide.

George and Michael’s death had left Barrie traumatized. It also affected the way he continued with the work of the fictional character, Peter Pan, which was said to be a reflection of his own shortcomings.

His Book Was a Reflection of His Failure

Barrie had focused mostly on the love and the joy he and the Llewelyn Davis boys had shared. But after the deaths of two of his boys, he realized his book reflected his failure to grow up, much like the fictional Peter Pan.

Barrie passed away from pneumonia in 1937. He was 77. And yet, his legacy of Peter Pan and the dark story behind the story’s inspiration has continued to touch millions of children long after his passing. Sadly, only one of his “lost boys” managed to die of old age.

No One Lived to Know Their Legacy

Years after Barrie’s death, John became the third child to die. In his case, it was lung disease. Then, a year later, his brother Peter jumped in front of a London subway car and died. This left their brother, Nicholas, who was the only one of the Llewelyn Davis boys to live a full life and die of natural causes.