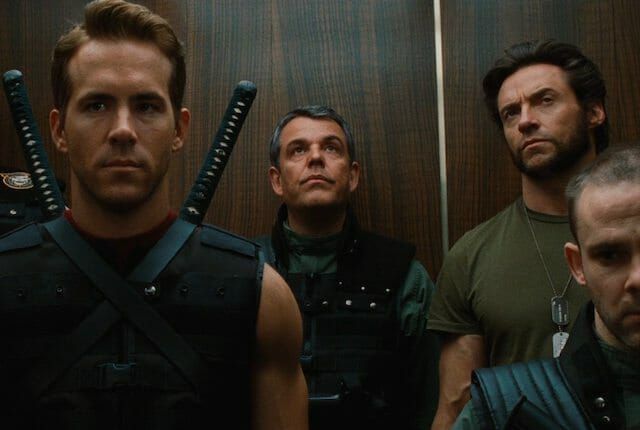 Movies suck. Most of them are bad. But sometimes Hollywood manages to crank out a good one, and it makes a lot of money. So Hollywood goes back to the well again. And again. Hollywood lives on the back of the ever-profitable franchise. The more it can milk from something with proven box-office power, the more theaters will fill up with movie sequels, prequels, and same universe stand-alones. But at some point, Hollywood’s luck runs out. And we’re left with garbage movies that sort of resemble the franchises of which they belong, but do nothing to live up to its name. And those are the most terrible movies of all.  So here are the worst movie sequels of all time.

Not that the second Amityville movie was all that fantastic, but it at least had something to do with the original’s story. Amityville 3-D feels more like a cheap regurgitation of the original’s most memorable moments — you want flies? We’ve got flies! — only with three dimensions!

If it doesn’t star a young, precocious Macaulay Culkin, then can you really call it a Home Alone movie? No. You can’t. You also can’t make a sequel five years after a franchise’s most recent installment, make its main character some kid who bears only a slight resemblance to the former, and then give it essentially the exact same plot as the first film, plus a few terrorists.

The Fast and the Furious: Tokyo Drift

Remember watching Home Improvement as a kid and fawning over Jonathan Taylor Thomas because he was just so damn cute? Well, he isn’t in The Fast and the Furious: Tokyo Drift, but the kid that played his older brother is. You know the one. The less attractive one who also has three names, none of which you can actually remember today.

The Mummy: Tomb of the Dragon Emperor

The first Brendan Fraser Mummy movie was actually pretty great, and if you happened to be around at the time of its theatrical release, those graphics were kind of astounding. Granted, they don’t hold up these days, but still. The second one was on the okay side, too, obnoxious kid aside. Then seven years go by, and we get this turd in the sand, which tried to pass off a completely different actress as Evie, like we wouldn’t know the difference between the goddess that is Rachel Weisz and a damn imposter. But we knew.

Ah, yes, the bring back the original lead actor in order to resuscitate the franchise film. The Lost World may not have been the cinematic masterpiece that its predecessor was, but it certainly didn’t deserve to be followed up by this piece of trash. Really, there’s a second secret dinosaur island that no one else knew about until now? These dinosaurs just hang out exactly where they’re supposed to? Not buying it.

To be honest, the Scream franchise really shouldn’t have gone anywhere past the first installment. That film was brilliant in its approach to self-aware horror, and it kind of brought Wes Craven back to the top of his game. But by the time we got Scream 3, the whole self-aware thing had gone too far. Really, we’re involved with a movie based on a movie based on an entire genre of movies? Take the meta down a notch, would you, Craven?

We almost made this one Terminator 3: Rise of the Machines, but after careful deliberation, we decided that no, T-3 still managed to have a certain amount of entertainment value. Plus, T-X was a pretty cool killing machine, so… But Terminator Salvation? Not even Batman himself could carry this thing into box office success. And really, will Sam Worthington ever be bankable? No.

Pirates of the Caribbean: At World’s End

Let’s forget the fact that At World’s End was nearly three hours of swashbuckling bullshit. You know what killed the Pirates franchise? Davy Jones participating in parlay by standing in a bucket of water on the beach. So f— the entire plot of Dead Man’s Chest, wherein he can only come to shore once every ten years. If only he had thought to bring a goddam bucket of water sooner, he could have been spending the last however many decades f—ing Calypso in a hot tub and not turning into a giant squid man.

Ladies and gentlemen, may we present to you… Emo Peter Parker. Spider-Man 3 had all the ingredients of a terrible sequel: poor management of what should have been a great storyline, far too many villains, and the idea that it might be fun to have a lead character play a different side of himself. A side of himself who looks like he’s been listening to The Black Parade on repeat for eight days straight.

If you’re going to negate the entire premise of a film franchise, it’s probably a good idea to at least wait until somewhere after the second film. Alas, if we had had control of the production meetings for A Nightmare on Elm Street 2, we would have prevented such a travesty from happening. But we didn’t, because babies aren’t typically allowed in production meetings. But we 100% would have done a better job than the people who actually were in charge.

Halloween III: Season of the Witch

Can you call it a sequel if it’s a movie that has nothing to do with the franchise in any regard other than its title? Halloween thought you could, which is why we got 1982’s Season of the Witch, a film about haunted Halloween masks and not at all about Michael Myers. The Return of Michael Myers was pretty terrible, too, but at least we got some good ol’ silent stalking and cheesy knife kills back.

Two words: Bat nipples. Okay, so the nips weren’t necessarily what brought down the Batman franchise, but they definitely contributed to it. Also, Arnold Schwarzenegger as “Dr” Victor Freeze, with his many pun-tastic one-liners, like, “Stay cool, Birdboy,” and, “Let’s kick some ice!”

Pixar was on a real roll before Cars 2 hit theaters in 2011. Its lowest rated film to date was the first Cars, which was still certified fresh by Rotten Tomatoes at 74%. Then we got… whatever the hell Cars 2 was, essentially an excuse to profit off a somewhat likable character to viewers under the age of 12 (sorry, Mater, but you’re possibly the most obnoxious animated character to ever grace the big screen). Really, Cars 2 was made to sell toys, and we all know it.

It’s hard to fathom how a film with nearly double the budget ($63M vs. $110M) could look and feel so much cheaper than the original. But props to The Matrix Revolutions for achieving just that. God-awful graphics aside, its story was a complete and utter afterthought. We get the whole, birth/life/death thing, but come on. This should’ve died before it was ever released.

You may have thought this spot would belong to X-Men: The Last Stand, but you’d be wrong. Between the horrific excuse for CGI claws and the treatment of one of the greatest comic characters ever created — thank the good lord for Ryan Reynold’s tenacity and 2016’s Deadpool — X-Men Origins: Wolverine will forever live on as one of the absolute worst comic films in cinematic history. And that includes 1994’s unreleased The Fantastic Four.

Every once in a while, you watch a movie and think, This is a paycheck movie. Meaning, the lead actors committed to their roles solely because they were down on their luck in Hollywood and really needed that extra cash flow. The Karate Kid Part III is one of those movies. Ralph Macchio was pushing 30 at the time, but hey, this was 1989… 30 was the new 17! Ignore the extra weight and the added face wrinkles. Suspension of disbelief, people.

Michael Caine is the light of pretty much every film he’s ever been a part of, but even Michael Caine could not save Jaws: The Revenge. Let’s be clear here: Jaws 3-D, which came out four years prior to The Revenge was probably mostly responsible for the franchise jumping the shark (yeah, we went there). But The Revenge tried to act like 3-D never even happened, and then made Ellen Brody the hero? Because she had to save her family from a shark that had a personal vendetta against her family? Just, no.

So maybe this is something of a cheat, because The Phantom Menace is technically a prequel and not a sequel, but we’re making the exception, because The Phantom Menace is just so f—ing awful, it should have never even been allowed to start production, let alone make it into theaters. And while everyone wants to hate on Jar Jar, we all know the true villain of this pile of steaming dog shit is actually young Anakin. F— you, Anakin, and your pod racing.

Indiana Jones and the Kingdom of the Crystal Skull