The 25 Strangest One-Hit Wonders of the ’90s

Kelly McInerney
The 25 Strangest One-Hit Wonders of the ’90s September 24, 2019Leave a comment 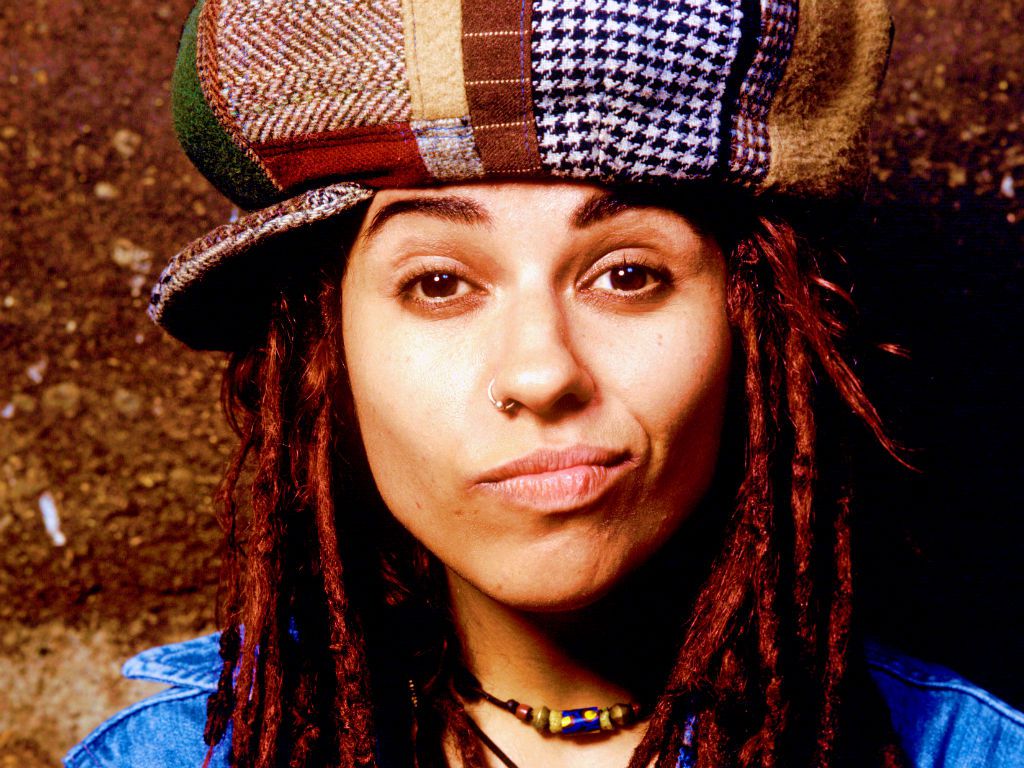 There are some one hit wonders are catchy and they make you wonder (get it?) what happened to the singer. But then, there are others that are just so cringy and cheesy that you wonder how they even became a hit to begin with. There are a bunch of baddies from every era, and here's a list of the strangest one hit wonders of the 90's.

"I'm Too Sexy" topped the charts in six countries, including Australia, Ireland, and the United States in 1991. It is goofy and fun but also annoyingly gets stuck in your head and will not get out. Right Said Fred may not have had a hit after this but the two of them were credited on Taylor Swift's "Look What You Made Me Do" because the chorus is a reworking of "I'm Too Sexy," proving that this song will never die.

"Cotton Eyed Joe" was a song that turned into a dance for everyone's junior high dances. It's annoying, but at least you're burning some calories while hopping around doing the dance which is basically a redneck version of the electric slide. The dance version one hit wonder was released in 1994 and the band Rednex never reached any other success quite like that after.

"The Bad Touch" by The Bloodhound Gang

The Bloodhound Gang's "Bad Touch" wasn't hiding what the song was about one bit. The gang dressed up like monkeys in Paris and watch real monkeys hump each other on television, they then shoot a poison dart at some women and capture them, some bakers, and a variety of other Parisian folk in a cage. It was the Bloodhound Gang's biggest hit off their album Hooray for Boobies - we're kind of glad we only messed up once and let these guys have just one hit.

"Rico Suave" is a song that narrates the guy's luck with women and his lady loving lifestyle. It is off of Gerardo's debut album and reached number 7 on the Billboard Hot 100 Chart. Unfortunately, that was the highest hit Gerardo ever received. It also made Blender's list of "50 Worst Songs Ever." It's cheesy early 90's and that's why it's also on our worst one hit wonder list.

Although "Achy Breaky Heart" was the first single ever to achieve triple Platinum status in Australia, it doesn't mean it's not annoying. Billy Ray Cyrus's debut single cannot compare to the jams his daughter has. It's cheesy and gets stuck in your head when you don't want it to. Fortunately, Billy Ray ended up acting on his daughter, Miley Cyrus's show "Hannah Montana" as - you guessed it - her father, so his career was okay even after this annoying song.

By far one of the goofiest, silliest, how-did-this-even-get-made-to-begin-with songs on this list is Eiffel 65's "Blue." The music video is weird and is about blue aliens, the lyrics just talk about how blue they are - are they sad or literally just the color blue? It was Eiffel 65's first and only hit.

If you thought a song just saying how blue they are over and over again, how this one? A song that just makes the "mmm" noise over and over so much so that it is the title of the song: "Mmm Mmm Mmm Mmm," by the Crash Test Dummies. It ended up reaching the top 5 of the Billboard Hot 100 in 1993.

What's worse than Sublime? A reggae rap group from Canada with only one hit. Snow put out their song "Informer" in 1992 and it spent seven consecutive weeks at number one on the Billboard Hot 100 because, I don't know, we all have 7-week long lapses in judgment right? This song is just BAD, but as is any song that has the lyrics "a licky boom boom down" in it.

Sure the Macarena is fun when you're like eight years old at a birthday party doing the dance but other than that it does not hold up. It's one of those songs that is catchy, gets stuck in your head, but because some of it is in Spanish you're not even sure if you're singing the world properly. Also it's about a woman that cheats on her boyfriend while he's in the army - how and why did we even create a dance to a song like that?!

Of course we had to put the Chumbawamba hit - and only hit of theirs - "Tubthumping" on the list. That 90's song that you love to hate but still can't stop singing when it's on. It was a very informative song though, we did learn "pissing the night away" means drinking the night away in the UK and "tubthumper" is a politician.

"Jump" was the debut hit from the hip hop duo Kriss Kross and unfortunately their only big hit. They call each other "Mac Daddy" and "Daddy Mac" throughout the song, it's silly and confusing. It was produced by Jermaine Dupri which proves why it was such a big hit.

"Sex and Candy" by Marcy Playground

Honestly, we're surprised a song named "Sex and Candy" became such a hit in general, but we are not surprised that Marcy Playground did not create any other hits after that. Even the lead singer, John Wozniak, doesn't even know what the song means. Maybe it's just about two of his favorite things? Sex and candy.

"Counting Blue Cars" is Dishwalla's only hit song. It peaked at 15 on the Billboard Hot 100 charts. It was an odd alternative 90's song that you'd think was about cars instead the lead singer's chorus goes "tell me all your thoughts on God, because I'm on my way to see her." Props to the band at least for being progressive in the 90's and thinking God can also be a woman, but this mediocre hit didn't help their career and Dishwalla disappeared into obscurity.

"Kiss the Rain" by Billie Myers

We can't have a one hit wonder list without having an angsty female solo act and that's where Billie Myers comes in. "Kiss the Rain" was her biggest hit off of her debut album Growing, Pains (yes with that comma there) in 1997. It didn't reach peak success until it appeared on the classic 90's TV show "Dawson's Creek."

"Give It To You" by Jordan Knight

Nothing like a former boy band member trying to make his way as a solo artist and failing! Case and point: Jordan Knight. Jordan was famous from New Kids on the Block in the 80's and 90's. He made his solo debut in 1999 with "Give It To You" which reached #10 on the Billboard Hot 100. Unfortunately, he couldn't make another good hit after that and appeared on the D-List celebrity reality show "The Surreal Life" shortly after.

"When the Lights Go Out" by Five

At boy bands peak prime in the 90's, the music industry were churching out groups of 5 guys singing mediocre but catchy songs left and right. Five was one of those bands. Five was a band where they were like "let's not even think of a creative name and just call them Five!" Their song "When the Lights Go Out"

"Mambo No. 5" is that song that just gets on everyone's nerves for some reason. Sung by German artist Lou Bega, the song reached #3 in the Billboard Hot 100 in 1999. Apparently it used sampling from a jazz song called "Mambo No. 5" by Prado in 1949, Bega and his label actually went to court for it and the court ruled that the new song was co-written by both of them, still doesn't make it a good song though.

"How Bizarre" by OMC

How bizarre that "How Bizarre" is on this list! Okay, we'll stop. It was released in 1995 by New Zealand music group OMC. The song has been played in many 90's or 90's-based movies and shows. Fun fact OMC stands for Otara Millionaires Club which is funny because we highly doubt from this one hit that the band are millionaires now.

Who knew a band called Crazy Town would be a one hit wonder? Crazy Town seemed like the guys that were rejected from Limp Bizkit for being too bad and then formed their own band. "Butterfly" has fun chorus where they sing-rap "Come come my lady, You're my butterfly, sugar baby." Is it a sex thing? It probably is a sex thing.

After Ace of Base and Aqua with "Barbie Girl," the 90's had an array of dance pop bands trying to replicate their catchy, repetitive tunes. The Vengaboys were group from the Netherlands, they released the song in 1998 and it hit radios and dance clubs like a craze. It reached some success but not as much as you'd imagine, only peaking at 26 on the Billboard Hot 100. Unfortunately, maybe the band partied too much because they couldn't create a hit as big as this one after.

"Breakfast at Tiffany's" by Deep Blue Something

You either love or hate Deep Blue Something's "Breakfast at Tiffany's," it has appeared on both best and worst one hit wonder lists throughout the internet. We selected it on our worst list just because it's one of those annoying hits that gets stuck in your head and the concept of the song is hilarious. It is about a man whose girlfriend is on the verge of breaking up with him because the two have nothing in common so he mentions the film Breakfast at Tiffany's as "the one thing they've got."

"No Rain" by Blind Melon

"No Rain" is one of those one hit wonders that you can't help but also think about the music video when listening to the song. It follows a quirky young "Bee Girl" as the band sang in a field. The video received heavy airplay on MTV in 1993 but the band couldn't get another hit as big as that one. Maybe they needed to put the Bee Girl in another video?

"What's Up" by the 4 Non Blondes is that "what's going on?" but for some reason isn't call that. No clue what it is called "What's Up" as that isn't mentioned at all in the song. The video highlights the great fashion of the 90's - to sum it up, it looks like homeless Boy George styled the band. The whiney song reached 14 on the Billboard Hot 100 and the band disappeared shortly after the lead singer tried to create a solo career in 1994.

Although this song did earn a Grammy nomination for Best Rock Performance by a Duo or Group don't be fooled! It is one of the worst one hit wonders of the 90's. With the repetitive "just go ahead now" lyrics and same drum beat it just, just GETS ON YOUR NERVES. Just go ahead now and get out of here, Spin Doctors.

"Whoomp (There it Is)" by Tag Team

"Whoomp (There it Is)" made the worst list because what sports jam isn't the worst one hit wonder? They're all pretty bad. This song can't even spell "woop" properly. It did reach a surprising #2 on the Billboard Hot 100 in 1993. Tag Team did have a variety of "Whoop (There It Is)" alternative versions like a Disney one and an Addams Family one but no other song could make it as big as this hit.