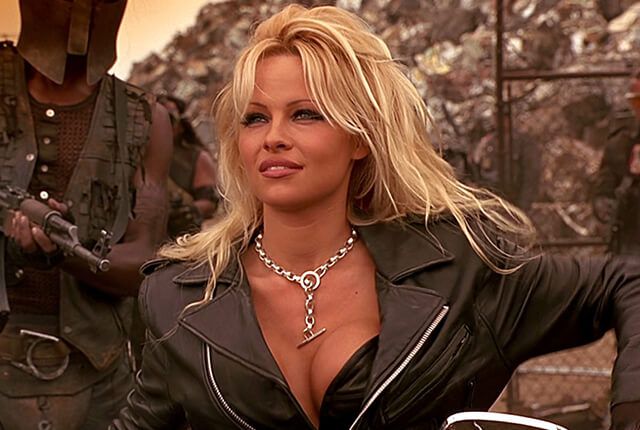 It's amazing how superheroes have evolved on the big screen over the years. In today's world, Marvel and DC superhero films seem to reign supreme. But it took a while for that to become the norm. And before that, Hollywood released a lot of WTF superhero movies. If you actually remember these, you probably wish you could forget.

A cheap-*ss 1.5 billion budget film was made about four astronauts who got bombarded with space rays which gave them superpowers. The effects and costumes made the "Power Rangers" kids series look expensiv. It was so bad, the producers were paid $2 million not to release the film.

The 80s flick showed Superman's teen cousin, Kara/Supergirl, head to Earth in search of a a power source to save her home city. But on the way, she ran into the crappiest villain, a witch named Selena who was no Lex Luthor, and the visual effects were just as bad as the predictable storyline.

A sarcastic duck heads to Earth to stop an alien invasion with the help of a scientist and a struggle rock singer who has the hots for him. You've got a cheesy B-movie plot with a chick with a serious case of Anatidaephilia. It's a pretty heavy bizarre cocktail to swallow, for sure.

Elektra is an assassin-for-hire working for an organization called "The Hand." But when the target involves killing a man and his daughter, she suddenly develops a conscience. WTF? The movie is so slow and uneventful that Elektra practically limps through the entire length of the movie.

The U.S. Intelligence Agency hires Wonder Woman, played by Cathy Lee Crosby to recover top secret documents. Not only was the heroine blonde, but she had blue tight legs, and black boots. She honestly looked nothing like the comic book character in the least, which turns fans and TVs off.

After criminals kill his wife and son, FBI agent Castle turns into a vengeful hero, but instead of giving us his backstory, they time jump 5 years. He also doesn´t wear the signature white skull t-shirt the character has in the comics. Also, the trashy production value was poor AF.

The film starred Shaquille O'Neal as John Irons, a scientist who builds a steel suit and goes after a rogue scientist in LA. The film had no direction, and Shaq's acting was seriously bad. Also, the character's origin story, who appeared after Superman died in the comics, wasn't even mentioned.

Bill Bixby returns to play Dr. Banner from the TV series, which sees the Hulk team up with Thor. Eric Kramer is no Chris Hemsworth, and looks more like a caveman in a costume. Also, Krame's character is possessed by the spirit of Thor. Seriously?

Assassin Al Simons is killed by his boss and sent to hell, where he gets reincarnated as a Hellspawn and sent back with an evil army to do good. Since when is hell in the business of doing good things? And what was with the Devil's wicked clown (John Leguizamo)?

David Hasselhoff brought his bad acting to the role of Fury, a retired special agent, trying to stop HYDRA, a terrorist group from destroying the world. The plot was silly and predictable, and any similarities to the comic book character was coincidental at best.

Billy Zane ran around the jungle in a purple costume to stop a master criminal from getting his hands on some powerful mystical skulls. Watching a grown man in purple running around the jungle barely made the iconic comic character the justice it deserved.

It was the 70s, and Captain America was a man injected with a super-soldier formula that made him agile and strong to stop a villain from using a neutron bomb that seeked to destroy Phoenix. The effects were awful, and the costume was cheesy AF. Actor Reb Brown looked more like Evel Knievel.

The iconic hero tries to stop Red Skull from giving the president a brain implant. Actor Matt Salinger wore the rubberiest blue suit ever. And the plot was so jumbled that the movie didn't make sense. Plus, the environmental message was lost in all the cheesiness.

A psychiatrist turns into the Sorcerer Supreme of Earth to battle a wicked enchantress from the past. The 2-hour movie deviated from the comic. Particularly how he was psychiatrist instead of a surgeon, and how his mentor, the Ancient One was an old wizard named Lindmer. Seriously!

The detective tries outing Alphonse Caprice as a dangerous crime boss, but gets distracted by a barroom singer named Breathless Mahoney, played by Madonna. Since the film was set in the 30s, there are one too many visual cliches. Warren Beatty's character was upstaged by more interesting characters.

In 1930s New York, The Shadow tries to thwart Shiwan Khan's plan to build a nuclear bomb. As the Shadow, Alec Baldwin wore a horrible wig, but the storyline went nowhere. In the end the film was a snoozefest, and the whole cliché of atoning for one's sins is so yesterday.

Superman (Christopher Reeve) tried to rid the world of nuclear bombs, until he was stopped by Lex Luthor, who created a cheesy-looking Nuclear Man in yellow spandex. The credits were bad, the effects were low budget, and in the end he failed in his quest for peace.

This WTF superhero movie has Captain Amazing and 7 quirky crime-fighters trying to stop Cassanova Frankenstein from destroying Champion City. It feels like a spoof movie with superhero powers, which include silverware hurling, incompetent invisibility, and deadly flatulence.

The Flash, Green Lantern, the Atom, and an overweight Martian Manhunter tried stoppin an evil meteorologist from destroying the city. It was so bad that not even Superman or Wonder Woman showed up. This movie pilot wound up earning the title of worst WTF superhero movie ever.

*Yawns* To stop a renegade physicist and his mind-control scheme, a bunch of mutant teens unite. It was basically a poorly-lit teen "X-Men" film. They trained at Xavier's school too. But the film was neither hip nor edgy, and Matt Frewer's portrayal of the villain was too uncomfortable to watch.