Where Are They Now? WWE Divas 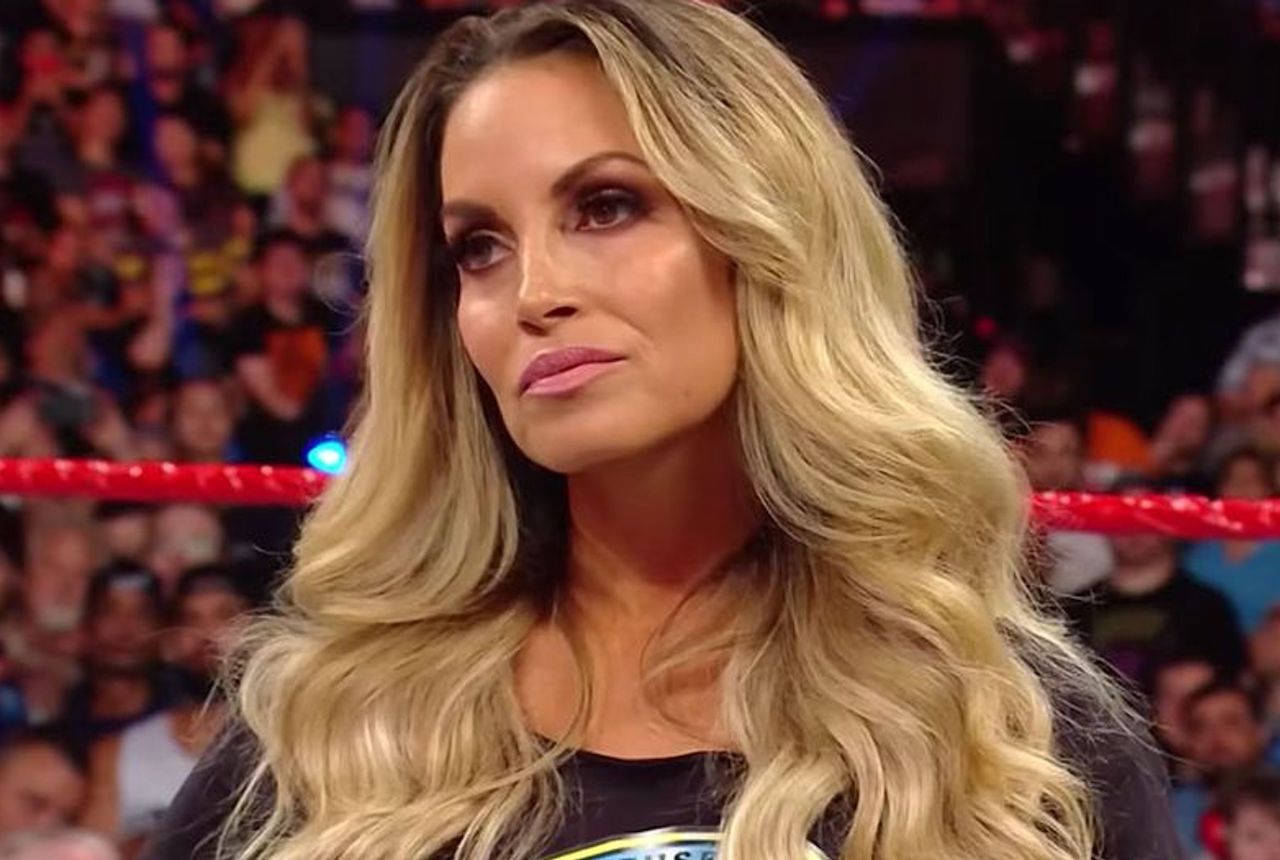 Since the WWE introduced Divas in the '90s, wrestling fans ate up the exploits of these talented women. But you may wonder about your past favorite WWE Divas: Where are they now?

Joining the WWE in 1996, Rena "Sable" Lesnar was the first female wrestler to be known as a Diva. She quickly became a superstar before leaving WWE in 1999, filing a sexual harassment lawsuit. The case was settled, and Sable returned from 2003 to 2004. Sable married fellow wrestler Brock Lesnar and had two children. She currently enjoys a life out of the public eye.

When Patricia "Trish Stratus" Stratigeas joined the WWE in 2000, she became a fast-rising star. She won championships, was named Diva of the Decade, and was inducted into the WWE Hall of Fame. After a brief retirement, Stratus rejoined the WWE in 2018, headlining WWE Evolution, a female-centered pay-per-view event. She also does lots of charity work and owns a yoga studio in Canada.

Torrie Wilson worked with the WWE from 2001 to 2008. During that time, the Miss Galaxy-winning fitness model was part of the famous "Invasion" storyline, feuded onscreen with fellow Diva Dawn Marie, and even married fellow wrestler Billy Kidman. Now, while she enjoys official retirement as a fitness instructor and blogger, she still makes the occasional surprise appearance on WWE.

Terri "Tori" Porch started in the WWE in 1998 as a professional fan of Sable. She would appear to cheer on Sable in increasingly stalker-esque ways, before becoming a wrestler herself. Tori became a member of D-Generation X in the Raw Era, and retired soon after. Currently, she works as a yogini and runs her own studio in Portland, Oregon.

Stacy Keibler was a mainstay of the WWE from 2001 to 2006. Like other Divas of the era, she entered through the Invasion storyline. She became known Super Stacy, earning a superhero outfit and sidekicks. Post-wrestling, Keibler acted and hosted in several TV shows including Supermarket Superstar. She married businessman Jared Pobre in 2013 and has two children.

Nora "Molly Holly" Benshoof worked full-time with the WWE from 2000 to 2005. She developed a unique persona: While the other Divas were outwardly sexual, Molly Holly called herself "wholesome" and prudishly criticized her colleagues. After her retirement, she worked with several charities and is currently the lead female coach at The Academy: School of Professional Wrestling.

Mickie James originally worked with WWE from 2003 to 2010. During her initial run, she held both the Women's Championship and Divas Championship. After that run, James wrestled independently while enjoying a simultaneous career as a country singer, getting inducted into the Native American Music Awards Hall of Fame. Currently, James has returned to the WWE full time.

Michelle McCool worked with the WWE from 2004 to 2011, becoming a Divas Champion in the process. She also worked with fellow Diva Layla El in a tag team known as LayCool. After her retirement, doctors diagnosed McCool with skin cancer, and she documented her susequent surgery on social media. She has, on occasion, made special appearances for the WWE.

Melina Perez joined the WWE in 2004 and worked for the company until 2011. During that time, she became both Women's Champion and Divas Champion. Currently, after a prolonged absence from the ring due to injury, Melina is back wrestling on the independent circuit. She also blogs regularly on her website, speaking to feminist issues and how that affects her wrestling career.

Amy "Lita" Dumas joined the WWE in 2000 and retired in 2006. Her notable moments included a teamup and eventual feud with Trish Stratus. She also had relationships with fellow wrestlers Kane and Edge. Currently, Lita works with the WWE as a commentator, producer and trainer, only occasionally jumping in the ring herself. She also hosts "The UFO Sho" about real-life locations with alien activity.

Layla El joined the WWE through the 2006 "WWE Diva Search" contest and stayed until 2015, winning the Divas Championship in the process. Currently, she enjoys a life out of the spotlight as a real estate agent in Phoenix, Arizona, with her husband, fellow wrestler Ricky Ortiz.

Kia "Kharma" Stevens (also known as Awesome Kong and Amazing Kong in the independent circuits) worked with the WWE from 2010 to 2013. During her brief run, she cut quite the impression, destroying dolls and laughing evilly as part of her campy persona. Currently, Kharma enjoys a recurring acting role on Netflix show "GLOW." She also appeared in Katy Perry's "Swish Swish" music video.

Celeste "Kaitlyn" Bonin originally worked with the WWE from 2010 to 2014, becoming a Divas Champion during her run. As of 2018, after a brief retirement and stint in the independent circuit, Kaitlyn returned full time to the WWE.

Jillian Hall joined the WWE in 2003 and stayed until 2010. She had a character gimmick as an awful singer (even releasing a Christmas album), and warbled her way to a Divas Championship. Hall now spends her time as a speaker, attending various conventions across the country to discuss her time as a wrestler. She's also an outspoken vegetarian and regularly discusses her fraught relationship with fame.

Carlene "Jazz" Moore-Begnaud worked in the WWE from 2001 to 2004, and then again from 2006 to 2007. During her stints, she won a Women's Championship and feuded with fellow Divas like Trish Stratus. Currently, Jazz wrestles with the National Wrestling Alliance and is the holder of their Women's Championship. She and her husband, wrestler Rodney Mack, run a Louisiana wrestling school called the Dog Pound.

Jacqueline Moore has been in and out of the WWE since 1993. Among her highlights include a Women's Championship, the forming of a tag team called Pretty Mean Sisters (aka PMS), and a feud with Sable. She was inducted into the WWE Hall Of Fame and currently lives in Texas. Her Instagram depicts a lovely life, and lots of dates with a handsome man named Rico.

Lisa "Ivory" Moretti originally worked in the WWE from 1999 to 2005. She won a Women's Championship and was a part of the curious "Right to Censor" storyline, making her character more conservative in nature. After being inducted into the WWE Hall of Fame, Ivory returned to appear onscreen regularly. She also moved to Washington, where she's worked as a landscaper and owns an animal daycare center called Downtown Dog.

Gail Kim worked in the WWE from 2002 to 2004 and from 2008 to 2011. After her time, she revealed she was unhappy with the organization, claiming in an interview that WWE forbade their female wrestlers from wrestling styles deemed too aggressive, pushing a docile form of sexuality instead. Currently, Kim works as an agent and producer with Impact Wrestling, where she vowed to treat female clients with respect.

Debra Marshall worked with the WWE from 1998 to 2002. She had an image both as a cunning manager and businesswoman, and a feisty wrestler who wasn't afraid to jump in the ring and fight herself. Since her time in the WWE, Debra got her master's degrees in criminal justice and criminology. She also spoke about the vicious effects of steroids in incidents like Chris Benoit's murder-suicide, and alleged that her ex-husband Stone Cold Steve Austin abused her.

Joanie "Chyna" Laurer was arguably the most famous female wrestler during the WWE's Attitude Era. During her 1997-2001 run, she was best known as a founding member of D-Generation X. After her stint ended, she worked as an adult film actor, moved to Japan to teach English, and converted to Mormonism. Chyna died in 2016 of a drug overdose.

Christina "Christy" Hemme joined the WWE in 2004, as a winner of their "Diva Search." She left just one year later and finished out her wrestling career with Total Nonstop Action Wrestling, or TNA. Since retiring, Hemme married actor Charley Patterson and had five children, including quadruplets. They currently run a successful YouTube vlog documenting their life.

Candice Michelle joined the WWE as part of the 2004 "Diva Search" and worked with the organization until 2009. She started as one of "Vince's Devils," a group of female heels that referenced WWE owner Vince McMahon, and eventually won a Women's Championship. Since then, Michelle married chiropractor Ken Ehrlich and had three children. She also rejoined wrestling in the independent circuit and gave a viral TED Talk about her life experiences.

Elizabeth "Beth Phoenix" Copeland worked with the WWE from 2001 to 2012. During her long career, she earned a Divas Championship and enjoyed a series of gimmicks involving the concept of "glam." After entering the WWE Hall Of Fame, Phoenix started working part time as a WWE commentator. She lives in Asheville, North Carolina, with her husband, fellow wrestler Edge, and their two children. She also advocates publicly for women in sports.

Brie and Nikki Bella, aka the Bella Twins, initially worked with the WWE from 2007 to 2012, becoming Divas Champions along the way. After a hiatus, they returned to the WWE in 2013, and wrestle there to this day. They also launched a series of products, including activewear brand Birdiebee and beauty line Nicole + Brizee.

Seen as one of the first female wrestlers and a pioneer of the sport in general, Mae Young started wrestling in 1939. She worked with the WWE from 1999 to 2000, starting at the age of 76. From 2002 to 2013, she continued to make sporadic appearances, always game for outrageous stunts. She was inducted into the WWE Hall of Fame and moved into a house in South Carolina with two other female wrestlers until her death in 2014. The Mae Young Classic, a tournament of female wrestlers, is named after her.