Holly Adler
The Woman Who Inspired Nintendo’s Zelda Had An Incredible Life of Her Own November 13, 2019Leave a comment 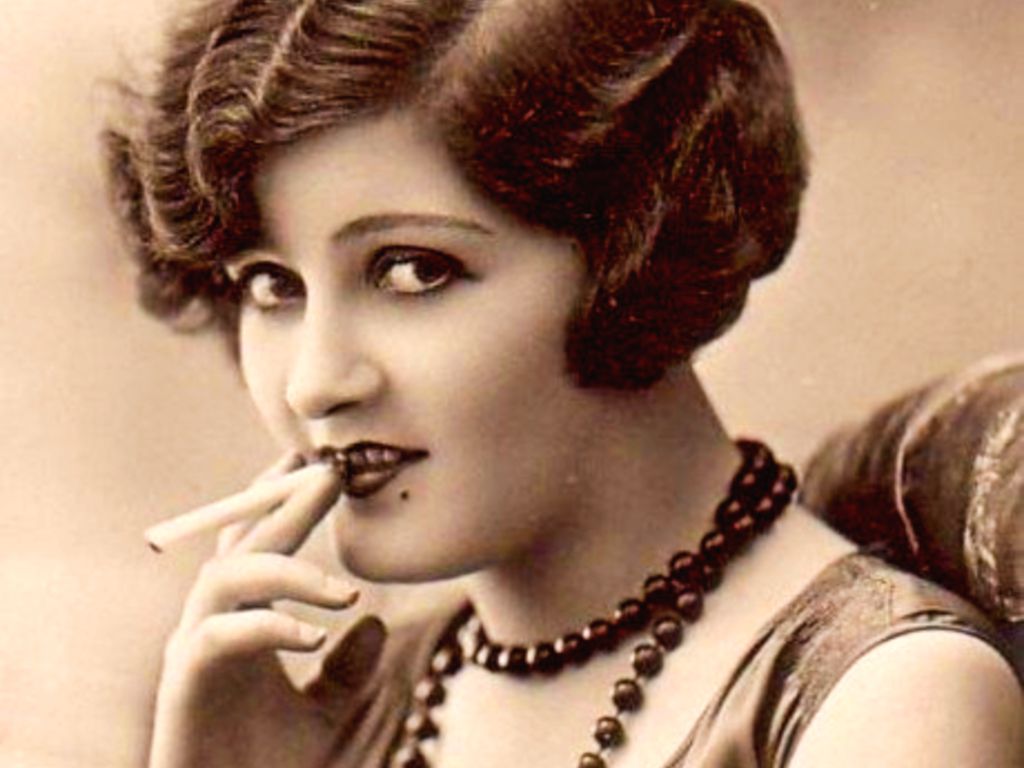 Zelda Fitzgerald was born Zelda Sayre in Montgomery, Alabama. She was known as the outspoken party girl of the 1920's. Though most popularly, she was known as the wife of the famous author, F. Scott Fitzgerald. But there is so much more to Zelda than meets the eye. She was just as talented and intelligent as her husband and her influence extends much farther than just the Nintendo game.

Considered to be the 'Original Flapper'

Zelda Fitzgerald was a free-spirited woman. She loved drinking, smoking, hanging out with boys; she loved going against the societal norms. Her high school graduation quote pretty much summed up her views on life, “Why should all life be work, when we can all borrow? Let’s think only of today and not worry about tomorrow.”

She Was a Novel Writer

Many people know of Zelda as the wife of the famous writer F. Scott Fitzgerald. However, many do not know that she wrote and published a novel called "Save Me The Waltz" in 1932. It is a semi-autobiographical novel about her marriage to F. Scott. She wrote a majority of the book during her treatment at Johns Hopkins Hospital after having a nervous breakdown.

Her Husband Copied Her Work

Both Zelda and F. Scott accused one another of stealing each other's works. For Zelda's first and only book, "Save Me The Waltz," F. Scott was upset that she took a lot of the events in their life that he was planning on using for his upcoming novel "Tender is the Night." However, F. Scott did steal from Zelda by copying entries out of her diary, word for word.

Her Award-Winning Short Story Was Lost

At the age of 18, Zelda published a short story called "The Iceberg" in the Sidney Lanier High School Literary Journal. It was a prize-winning piece for her, but many forgot it existed. However, a few years ago it resurfaced, and was republished in The New Yorker.

She Came From An Affluent Family

Zelda Fitzgerald, née Sayre, was from Montgomery, Alabama. Her family was very influential in Montgomery and a big name in the United States. Her grandfather and great-uncle served as US Senators while her father, Anthony, worked as a lawyer, then went on to be a state senator, city judge, state legislature and a justice for the Supreme Court of Alabama.

She Loved to Play Pranks

She Trained to Be a Ballerina

Zelda had trained in ballet as a child. When she got older, she hoped to return to her training. At the age of 27, she traveled to Paris to study under Madame Lubov Egorova. Unfortunately, Zelda suffered from a mental breakdown that most believed was the result of exhaustion.

F. Scott and Zelda Were a Wild Pair

From the moment they first got together until their separation, this couple was wild. Dorothy Parker once found the couple in New York City, sitting on top of a taxi cab. And it was reported that Zelda jumped into several fountains in New York City, fully clothed, during her time living there.

Her Parents Didn't Approve of Her Husband

Zelda was from a wealthy family with a high social standing in society. Her parents did not approve of her relationship with F. Scott. For one, he was from a lower social class. Secondly, he did not want to pursue a 'respected' profession. Zelda's father did not approve of F. Scott's desire to want to be a writer.

A Rocky Marriage with F. Scott

Their relationship started as a fairy tale romance, but was far from perfect. Zelda and F. Scott were both alcoholics, and their jealousy and insecurities fueled their fears that the other was cheating. At one point, Zelda accused F. Scott of having an affair with Ernest Hemingway. The couple never divorced, but were estranged when F. Scott died in 1940.

She Hated the Idea of Being a Housewife

Zelda was not a cook. She hated the idea of being a housewife and the chores of cooking and cleaning. Surprisingly, she did attempt domestic life after moving to Connecticut with F. Scott. Quickly Zelda found that a life without parties was quite mundane.

Her Husband Was Insecure About Her Praise

With a wife like Zelda, one would think that F. Scott would live quite the exciting life. However, he was constantly questioning his work and his talent. Zelda would receive a lot of praise from friends on her art, and occasionally from her writing.

Served As a Muse for "The Great Gatsby"

Many of F. Scott's stories surround a blonde woman, matching Zelda's description. They are all strong, independent women who do not conform to the standards set forth by society. He adored Zelda more than life and wanted to immortalize her in his novels.

Her Meeting with F. Scott Was Fictionalized in "The Great Gatsby"

Zelda met F. Scott at a country club dance in Montgomery, Alabama. He was a young lieutenant with hopes of becoming a successful writer. Their meeting was later fictionalized in his book, "The Great Gatsby." It's the same way that Daisy Buchanan and Jay Gatsby meet each other.

Zelda designed the covers for F. Scott's books, such as "This Side of Paradise" and "The Great Gatsby." Her pieces, including 140 illustrations and 80 paintings, from the 1930's to the '40s were compiled in a book published by her great-granddaughter, Eleanor Anne Lanahan, called "Zelda: An Illustrated Life: The Private World of Zelda Fitzgerald."

Her Daughter Prompted a Famous Line From "The Great Gatsby"

After the birth of her daughter, Scottie, Zelda had a conversion with F. Scott. He quoted her as saying that she had hoped for their daughter to be "a beautiful little fool." Quite ironic, speaking that these are similar to the words that Daisy Buchanan spoke about her daughter in the book, "The Great Gatsby."

She Had a Nervous Breakdown

During the 1930's and '40s, Zelda went in and out of hospitals. She suffered from what doctors called "nervous breakdowns." She was later diagnosed with schizophrenia. However, upon examination of her lifestyle choices and her extreme mood swings, it appeared that she more likely suffered from a form of bipolar disorder.

One night, after a big fight with F. Scott, Zelda ended up on the doorsteps of her best friend's house. She had overdosed on sleeping pills. It is unsure whether this was intentional or an accident. However, due to Zelda's experience with mania and depression, it does seem intentional.

Died in an Asylum

Zelda Fitzgerald died at Highland Hospital in North Carolina on March 10th, 1949. That night a fire broke out in the kitchen. Unfortunately, the hospital doors would always lock behind the staff. When the fire spread, the doors remained locked. Zelda, along with 8 women, did not make it to safety. Zelda was 47 years old.

Laid to Rest Next to F. Scott

Even though Zelda and F. Scott's tumultuous marriage ended in divorce in 1940, the couple was laid to rest together. Their tomb is engraved with the final line from "The Great Gatsby," “So we beat on, boats against the current, borne back ceaselessly into the past." Poetically tragic, yet beautiful.

Inducted Into the Alabama Women’s Hall of Fame

The Alabama Women's Hall of Fame is located at Judson College in Marion, Alabama. The state agency honors women that are associated with Alabama who have achieved great success in their life. In 1992, they honored Zelda Fitzgerald by shedding light on her works of art and writing, as well as her career in dance.

A Wild Turkey Named After Her

During one of Zelda's nervous breakdowns, she wandered around New York City. She kept walking until someone found her in Battery Park. Ironically, in the spring of 2003, a wild female turkey was spotted walking around the same park. Since the turkey was found similarly to Zelda, people named the turkey after her.

Jeni’s Splendid Ice Creams created a limited edition collection of ice cream in 2013. The range was based on the life of Zelda Fitzgerald. The flavors were meant to reflect Zelda's time in Montgomery and New York City. The flavor loveless biscuits and peach jam was inspired by Zelda's favorite food.

Inspired the Song "Witchy Woman" by The Eagles

While the "Witchy Woman" was started by Leadon, who was then a member of the Flying Burrito Brothers, it was finished by Henley. The Eagles' song took inspiration from Zelda Fitzgerald's life. Henley suffered from the flu and continued reading a book about the life of Zelda. In his flu delirium, he melded Zelda with women he had met at various bars.

Nintendo's Zelda is Named After Her

When Shigeru Miyamoto was developing a video game in the late 1980's, he had difficulty finding the perfect name for his heroine. After going through several names, he settled on Zelda. He got his inspiration from the flapper. Later he said, "She was a famous and beautiful woman from all accounts, and I liked the sound of her name."