Baby Boomer Foods No Millennial Would Be Caught Dead Eating 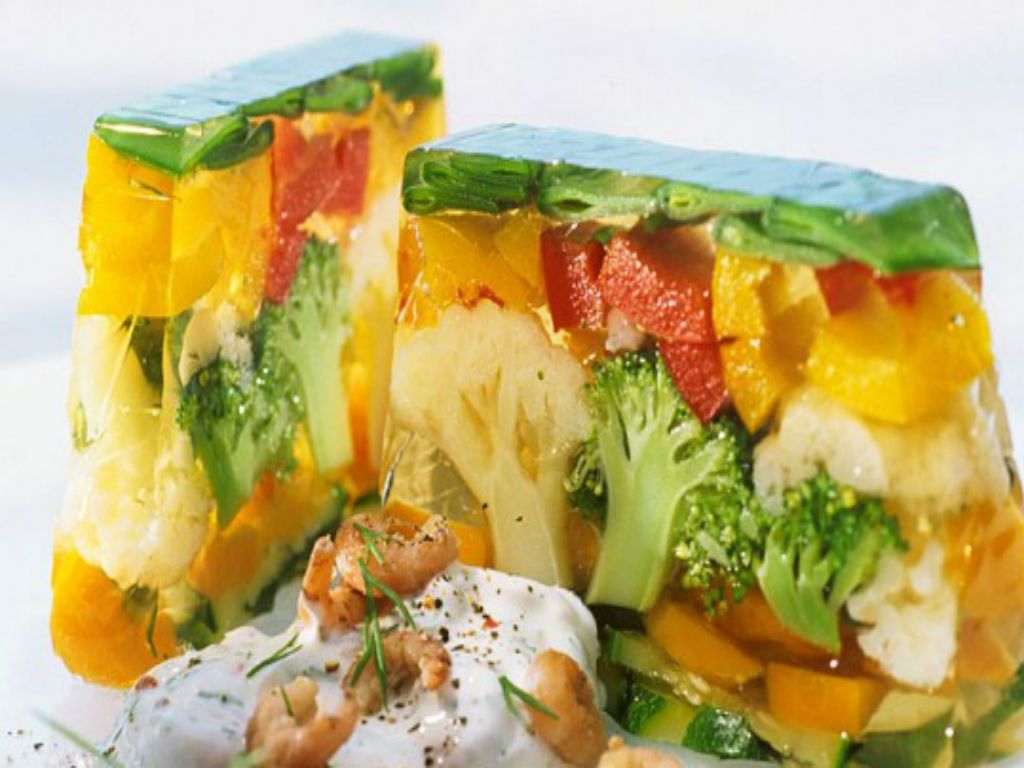 Tastes change from generation to generation. And we mean literal tastes, as in food. Today's young adults aren't necessarily eating all the same things as their parents and grandparents. Let's take a look at the once popular American foods that are quickly disappearing in the 21st century...

Potato salad isn't the worst thing in the world. Egg salad is also not too bad. But why does it have to be mushed up together in a loaf loaded with mayonnaise? It's certainly not the first thing I'd run to at a party.

This vintage cereal doesn't get the attention it used to. Among millennials, cereal consumption in general are way down. But even when they do eat cereal, they usually go for healthier fare, not Grandpa's boring old corn flakes, which are somehow loaded with sugar yet so bland at the same time.

I'd like to know who thought it would be a good idea to mash up the liver of an animal and serve it on bread. Gross.

This has to be a mistake. I'm convinced the person who came up with this concoction was high as hell. Why anyone would want to mix Jell-O with meat or fish is beyond me. In fact, Jell-O is an ingredient in way too many midcentury cookbooks. Our grandparents were gross.

If you fancy an early visit to the dentist, why not buy a pack of hard sweets? If you're a millennial reading this, you probably remember these sweets stuck together in a crystal dish in your grandma's house. But even as a kid you knew these random ribbon candies were too weird and gross to eat.

If anyone recognizes these, you'll definitely smell them just by looking at this picture. Licorices are somehow thought of as a type of candy. They're from a time when no food tasted good, and licorice allsorts were the best you could hope for. But to modern tastebuds, they just taste like sadness.

With almost every millennial being lactose intolerant, it's not often these days you'll see a 20-something chugging on a simple glass of milk. Maybe because it's disgusting and weird. Our baby boomer parents made us drink the stuff when we were kids because "it does a body good." Lies.

Fruit and meat should never be on the same plate, ever. This is like that "Friends" episdoe when Rachel tried to make a trifle, except people made this abomination on purpose. Yes, it's actually a real recipe from the 1970s and I am baffled.

A simple fish stick is not a dish that you see on a menu too often. Millennials were born into a generation where the presentation of a plate is key, and they like to eat seafood that's healthy and looks stylish and not cooked in a deep fat fryer.

Frozen meat, potatoes, veg and gravy. Pop it in the oven for half an hour and voila: dinner is served. Growing up in a postwar world, baby boomers were reaching peak levels in income and employment as opposed to the generations before and as such a hard day's work doesn't see time to cook a healthy, hearty dinner - so here you have frozen TV dinners.

Raise a frosty glass to the beers millennials want nothing to do with. Domestic beers like Budweiser, Coors and Miller are still among the best-selling as aging boomers buy them by the case. But American hipsters with more discerning tastes prefer specialty craft brews to the beer-flavored water their parents and grandparents guzzle.

Think of your favorite sandwich filling. Is it fish? No, of course it's not. You're not a monster. But for baby boomers, trust, it was very popular. I don't know any millennial who has ever fancied a fish sandwich.

We live among a generation that are obsessed with breakfast foods: avocado on toast, egg specialties, and salmon with eggs. But you don't see Scotch eggs on the menu at your favorite brunch spot. The British dish of egg wrapped in a fried mashed bacon was common among baby boomers, but overshadowed by the millennial's beloved avocados and egg dishes.

A popular holiday dish in the U.K., Ireland, Australia and Canada, this pudding filled with dried fruit and cognac is not the most mouth-watering dessert to enjoy after that filling Christmas dinner. When it was first invented it in the 14th century, they added beef to this dessert, but the baby boomers were smart enough not to re-introduce that ingredient. Credit where credit is due, I guess.

When I see jelly and meat together I think of dog food. But this dish was something humans like you and me ate back in the 1950s and '60s. Known as "perfection salad," a savory encased meal soaked in gelatin is not the perfect salad for millennials. Or really anyone with tastebuds.

Peaches, pears and pineapples, yum. What's better than fresh fruit? Well, fruit preserved in a heavy, sugary syrup that has sat in a can for months and months, of course. Spoon it out amongst yourselves.

Canned soup, easy to heat and serve for a quick meal in a pinch, were a staple in baby boomer pantries. But in a time when the world is health conscious and obsessed with knowing what they're putting in their bodies, millennials are content to let sodium- and preservative-packed canned soup gather dust on supermarket shelves.

You want to eat meat? Fine. You want to eat the liver of a calf? Why? Definitely a dish that does not appeal to the average millennial, but something their parents would have eaten as part of the norm.

When I look at this image of sardines, I think of bait fish for attracting larger fish when fishing, or big bears in the wild hunting for their dinner. Why are we selling these in cans in the supermarket? Who's buying them?

Millennials are unquestionably the generation that craves sugar deserts as opposed to fruit plates like a trifle. Who sits at home craving a bowl of fruit and cream? Maybe baby boomers still do. Weirdos.

Have you ever seen a fruit salad like this before? It's even more terrifying once you realize what its main ingredient is. It's mayonnaise. This vintage party plate graced the pages of a cookbook from when baby boomers were young, and I think I speak for all millennials when I say it can stay there.

Why prepare a healthy batch of freshly mashed potatoes that take no more than 30 minutes to cook when you can buy potato powder and just add milk and water? With millennials conscious about health and not supporting mass-produced, processed foods, this is a dish they're steering clear of.

Again, we see fruit making an appearance in a dessert dish. When you think of cake, you think "chocolate," not "currents." Millennials definitely do not say to themselves, "Yum, I'd love a piece of fruit cake right now." Never.

Yet again with the canned food. The smell alone when you peel back that metal lid should be enough to turn anyone's nose up at it. Yet meat in cans, from Spam to whole canned chickens, were staple foods in the pantries of older generations.

This sour German cabbage was clearly a more popular dish for baby boomers, usually as a topping on hamburgers and hot dogs. Not so much these days as many millennials have probably never even heard of sauerkraut let alone eaten it.