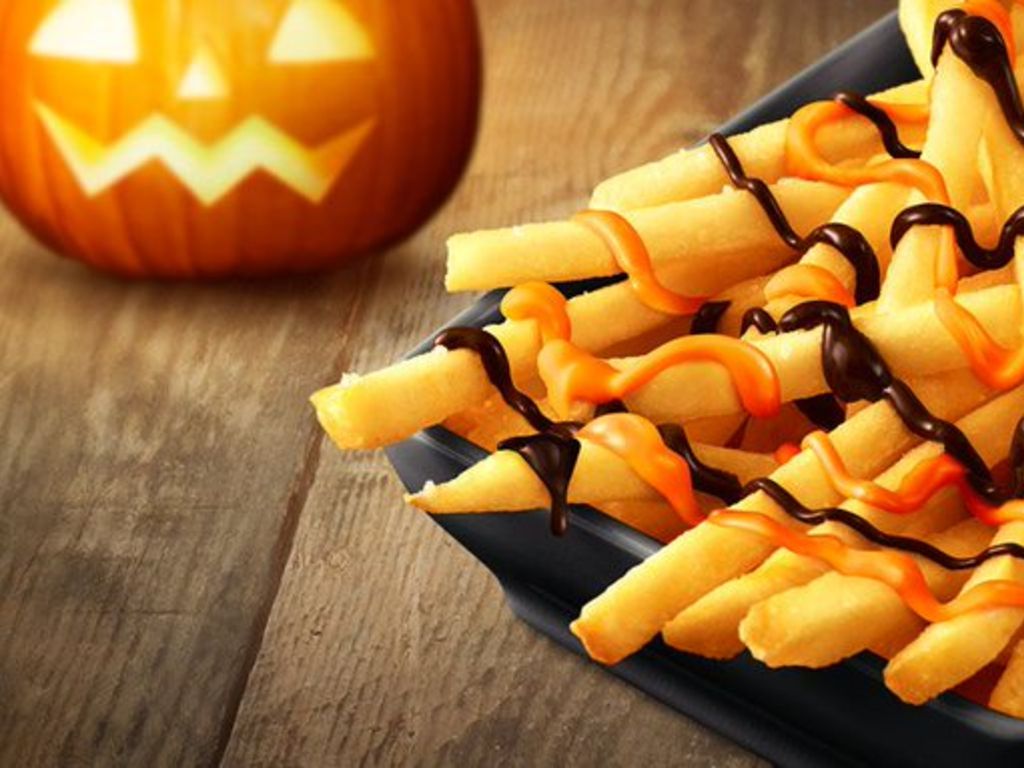 This year is flying by and it is already fall, so you know what that means! 'Tis the season for everything pumpkin! From snacks to soap and nearly everything in between, society has gone pumpkin spice crazy lately! Some of these items are even a little too wacky for our tastes. Check out some of the craziest items that are pumpkin spice flavored...

Back in 2012 Pringles decided to create a festive line of some savory and some sweet chips. In addition to Pumpkin Pie Spice, they also added white chocolate peppermint and cinnamon sugar, but all three flavors did not last. Turns out that when you want Pringles - sweet isn't a good idea.

A US-based fast food restaurant chain called Taco John's released pumpkin churros nationwide back in fall 2017. It was made with pumpkin purée, filled with crème and rolled in a pumpkin pie-spiced cinnamon and sugar mixture. Oddly, this sounds like a good idea, but it looks like the chain only did it for one year.

A few years back during pumpkin spice season, a US-based 'fancy' burger chain Umami Burger rolled out their Pumpkin Spice Latte Burger. Not just the pumpkin spice but a nice coffee flavor mixed into your burger. The beef patty was topped with a garlic aioli, tempura Kabocha squash (also called Japanese pumpkin), spiced Mascarpone and a coffee glaze.

2017 was a crazy fall for chain restaurants to roll out their pumpkin-flavored items. That year, fast food/usually-seen-in-New Jersey-malls pizza chain Villa released their Pumpkin Spice Pizza. The dough was topped with pumpkin pie filling and mozzarella cheese. After it was baked, additional pumpkin pie filling was added on top. This also did not last for the following fall season.

In 2017, Japanese McDonald's unveiled their pumpkin spice fries which are just regular McDonald's fries coated with pumpkin and chocolate sauce. We understand occasionally dipping a fry into a milkshake but this is too ridiculous. Japan is known for making wacky flavors (the Green Tea Kit Kat originated there) but these fries only lasted one season there.

Forget about eating pumpkin pie, let's drink it! Pinnacle, and a few other vodka brands, have released pumpkin pie flavored vodkas. Vodka is known for coming in a variety of flavors, especially from Pinnacle, they even have a whipped cream one - but it doesn't mean this pumpkin pie flavor is any good.

Kit Kats have been known for coming in a variety of fun flavors lately so this addition isn't a huge surprise. From green tea to strawberry to wasabi! Kit Kat starting releasing their pumpkin pie flavor a few years ago and it has continued to be an odd hit.

Yup, even your pits can have a nice pumpkin aroma to them! The brand Native, which is a paraben and aluminum free deodorant comes in a variety of smells and scents. From coconut and vanilla to charcoal to even, yes pumpkin spice latte. The company also creates lines of body wash and soap in a variety of strange flavors, too.

Pumpkin Spice isn't just for people anymore! Greenies, a popular dog treat that actually doubles as a helper to clean dog's chompers, recently came out with a pumpkin spice flavor. Does your dog care if their treat is pumpkin spice flavored? Most likely not, but hey, might as well give your furry friend a festive snack!

Pop Secret released a pumpkin spice flavored microwavable popcorn last year. It's like a more spicy (like added spices, not hot spicy) kettle corn. No word on whether it was a huge hit or not but it does look like it is still being sold at Walmart and Amazon if you want to try a box yourself!

Not just regular whey protein, (though, don't worry, they do have pumpkin spice flavored powders of those, too) but bone broth protein. It is the same type of protein you get from bone broth soup but in powder form with spices of fall to give it that delicious pumpkin spice flavor. Make your protein shake taste like pumpkin!

This one makes a little sense, Blue Diamond came out with Pumpkin Spice flavors recently. The Blue Diamond brand is actually known for creating funky almond flavors like toasted coconut and sriracha. It was bound that they would have a pumpkin spice one, too.

You know what sounds pretty gross? A Twinkie. You know what sounds much, much more gross? A pumpkin spice Twinkie. I don't know who thought of this wild concoction but it was definitely a snack we did not need. This Twinkie flavor came out a few years ago and it still comes out around this time of year.

Just when you thought pumpkin spice couldn't get any more gross and weird they created Spam in a pumpkin spice flavor - yum. This ham/pork product in a can is made with a blend of seasonal spices including cinnamon, clove, allspice, and nutmeg. That just does not sound very appetizing at all.

Extra created a Pumpkin Spice flavored gum which sure tastes okay if you enjoy pumpkin spice but also gives you that fresh breath feeling like other gum flavors do. It is definitely another product made for the pumpkin spice-obsessed friend. Who knows? Maybe if you chew some after drinking some coffee it'll give you that pumpkin spice latte flavor in your mouth.

Pumpkin salsa is an interesting dip, but a variety of brands carry the unique flavor. The salsa tends to lean on the savory side and some have chunks of pumpkin in it - which is a surprisingly savory vegetable. There is even a wide variety of recipes online for you to create your own.

While eating all of these pumpkin snacks, get some extra self care in your routine and wear a nice pumpkin spice face mask. Trader Joe's mask is made with biocellulose—a thinner, lab-made, compostable material. It has a variety of great ingredients for your skin plus clove flower, cinnamon bark, orange peel and ginger root oils to enhance its pumpkin spice-y scent.

Puff puff pass that pumpkin spice blunt, baby! Cigarillos are commonly used to create blunts, what a fun and weird flavor combination— marijuana and pumpkin spice— you'd probably have to be really high to enjoy it. Or, you know, you can just try the cigarillos on their own.

Truly not very surprising if you think about it, pumpkin spice latte does smell good so it makes sense that someone would create an essential oil of it. You can burn essential oils, use them in a diffuser, or rub them on you as a sort of perfume. This blend has a nice mixture of cinnamon and nutmeg spices.

Pumpkin soap? Why not. Make your hands smell like autumn! Mrs. Meyer's has a line of pumpkin products from dish detergent to soap. It's a nice idea, but when it's January and you still have this pumpkin scented soap - it gets a little silly.

After you drink your pumpkin spice latte, you'll need to wash that taste out of your mouth with something! This is also perfect for after Thanksgiving dinner, unless you're already totally sick of pumpkins by the end of November.

Make your pup smell like pumpkins! Espree, a dog shampoo line, created a special Holiday Pumpkin Spice Shampoo. Honestly, if there's soap and face masks, it's pretty crazy there's not a shampoo made for humans yet— a dog shampoo sounds like a good idea.