Sophie Dunne
The Best Foods You’ve Got to Try When You Travel the Globe August 15, 2019Leave a comment 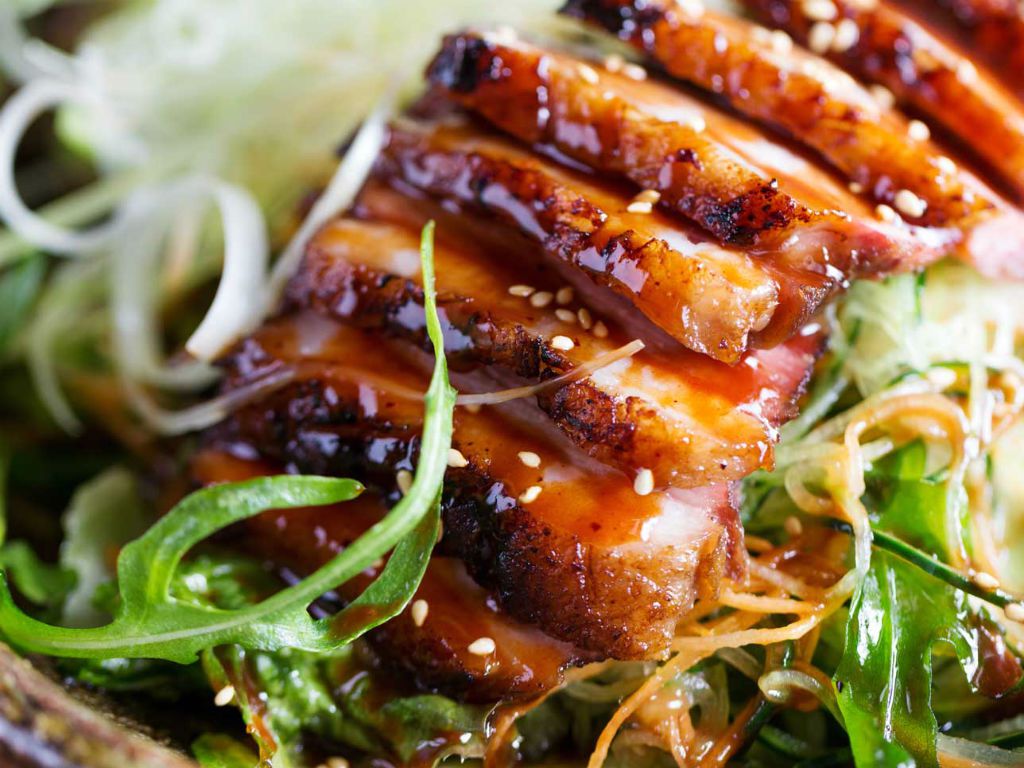 When you travel, you want to experience the authenticity of the country you’re in and test your taste buds with traditional dishes. Some of the following might make you want to barf, others are a lot more appealing. So let's look at some traditional dishes you may be faced with when traveling the world.

You can’t leave Austria until you’ve had a Wiener Schnitzel. This dish has made a name for itself all over the world, so you’ve probably heard of it before. Traditionally, Austrians make Schnitzel from veal and serve it with lemon however, if you’re not a fan of calves you can find the alternative chicken, turkey or pork schnitzel.

You can find halloumi in most countries around the world but, this delicious cheese is part of Cyprus’ cultural heritage so you have to try it when visiting the Mediterranean island. Halloumi is delicious in a salad, in a wrap and even as a veggie burger as it's is a perfect filler for vegetarian meals.

Czech Republic have an alternative way of using a clove of garlic and that’s in a soup. This traditional starter is made from a heavy dose of garlic, accompanied with croutons  and a raw egg giving your taste buds a variety of flavor. The Czechs also mix it up by adding meat or cheese to their traditional soup.

These scrumptious Portuguese sweet cakes are essential for getting a taste of Portugal. A light desert, these tarts are made simply form egg, custard and cinnamon and are an important part of Portugal’s heritage.

As this tiny island lies in the Mediterranean sea, it’s no surprise that seafood is among their most popular dishes. Lampuki pie has a marriage of ingredients that are influenced by Italian, Arabic and British dishes. The pie is loaded with fish, mint, lemon peel, raisons, tomatoes and olives and is a popular meal among the locals.

These are no ordinary croissants. Poland relish in this traditional desert which is simply a hard croissant shaped cookie filled with jam. If you have a sweet tooth, tasting one of these is imperative when visiting this European country.

Don’t be fooled by the word ‘pudding’, this is anything but a dessert. If you’re in Serbia and you are a die hard carnivore, you should try this traditional Serbian meal made from spare pig parts, gelatin and vegetables served cold in a compact pudding like dish.

If you can handle your drink, then consider tasting this strong and intense fruit brandy that is grown mainly on the Great Hungarian Plains. This drink comes in a variety of flavors such as cherry, apricot, pear and plum and is one of the major characteristic of Hungarian culture.

When visiting England, you will come across this main course in most traditional English pubs and restaurants. Its main ingredients are minced beef cooked in gravy with onions, peas and carrots, layered with a crust of mashed potatoes.

If you’re brave enough, on your next trip to Scotland, tempt yourself with the country’s most well known dish, Haggis. Haggis is made from a sheep's internal organs which are minced and mixed with toasted oatmeal and then stuffed into the lining of the sheep’s stomach. Yum!

You can find this soup on menus in Russia and most Eastern European countries. The soup is known distinctively for its ruby red color and is made from beef, cabbage, beets and other vegetables.

In Colombian, they take pride in their authentic cheese soup. The soup is made from Queso Costeño, a salty and crumbly cheese, cooked with yam, onion, garlic, tomato and lime juice and is a delicious alternative to eating cheese.

This yellow pudding like desert is a perfect sweet treat when exploring Brazil. Quindim is an effortless desert which consists of coconut, sugar and eggs and derives from the Brazilian state of Bahia.

When traveling to India you will notice an array of veg and non-veg meals but, you can’t go to India without trying their popular vegetarian paneer dishes. These milk curd cheese cubes (panner) can be cooked in a variety of sauces but the most common dish you’ll find is Palak Paneer, which is cottage cheese in a pureed spinach sauce.

When you travel to the Philippines, you will notice the heavy activity surrounding the street food and if you’re a daredevil you might want to eat like a local too. A popular food to try on the street is Adidas (no, not the brand) but simply put; barbecued chicken feet on a skewer!

It seems like everybody is traveling to Bali lately. So what traditional foods are you going to be faced with when you venture off there? Well, there’s this tropical snack found on almost every street food stall which is essentially made from boiled banana wrapped with rice flour.

Don’t leave Thailand without trying their infamous mango sticky rice. This classic Thai desert is made from sugary rice and slices of mango. You’ll find this at every street market and on every restaurant menu in Thailand.

If you’re traveling to Vietnam and you want to eat like the locals do, then you need to try these Vietnamese spring rolls or ’summer rolls’. These light rolls are typically packed with salads, prawns and pork and wrapped in rice paper.

This desert is widely recognised as the ‘National Cake of Australia’. These sponge cakes dipped in chocolate and coated with coconut are perfect served with a hot cup of tea and you can find them on almost every desert menu Down Under.

Kiwis are obsessed with their hockey pockey ice cream and they want their tourists to be too! This desert is literally vanilla ice cream mixed with lumps of honeycomb toffee... simple, yet delish! You can get your hands on this beloved New Zealand ice cream anywhere around the country.

When you’re visiting the land of the pyramids, you need to try these Egyptian falafels made from fava beans. In Egypt, falafels are traditionally served for breakfast along with eggs, cheese and pita bread.

This Moroccan appetizer fuses both sweet and savory together as the traditional meat filled pie is dusted with icing sugar and cinnamon. Traditionally, the pie consists of pigeon however, today its more commonly served with chicken.

While in Croatia, do as the Croatians do and try the nation’s most popular alcoholic drink. Rajika is a Balkan fruit brandy and is usually served at the beginning of the meal, together with dried figs.

In Macedonia, this snack is generally rolled in cabbage but can alternatively be rolled in grape leaves. The rolls are filled with meat and veggies and can be served with a dollop of plain yogurt.

When you hear the word ‘tripe’, you may automatically start to gag. However, if you’re the adventurous type you may be willing to try this traditional Romanian soup that’s packed with slow cooked animal parts and vegetables. Eat at your own risk!