Foods You Should Never Order at Restaurants, According to Chefs

Sarah Knieser
Foods You Should Never Order at Restaurants, According to Chefs September 10, 2019Leave a comment 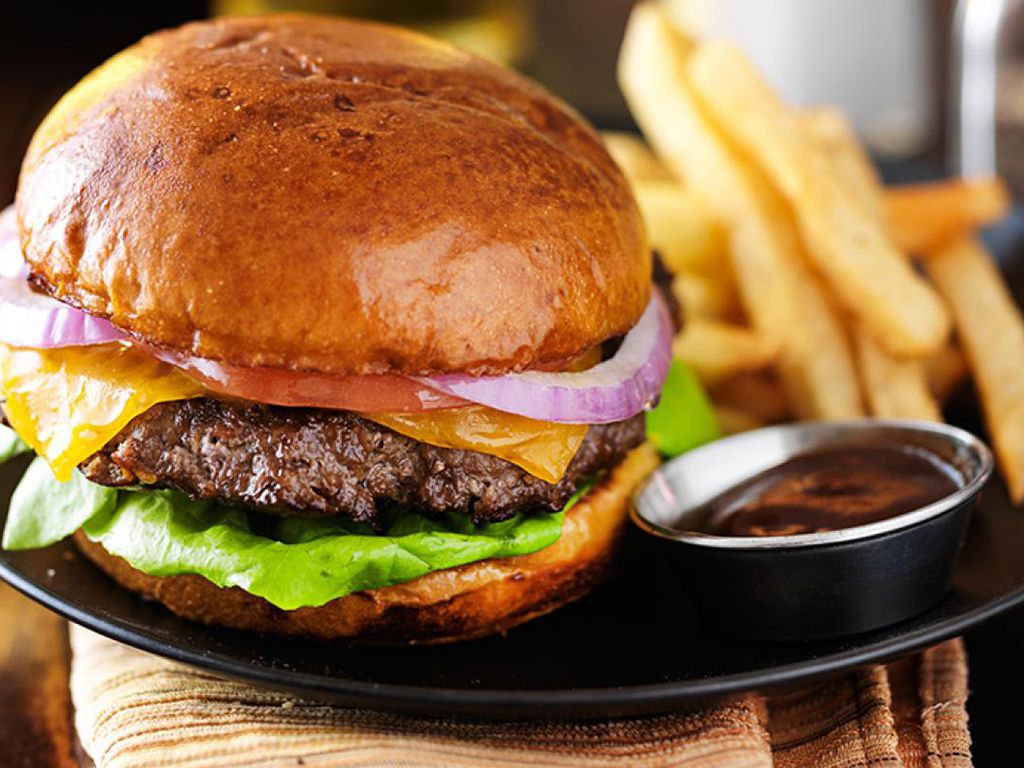 These dishes may seem delicious at first, but you might never order them again after hearing a chef’s opinion. Chefs train for years to be able to recognize high quality ingredients and expert food preparations, so it’s no surprise that they would be able to spot a dish that isn’t up to par in an instant.

Eggs Benedict may be your go-to Sunday brunch order, but chefs hate to prepare it. Sunday brunch chefs often utilize the odds and ends left over from weekend dinner menus and hollandaise sauce is no exception. The late chef and TV personality Anthony Bourdain once said, “Bacteria love hollandaise. And nobody I know has ever made hollandaise to order.”

This Italian staple isn’t a chef favorite and in reality, isn’t even truly an Italian dish. Restauration chef Phil Pretty spoke strongly about his aversion to the dish, “I would never, ever order chicken parmesan. It’s always frozen before cooked and tastes like a gross version of chicken nuggets.”

The free bread that restaurants leave on the table is usually there for one purpose: to keep you happy until your main course arrives. Unfortunately, it may be one of the biggest accumulators of bacteria in the restaurant. Chefs avoid the bread basket entirely because that bread may have been at someone else’s table before yours, and someone else’s table before that!

Ordering fish is always a gamble, so it’s helpful to know where it comes from and when it was caught. For example, in some areas in the United States, fish markets are closed over the weekend, so there’s a good chance that fish served on Monday isn’t very fresh.

It’s a common practice for diners to purchase the second cheapest wine on the menu, so they don’t lose face with the people they are dining with by ordering the cheapest wine. But, restaurants will often charge more for wine that cost them the least, so you may as well go with a more expensive bottle to get your money’s worth.

One of the riskiest foods on the menu at any restaurant are raw oysters. Even at costal restaurants or places known for their seafood, oysters that are old or left unrefrigerated for long periods of time can go bad quickly. “If handled and stored incorrectly, raw oysters can kill you,” Cordon-Bleu trained chef Mark Nichols told Reader’s Digest.

If you want to order a salad, choose an option with a bit more imagination than the wedge salad or stay home and prepare the dish yourself. Celebrity chef Ariane Resnick reveals, “You’re literally paying over ten dollars for a chunk of iceberg lettuce, often with pre-fab commercial dressing.”

Depending on the restaurant, the specials on the menu might be a way to point out a delicious dish or a way to clean out the fridge of old ingredients. Chef Gordon Ramsey advised, “Always take a look at the specials. If there are too many to count, it’s best to avoid them.”

Gourmet burgers may just be an attention grabbing way for chefs to take your money. Piling up ingredients like caviar, truffles, wagyu beef and French cheese isn’t meant for flavor, just price gouging. “Grinding up expensive meat just to make a burger is a waste,” explained chef Briscione from the Institute of Culinary Education.

This may be a popular brunch dish, but chefs would rather choose anything else. Corned beef hash became a popular dish during World War II because meat rations limited the availability of fresh meat. Executive Chef Jehangir Mehta explains, "I don't see why you would choose it for brunch today, there are plenty of delicious other options."

If you have a taste for the finer things in life, you might get a bargain buying them yourself. Chefs avoid luxury foods like caviar because they know where to get them cheaper elsewhere, and so can you! Caviar tends to have a high markup at restaurants and it’s usually not worth the extra cost.

If you think the deal you’re getting on Kobe beef is too good to be true, it probably is. Executive Chef Felix Tai explains, “You’re probably getting Wagyu beef, since all Kobe beef is Wagyu but not all Wagyu is Kobe beef. The labeling is used very loosely in the United States, and there is also only a number of restaurants that serve real Kobe since it's very limited.”

Chefs know the best preparations of their dishes, so they have high expectations when it comes to their food. Chicken is a notoriously difficult meat to cook because it is so easy to overcook and dry out. Because of that, it is usually the blandest protein on the menu.

If you love a batch of truffle fries, you might be surprised to learn that the truffle oil used in the dish is very rarely made with actual truffles. Chefs steer clear of anything that contains truffle oil because they find the imitation taste to be way too strong and they know that it will cause an overinflated price.

It’s not the water that’s the problem in most restaurants, but the lemon. A study published in the Journal of Environmental Health found that over 70% of lemons tested from restaurants were contaminated with harmful bacteria. Most bartenders aren’t held to the same sanitary standards as cooks in the kitchen, so it’s possible that the person handling that lemon didn’t wash their hands before it ended up in your drink.

If you have ever wondered if your waiter is judging your long and complicated order, they just might be. “Unless you are allergic to something, never sub-out one ingredient for another on a composed dish. In a trusted restaurant, the chef knows what he is doing,” chef Christopher Faulkner said in an interview.

Most vegetarian burgers at burger joints are on the menu to please a wider range of customers, not because the chef approves of it. Some of the veggie burgers sold at restaurants are of the same (or lower) quality than what you’ll find at the market and may be the same thing entirely!

To make desserts of expert quality is hard for anyone, including chefs. Unless they have training as a pastry chef, most chefs couldn’t put together a cake if they tried. There are several accounts of restaurants serving sheet cakes that were bought at Walmart and simply drizzled with raspberry or chocolate sauces to look more fancy.

Many people who have worked in the food service industry know that there are a few things that are rarely cleaned in a restaurant. Often, the beer tap is one of those things. One server told Food & Wine magazine, “No one cleans the fountain, and it usually has mildew festering in it.”

Out of respect for their fellow cooks, when professional chefs eat out they avoid ordering time consuming dishes that will greatly add to a chef’s workload. Artichokes are one of those ingredients, being notoriously labor intensive to work with. So, if you order an artichoke dish, make sure to send your compliments to the chef.

Chefs usually allocate the least desirable cuts of meat to cook well-done and give less attention overall to well-done orders. ”Chefs don't typically appreciate well-done orders unless there is a very specific reason for the request (elderly, pregnant, etc.)," says James Briscione, Director of Culinary Research at the Institute of Culinary Education.

Soup of the Day

A soup special is the perfect way to disguise leftover ingredients from yesterday’s dinner shift. Leftover pasta, beans and veggies can all find their way into a soup without customers noticing, so chefs tend to pass on a soup unless it is a trusted recipe that doesn’t change from day to day.

All You Can Eat Pasta

Most chefs worth their salt know to be wary of bargains. Dried pasta is inexpensive for restaurants and filling for customers, so the portions will likely be huge and bland. When choosing a pasta dish, most chefs want the pasta to be freshly made, and look for a serving size that is about the size of half a baseball.

Chefs often look for things they can’t find anywhere else when trying a new restaurant instead of an old favorite. “I prefer to have something special that a chef created with seasonal products,” chef Kayson Chong told Reader’s Digest. House Salads are often similar from one restaurant to another, so search the menu for something unique.

Anything If the Bathrooms Are Filthy

Don’t be afraid to check out the restroom before ordering if you’re trying out a restaurant for the first time. This is your first insight into how the staff takes care of their location. According to chef Anthony Bourdain, “if the bathroom looks bad, the kitchen probably looks worse.”