Camila Villafane
Celebrities Who Believe In Aliens (Including Someone Who Shared Video Of A UFO) March 20, 2018 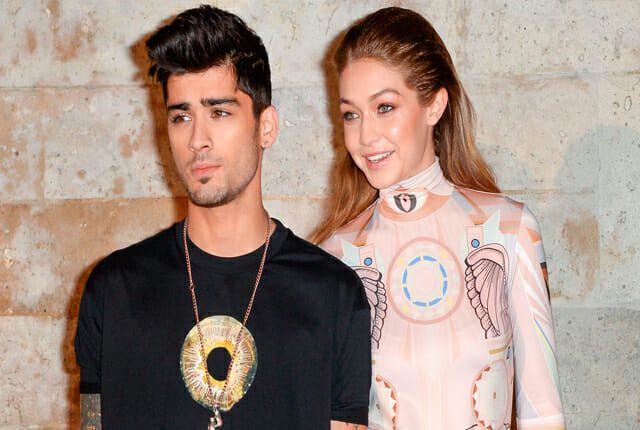 Do you believe in aliens? It's an ongoing debate that's as old as human civilization itself.  A lot of folks believe there is life on other planets. But others take a more egotistic approach. Because they think the idea of aliens is just a bunch of spooky X-Files stuff. And they say Earth's inhabitants are the only living things in the whole cosmos. Seems like not even famous people can agree about this issue. So here are a bunch of celebrities who believe in aliens and spaceships and abductions and stuff. Because who knows? Maybe they'll make a believer out of you.

In July 2017, the singer went on the Zach Sang Show and shared her story where she claims to have seen alien spaceships. And no, she was allegedly sober. The experience made a believer out of her, and on her album, Rainbow, she added a track called Spaceship. Sort of appropriate, don't you think?

Keeping up with the Kardashians can be as big of a challenge as finding little green men from Alpha Centauri. But in 2015, Khloe claimed she saw lights in the sky, so she tweeted, "Kendall and I are spazzing out!!!!! #UFO." The US Navy claimed it was a missile test, but Khloe remains a believer.

The actor from Gladiator, 2000, shot video footage outdoors from his office in Sydney, Australia. He and a friend were trying to videotape fruit bats that were hovering from the Botanical Garden and ended up capturing footage of an alleged UFO sighting, which he claims is real. Looks pretty credible!

You knew her as Fran on The Nanny. Well, in 2012, she told the Huffington Post that both her and her ex-husband, Peter Marc Jacobson, have had similar alien encounters. They also claim that Drescher has scars caused by the aliens when they implanted a chip in her. So Nanny Fine was abducted by aliens, apparently. Get a hold of that!

Malik may have gone solo after leaving One Direction, but he told Glamour in July 2016 that he doesn't believe humanity is solo. He also thinks an alien spoke to him in a dream. Of course, his model girlfriend Gigi Hadid, who did a space-themed photo shoot for Harper's Bazaar, only confirmed that she believed what her boyfriend believed.

Some celebrities who believe in aliens, have usually played believers on television or movies, but not Anderson, who plays Dana Scully, a non-believing FBI agent on The X-Files. Then again, while the actress didn't necessarily say she believed in aliens, she also claimed that she wouldn't rule it out.

The guitarist from Blink-182 had allegedly emailed John Podesta, Hillary Clinton's campaign manager in 2016 to talk about aliens. He says he's been searching for alien life for 20 years now and has had his phone tapped. He also claimed he had a UFO encounter and the UFO research could save humanity. Seriously, Tom. What's going on, man?

In a 2013 interview with Complex magazine, the singer claimed that we would be stupid to believe we are the only people here. She also said she is obsessed with aliens, but admits that's she's never encountered a real life E.T. However, she had a demonic experience at a Kansas City haunted castle. Spooky AF!

The rapper, and actor of films like After Earth, 2013, told Wonderland magazine that he had spoken to President Obama about alien life. Of course, Obama didn't confirm there were aliens, but he didn't deny it either, which for Smith means, that yes, there are aliens and he thinks that they're pretty cool.

Scott, who spawned the Alien film franchise in 1979, told the Agence France-Press (AFP) that if aliens decided to come to Earth, we would likely be f*cked because there are hundreds of species out there. He added that "if you are stupid enough to challenge them, you will be taken out in three seconds." We kind of agree, man.

The singer told GQ in 2014 that she sees everything through a spiritual lens. She also claimed she believed in aliens. She felt that if humans assume we're all alone in this planet, we'd be too self-absorbed not to believe in them. She even considered asking President Obama about aliens. I wonder if she ever got to do it!

While the WWE wrestler-turned actor can't recall of any conspiracy theories off the top of his perfectly shaved head, he, like many of his fellow celebrities, believes that only human arrogance would make anyone assume that we're the only living beings that exist in the whole entire universe.

The actor who played Captain Kirk on Star Trek told the Montreal Gazette in 2010  that he believes the mathematics support that life is indeed out there in the universe. And there's no doubt about it. But it makes sense since he spent so many years playing a captain who adamantly wanted to seek out new life and new civilizations.

You can add Ellen Ripley to one of the celebrities who believe in aliens. The actress who was in the Alien film series believes that the government is dedicated to debunking the belief that there are aliens, but that we are definitely not alone. And that it's unfair that the truth is kept hidden from humanity.

In 2016, the theoretical physicist released the documentary, Stephen Hawking's Favorite Places, in which he claims that we should be afraid of a potentially habitable alien world contacting humanity. He compared the theoretical encounter to the Native Americans encountering the colonists. According to him, it's not going to end good.

The singer went on Late Night with Seth Myers to call out humanity as being self-centered if they believed they were the only creatures in the universe. Clearly, she's Sorry Not Sorry if any non-believing fan out there was hurt by her claims because she does believe in extraterrestrials.

The star of the Mission Impossible franchise has encountered aliens in the movie War of the Worlds, 2005. While promoting the film, he told a German newspaper that there are a lot of things that humanity just doesn't know about and that only arrogance would convince us that we're alone in the universe. Hey may be cray, but he's kind of right.

The singer claims that she's definitely a believer of aliens, but mainly because she's had a couple of alien encounters in her life. She even points out that many of us probably have seen things in the sky that aren't shaped like airplanes and are undoubtedly alien ships flying through our airspace. Whoa!

On Jimmy Kimmel Live, Hillary Clinton, who has always spoken in favor of health care reform, gender equality, and rights for children and families, claims she wanted to take a look at files relating to UFOs and Area 51, a base in the Nevada Desert, where conspiracy theorists believe alien ships are kept.

The singer explained during an interview with The Morning, a British talk show, that he was in his LA backyard when he saw three UFOs in the sky.  The US Navy later said that it was the result of a Trident missile launch. But that hasn't stopped Jonas from believing the truth is still out there. But is it?

We already know that Khloe is a believer, but it looks like the youngest of the Kardashian-Jenner Klan, Kylie, does too. She told Cosmo that she had been to the highly restricted Area 51 and spoken with alleged alien abductees. She added that she finds aliens super interesting, but is also afraid of them.

In 2008, the musician wanted to give up a career in music to go out and search for evidence of extraterrestrials on Earth. Yes. Really. Then again, you can't blame Williams since he allegedly saw a UFO at a hotel one night. It was allegedly twice the size of his room, and it just floated off but ended up making him a true believer.

Adams falls in love with an alien in Man of Steel, 2013, and according to the actress, who also appeared on Arrival, 2016, a movie about aliens, she believes in other life in the universe. Anyone who doesn't believe is committing hubris. She feels that believing puts the universe into perspective.