15+ Real-Life Superheroes That Will Amaze You

Harvey Shepherd
15+ Real-Life Superheroes That Will Amaze You July 31, 2019Leave a comment 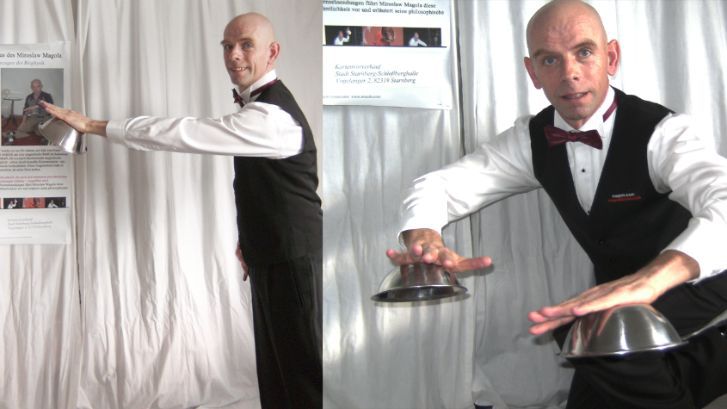 Have you ever wondered if there really exist people with superpowers like the ones shown in popular movies such as The Avengers or The Justice League? The answer is usually no, but there are some people who can be classified as real superheroes thanks to rare medical conditions that give them incredible powers such as the ability to break concrete with their heads, have X-ray vision and even see via echolocation as a bat does. Therefore, today we are going to show you the top 20 most amazing real-life superheroes.

If you've watched horror movies, you might have noticed this guy and despite the CGI and makeup, he really has a superpower: super flexibility! His condition called Marfan Syndrome affects the tissue inside his body, making limbs and fingers longer and very flexible.

Daniel Kish is the expert when it comes to using echolocation to get walk, hike, and even ride a bike! He is blind and can still see with echolocation, after doing a "clacking" noise with his tongue. This makes him the real-life version of Daredevil, minus the nunchucks.

"I taught myself to use flash sonar in much the same way that you taught yourself how to see," said Daniel in an interview.

This guy could definitely beome a superhero, since he is fearless! It all started with some health complications and Cushing's Syndrome among surgical interventions that in the end affected his ability to feel fear: "The first time I I had changed was when I went on the rides theme park with my kids and I just didn’t feel a thing. I just sat there, bored,” he said in an interview with Mirror. That's just sad, and while it sounds cool, the lack of adrenaline in his body also means his body's natural painkillers do not exist.

The next guy is not afraid to eat your TV, and we're not joking!

Michel Lotito was nicknamed as "Monsieur Mangetout" because he could basically everything he wanted, including metal. He discovered this talent when he was 9-years-old and ate an entire television set.

Gino Martino has earned the nickname "The Human Anvil" because he has a super strong skull. His skull is so strong that he can even break concrete over his head!

For some unknown reason, this man can create a magnetic field around his body just by using the power of his mind. This makes it possible for him to attract metallic objects to his body.

This woman's name is Natasha Demkina and she has X-Ray vision, just like Superman. If she focuses hard, Natasha can see into the bodies of others and she uses this gift in order to discover diseases.

Wim Hof has developed a special breathing technique that makes him withstand freezing temperatures. He simply doesn't feel cold and he can run a marathon barefoot on the snow! I bet that his heating bill is not expensive at all.

Grand Master Zhou Ting-Jue is an expert in Tai Chi, Kung Fu and Qigong. However, his most interesting talent is the ability to boil water just by simply holding it in his hands.

Takeru Kobayashi has a really special talent, he can eat very large amounts of food in record time. His stomach is elastic and this means that he eat more hot dogs than even 200-pounds guys!

Yves Rossi doesn't suffer from any special medical condition that makes him strong, but he still acts as a superhero anyway. Yves Rossi is known as "The Jet Man" because he is a professional pilot and aeronautical engineer who created his own jet pack.

Guy Bavli does not actually have telekinetic powers and instead, his skills lie in illusionism. He is the real life version of Spiderman's Mysterio villain because he is making everyone believe that he has superpowers.

Nina Kulagina is from Russia and she convinced an entire world that she has telekinetic powers. She showcased her skill on television and she left audiences in awe with her amazing skill. Could her power be real?

Scott Flansburg holds the title of being "The Human Calculator" because he has an incredibly sharp mind. He can add, subtract and divide big numbers at incredible speeds. No one can match his mind when it comes to math.

While Ron White might look like an average guy in this picture, we are assuring you that he is quite special. Ron White has the world's best memory and he remembers entire phonebooks just after looking at them once.

Just like Ron White, Stephen Wiltshire also has an amazing memory. He can look at a landscape from a helicopter for a couple of minutes and then draw it all on a whiteboard.

Dennis Rogers is an incredibly strong man and he is known for being able to rip phone books in half with his bare hands. Can you believe that?

Derek Paravicini is often called "The Human Orchestra" and the reason behind this is that after listening to one piece of music for one time, he can play it perfectly on any instrument!

Kim Peek has one of the world's most powerful brains. He can read super fast by scanning one page with one eye and the other with the other eye. To make things even more impressive, Kim Peek remembers everything he reads!