Famous People Who Died And Barely Anyone Notied 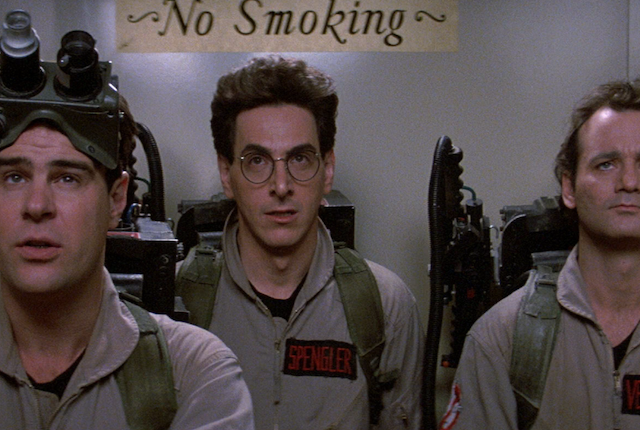 When a celebrity dies, we all feel it, at least a little bit — the media ensures this. But not all celebrities are equal. And while some deaths continue to make headlines every year after the fact, others just seem to slip into obscurity. But we won’t forget, even if the rest of the world has. These 25 celebrities you forgot died deserve a second remembrance.

James Rebhorn was one of those actors that you’d look at and immediately recognize, without having any clue as to what he was in (it was Independence Day). In 1992, Rebhorn was diagnosed with melanoma, which he finally succumbed to in March 2014.

With an extensive list of film credits, including Angels in the Outfield, Easy Money, and Fast Times at Ridgemont High, Taylor Negron was a well-known face in Hollywood. But he was also an accomplished painter with an extensive fine art background. He died at age 57 in January 2015 of liver cancer.

As the older brother to actor and comedian Eddie, Charlie Murphy achieved a measure of fame for his role on Chappelle’s Show. He was also a well-known voice actor, appearing on The Boondocks and Rockstar Games’ Grand Theft Auto: San Andreas. He died from leukemia in April 2017.

Actor, director, and writer Harold Ramis was the man behind many of the great comedies we cherish to this day, including Ghostbusters, Caddyshack, and Groundhog Day. He was also well-known for his 20-year feud with longtime friend Bill Murray. The two made amends right before Ramis’ death in February 2014 of complications from autoimmune inflammatory vasculitis.

Don Henley may be the name most people associate with the Eagles, but fellow founder Glenn Frey spent an equal amount of time in front of the mic, taking lead vocals on songs like Take It Easy, Peaceful Easy Feeling, and Lyin’ Eyes. For nearly 20 years, Frey suffered from rheumatoid arthritis, and his prescribed medication eventually led to colitis and pneumonia. He died following surgical complications in January 2018.

An English action star, you may remember Trevor Goddard from such hits as Men of War, JAG, and Mortal Kombat, in which he played Black Dragon mercenary Kano. In June 2003, Goddard was found in his home, having died of a drug overdose from a combination of heroin, cocaine, Temazepam, and Vicodin.

Ask any horror fan, and they can tell you exactly who William Peter Blatty was. The award winning writer was the man behind The Exorcist (both its novel and its big screen adaptation). In January 2017, Blatty passed from multiple myeloma, a type of cancer that affects plasma cells.

While his name may not sound familiar to those of us without extensive music knowledge, Clyde Stubblefield was one of the most influential drummers of all time. He worked extensively with James Brown, and his drum patterns have been heavily sampled, particularly in hip hop. Having survived cancer in 2000, Stubblefield died in February 2017 from kidney failure.

As Marcus Belby in Harry Potter and the Half-Blood Prince, the bulk of Robert Knox’s time on screen was spent, well, eating. The 18-year-old actor didn’t get the chance to fully embark on a career, though, as he was stabbed to death in May 2008 in a bar brawl while protecting his younger brother.

Nicole DeHuff got her big break in 2000’s Meet the Parents as Teri Polo’s younger sister, Deborah Byrnes. She went on to play a number of supporting roles on television, but her life was cut short at age 30, on account of misdiagnosed pneumonia, in February 2005.

Christopher Pettiet had a number of film and TV roles to his name by the time of his death at age 24, but he was probably best known for playing Zach Crandell in 1991’s Don’t Tell Mom the Babysitter’s Dead. He died of an accidental drug overdose in April 2000.

Marque Lynche was a former Mouseketeer who starred on The All New Mickey Mouse Club between 1993 and 1995 before he competed in season 3 of American Idol. In December 2015, the 34-year-old died in his apartment of “acute and chronic” alcoholism.

Think back on 1993’s Jurassic Park, and you’ll probably pick Jeff Goldblum to be the film’s most memorable character. But it’s Bob Peck’s “Clever girl” line that’s been immortalized in meme-famy. The 53-year-old actor died in April 1999 of cancer.

If you don’t know Lee “Q” O’Denat by name, you’ll surely recognize the name of the site he founded, WorldStarHipHop. It’s known for its video library of public fights, music videos, and the like. O’Denat died of atherosclerotic cardiovascular disease in January 2017, a result of morbid obesity.

25-year-old Justin Pierce was a member of the original Zoo York skateboard team, as well as an actor, known best for his role as Casper in 1995’s Kids. He hanged himself in July 2000 in his hotel room at the Bellagio in Las Vegas.

Abel Ferrara’s 1992 crime thriller Bad Lieutenant is a bonafide cult classic, but not many realize that Zoë Lund co-wrote the script on top of appearing in a supporting role. Lund was a musician, model, actress, author, producer, political activist, and screenwriter before her death at age 37 in April 1999 of cocaine-induced heart failure.

Some of the most famous American game shows came about because of Chuck Barris. The man hosted The Gong Show, as well as The Dating Game and The Newlywed Game, both of which he created. He died of natural causes in March 2017.

Remembered as one of the greatest wrestlers of all time, Randy Savage had a 32-year career in the ring, during which he won 29 titles. Plus, he had a pretty sweet endorsement deal with Slim Jim in the ‘90s. In May 2011, Savage suffered a heart attack while driving with his wife, crashing his Jeep into a tree. His official cause of death was listed as “atherosclerotic heart disease.”

Nathaniel Marston was a favorite of American middle-aged housewives for most of the late ‘90s and ‘00s, as he had roles on both As the World Turns and One Life to Live. In October 2015, he died as a result of injuries sustained in a car accident near Reno, Nevada.

Another Harry Potter and the Half-Blood Prince alum, Dave Legeno was an actor and mixed martial artist with a list of film credits ranging from Snatch to Elizabeth: The Golden Age. In July 2014, Legeno’s body was found by hikers in Death Valley, California, his death the result of heat stroke and exhaustion.

Masaya Nakamura was a Japanese businessman who lived to the ripe old age of 91. But what’s really important here is that he founded Namco, the company responsible for Pac-Man. Nakamura died of natural causes in January 2017.

Your younger siblings will definitely know Windell Middlebrooks from Disney’s "Suite Life on Deck" and "Hannah Montana." But you’d probably remember him best as the Miller High Life beer deliveryman. Middlebrooks died as a result of a pulmonary embolism in March 2015.

Glenn Quinn was an Irish actor known partly for his role as Mark Healy on Roseanne, but mostly for his turn as the half-demon sidekick Doyle on Angel. He died at age 32 in December 2002 of a heroin overdose.

Like Quinn, Andy Hallett garnered a large fanbase for his role as Lorne on Angel. But Hallett’s death in March 2009 was much more tragic. Following a dental infection that spread to his bloodstream in 2005, the actor developed cardiomyopathy. In the four years that followed, Hallett was hospitalized at least three times for heart-related issues before finally succumbing to the disease.

Welsh actor Andy Whitfield was best remembered as the lead in Starz’s Spartacus. In March 2010, Whitfield was diagnosed with non-Hodgkin lymphoma. In spite of his bill of clean health in June of that year, he suffered a relapse three months later and died in September 2011.