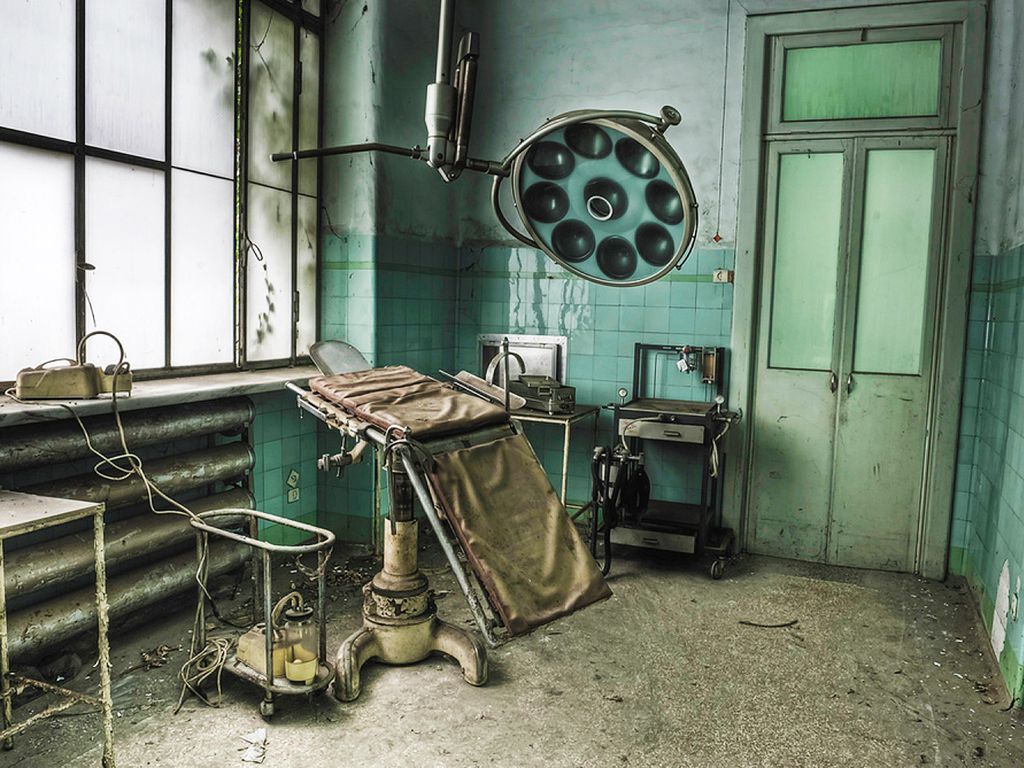 Insane asylums, now known as mental hospitals, have been the talk of horror movies for years, even inspiring the season of the television series "American Horror Story: Asylum." Unfortunately, much of what you see on television isn't too far from the truth.

The harsh reality is that the truth is a lot darker than any television series or movie has ever shown. When journalist Nellie Bly went undercover at one such asylum in 1887, she discovered the truths of these institutions...

Patients in a hospital rarely had any time to themselves. Nearly everything they did involved assistants or other people to be in the room. Everyone would eat in the same communal dining space. The bedrooms would sleep up to 10 or more people. Even bathing was not something done alone; it was a form of treatment, so an attendant had to be present.

When Nellie Bly went undercover to expose the horrific conditions of these asylums, she reported hearing multiple screams from women throughout the night. There were screams of women yelling, "Murder!" As well as others who begged for death. Based on the conditions of these hospitals, it would only make sense for this to be a nightly occurrence.

The admissions process for an asylum was lengthy. It began with a medical examination that was followed by an interview and psychiatric evaluations. Unfortunately, since most patients were admitted against their will, most doctors would skew the results in favor of the hospital. Some patients were accused of taking drugs to explain certain behaviors.

Not Just For Adults

Children were sent to asylums for a multitude of reasons. A child could have a birth deformity, epilepsy, a developmental disability, or a bad temperament. However, instead of calling these institutions hospitals, they were called schools. So if parents had to explain the absence of a child, they would say, "they've been sent away to school."

Same Treatment No Matter What Age

The treatment for mental illnesses did not change based on age, so children and adults endured the same horrors. Methods included being wrapped in cold, wet blankets for days, spinning and electroshock therapies. The technique of branding was a common treatment method as it was thought to bring a patient to their senses.

Diseases Were Administered to Treat Other Diseases

A fair amount of patients admitted to asylums had syphilis. During this era, there was no cure for the disease, so many doctors speculated how to solve the problem. One such doctor was Julius Wagner-Jauregg. He theorized that a patient with syphilis, if injected with malaria, would be cured. He conducted experiments on many patients to prove this theory, most likely without their knowledge.

Death Was Common Due to Harsh Conditions

Not surprisingly, with the patients subjected to such atrocious living conditions, the mortality rate was high. Patients died from complications from experimental procedures and various diseases. Sadly, children had a higher death rate than adults.

Topeka State Hospital Was Closed in 1997

Located in Topeka Kansas, the Topeka State Hospital was in operation from 1872 to 1997. It later came to light that hospital staff abused many patients. One report stated that a patient was found strapped to a bed using leather restraints. They had been confined for so long that their skin started to grow around the constraints.

Patients at mental hospitals were treated in the worst of conditions. These patients were not cared for by the staff. They were treated as a burden to society. They were never given the help they so desperately needed. In a few of the hospitals, it was reported that patients aimlessly walked around naked and covered in their filth.

During the late 1940s and into the early 1950s, MIT researchers, led by Robert Harris, teamed up with Quaker Oats to conduct a series of experiments on boys at the Fernald State School. The experiments consisted of boys eating oatmeal and milk laced with radioactive iron and calcium. The goal was to study how the body would react to absorbing the iron.

There Was Only One Way Out

Once committed to a mental hospital, there was only one way out: patients would have to convince doctors that they were cured. Doing this was incredibly difficult because many doctors believed this was a sign of the mental illness. Since many doctors had ideas of how a healthy individual should sound and act, patients had to mold themselves to that ideal.

Rotational therapy was developed by the grandfather of Charles Darwin, Erasmus, and implemented by Dr. Joseph Mason Cox. The idea was that by rotating, or spinning, a patient excessively in a chair, it would release "brain congestion." This type of treatment was used in an attempt to cure patients suffering from hysteria or mania.

Rights Were Stripped Away When Patients Were Admitted

When being admitted to a hospital, a patient had their rights stripped away. They would be searched and have their possessions taken from them. After, they would be forced to strip down and take a bath in front of the medical staff. Whether or not a patient gave consent, they would be subjected to various testings, including but not limited to a physical exam and blood tests.

Most people were sent to asylums for reasons that had nothing to do with the state of their mental health. Many women were committed to hospitals because they disobeyed their husbands. Others were committed for reasons of homosexuality, theft, or for having a physical deformity.

No Uniforms For Attendants

When we watch television series and movies, like "One Flew Over The Cuckoo's Nest," we see the medical staff in uniforms. In reality, the medical staff at an asylum rarely wore uniforms. They didn't even wear forms of identification. Naturally, this caused confusion among patients and visitors. Most said that they could only tell the difference because staff members dressed slightly better than patients.

Depending on their diagnosis, a patient could be subjected to a specialized diet. In the case of Nellie Bly, she was forced to eat meals that consisted of tea, a single piece of bread, rancid butter, and 5 prunes. Other doctors believed that eggs held the cure for mental illness. It was reported that one asylum went through 17 dozen eggs for 125 patients each day.

Due to the overcrowding of mental hospitals, it only made sense that there would not be enough medical staff. On top of this, many of the staff members were highly unqualified. So not only did the hospitals not have enough staffing to care for their overpopulated institution, the doctors were not qualified to help the patients.

Many People Were Sent Involuntarily

A vast majority of patients were involuntarily committed by their spouses, in-laws, or parents. In one case, there a woman who lived a happy life with her husband and son. One day, her mother-in-law said she would take her to the dentist for a sore tooth. Instead, her mother-in-law brought her to an asylum so her grandchild would not be "corrupted" by her ways.

Limited or No Visitors

The Calming Method Was Used to Treat Hyperactive Patients

The calming method, which was commonly called hydrotherapy, was used to treat hyperactive patients. The idea was to tire them out with stimulating baths. A patient was strapped in a bathtub of warm or ice-cold water. They would sit there for several hours or even a day. Sometimes they would not be let out to use the restroom.

When investigators finally began looking into asylums and seeing the horrific truths behind the closed doors, they discovered yet another tragedy. Due to the inhumane living conditions, most hospitals didn't know what to do with the bodies of the patients that died. The solution: mass graves. Once these were discovered, it resulted in the immediate closure of the facility.

Since everyone and anyone was admitted to a mental hospital for almost any reason imaginable, overcrowding happened quickly. There was one hospital, located in Philadelphia, that was built to accommodate 500 patients. Instead, they housed 1,130 patients. To make room for more people, the hospital put bedding on every floor space available.

Some Patients Could Wander Freely

In some hospitals, it was allowed for the patients to wander the halls at night. At first thought, this seems to give more freedom to the patients. On the contrary, it creates more problems. One patient reported that he awoke one night to find two patients in his room watching him sleep. He looked next to him only to see a third patient tucking in his bedsheets.

Dr. Robert Patterson Was Given a Taste of His Own Medicine

The Christian Church Hospital, located in Kansas, was run by Dr. Robert Patterson. He ran the hospital for 30 years using the most primitive methods to "cure" the mentally ill. Patterson would put patients in cages, chain them to their beds, physically abuse them, or use the ice pick lobotomy method. Ironically, later in his life, Patterson went "insane" and the treatment given to him was the ice pick lobotomy.

Dr. Henry Cotton was probably the most terrifying "medical professional" of the early 1900's. He theorized that mental illnesses were related to an infection of the body. He'd usually start by removing a tooth or two. If that didn't work, he would conclude that the infection spread. So he'd remove whatever body part he saw fit, including: ovaries, tonsils, stomachs, limbs, gallbladders, testicles, and colons.