Camila Villafane
7-Year-Old Millionaire Made His Fortune on YouTube July 30, 2018 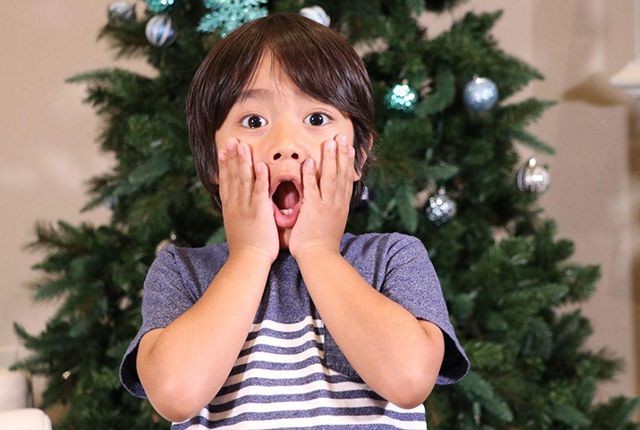 These days, kids don’t need to become child actors to become famous celebrities. Because they can go on YouTube and become an instant success. And if you don't believe that, just ask 7-year-old YouTube sensation Richie Ryan. Here’s how this 7-year-old's YouTube videos made him rich.

While most kids lead an ordinary life dealing with school and friends, Ryan, who is 7 years old, works as the host of a popular YouTube channel. Best of all? He's getting compensated really well for it. Like, REALLY well.

According to Forbes’ annual list of the highest-earning YouTube celebrities, Ryan's channel generated approximately $11 million in 2017 before taxes were taken out. But did it beat the competition?

Popular YouTube comedy channel Smosh was probably shooked when they discovered that Ryan's channel estimated $11 million put them both in a tie for eighth place on the Forbes List. As you can imagine, Ryan’s channel was getting lots of attention.

News outlets like The Verge, who profiled Ryan’s channel and family in 2016, took notice. But it was hard not to! After all, Ryan and his parents had shot, produced, and released videos practically every day since March 2015.To say that Ryan was having the time of his life is an understatement!

I Want To Review

So what makes Ryan's channel so popular? It's called Ryan ToysReview, and it came to life after Ryan, who was a 4-year-old at the time and loved toy-review videos, asked his parents why he couldn’t review toys on YouTube too. So, they gave him a shot to see if he actually enjoyed it. But it was a slow start for sure.

Ryan ToysReview didn’t take off until one of his videos went viral in July 2015. The video had Ryan reviewing toys from Pixar’s “Cars” series. At the time. the video hit nearly 800 million views, but Ryan’s first video was the beginning of a lucrative business.

The 7-year-old's YouTube reviews made him rich, and his initial 15-minute video about a Lego Duplo train set was extremely adorable. In no time, he started getting thousands of views. Ryan claims that he was inspired by other Youtubers who got to play with toys while reviewing them.

Ryan loved watching review channels like EvanTubeHD and Hulvan Maya, which is what gave him the idea of starting his own YouTube channel. His mother told TubeFilter that he liked these channels because, "they used to make a lot of videos about Thomas the Tank Engine, and Ryan was super into Thomas."

The channel doesn’t simply review new toys, but delicious food products for kids as well. Rest assured, the videos offer plenty of cuteness and peppy commentaries from Ryan, who's a little spitfire. It's his incredible personality that keeps subscribers coming back for more. But how big is his channel? Well, Ryan ToysReview's has already surpassed 10 million followers!

In 2016, The Verge reported that Ryan ToysReview earned a whooping $1 million a month in advertising revenue thanks to the 10 million folks that had subscribed to his channel. As of July 2018, the channel has officially reached over 15 million subscribers, and counting!

He Reviews Anything And Everything

Ryan’s channel went viral when he opened and reviewed a giant egg surprise box, which contained over 100 toys from Pixar’s “Cars” series. As you can imagine, kids from all over the world were dying to know what was inside. And that video alone has already reached 890 million views so far. Since then, the channel has really taken off.

Getting To The Top

Ryan ToysReview’s number of views doubled each month. By January of 2016, the massively successful channel reached 1 million subscribers. A year after that, the number of viewers was over 5 million. Now that number has tripled thanks to his adorable personality and incredibly fun reviews.

It’s All Fun And Games

Anyone who’s seen Ryan’s videos know he has tons of fun playing with Power Rangers and forts, but he also adores to pretend play, like he did in The Floor Is Lava challenge. That was a blast, but it's not nearly as much fun as trapping his folks. Yup, he did that too!

Parents In A Jar

His parents are always a part of his channel, whether they’re offering him encouragement behind the scenes, or when they make guest-appearances, like the time when Ryan put his folks in a jar. But did Ryan's little shenanigans caused his mom to quit her job?

According to The Verge, Ryan’s parents are in charge of producing the videos. And given all the money the channel has raked in, it’s no surprise that Ryan’s mom got to quit her high school chemistry teacher position. And boy, is she busy now!

Ryan’s parents told TubeFilter that the channel’s demographics mainly include children between the ages of 3 and 7. And since kids absolutely love, love, love, surprises, Ryan ToysReview, offers plenty to reel kids in.

The word “surprise” seems to be a recurring theme in Ryan’s videos. So, it’s no surprise that 30 of his most popular videos include the word “Surprise” all in caps in the titles. But there’s nothing's more surprising than a celebrity making a cameo, right? Well. Ryan did that too!

This 7-year-old's YouTube reviews made him rich, and it attracted some attention from NBA player Kevin Durant, who performed a kid’s science experiment in one of Ryan’s videos. But even kids have deeply guarded secrets.

Ryan’s full of spunk and his videos are so enchanting, that kids binge-watch them as soon as he posts them! So naturally, he’s accrued some fans. But people sometimes forget that he’s just a kid. Fortunately, his parents haven’t, so they’ve kept Ryan’s last name and location a secret.

Children all around the globe have spent hours watching his videos, and according to The Washington Post, a few of them decided to follow in his footsteps and created their own channels. Once upon a time, this little boy was finding inspiration on other people's work. Now, his toy reviews and fun videos are inspiring kids as well!

Ryan has plenty of young fans, but these kids don’t see a stranger when they look at his entertaining videos. They consider him a friend. How awesome would it be to have millions of friends scattered around the world? But the question remains, is there an end in sight?

An End In Sight

Ryan’s parents will continue supporting the channel until Ryan gets tired of it. Once he gets bored, they’re totally okay with shutting the channel down. For now, Ryan's mom says he simply adores making videos. "Every time I tell him we’re going to film, he gets so excited," she told TubeFilter.

He's Still Having A Blast!

But so far, there’s no set date in sight: "As long as he’s loving it and it doesn’t disrupt his daily routine, we plan on continuing. But the moment he’s not having fun any more, that’s when it will be time to stop," Ryan's mom went on to say on TubeFilter. Given that Ryan is still really young, he still doesn't realize just how incredibly accomplished he is.

He Doesn't Get It Yet

His dad talked about his unexpected success, and told TubeFilter in 2016, "He’s only four, so he doesn’t fully understand everything yet. But when we’re out in public — either at a toy store or Target or grocery shopping — people recognize him and he gets very excited. He thinks they’re his friends and he wants to play with them." It's safe to say that this little entrepreneur's future is shining bright!