93-Year-Old Lady Stuck In City Devastated By Wildfire, Until Garbageman Shows Up To Save Her

Harvey Shepherd
93-Year-Old Lady Stuck In City Devastated By Wildfire, Until Garbageman Shows Up To Save Her June 22, 2019Leave a comment 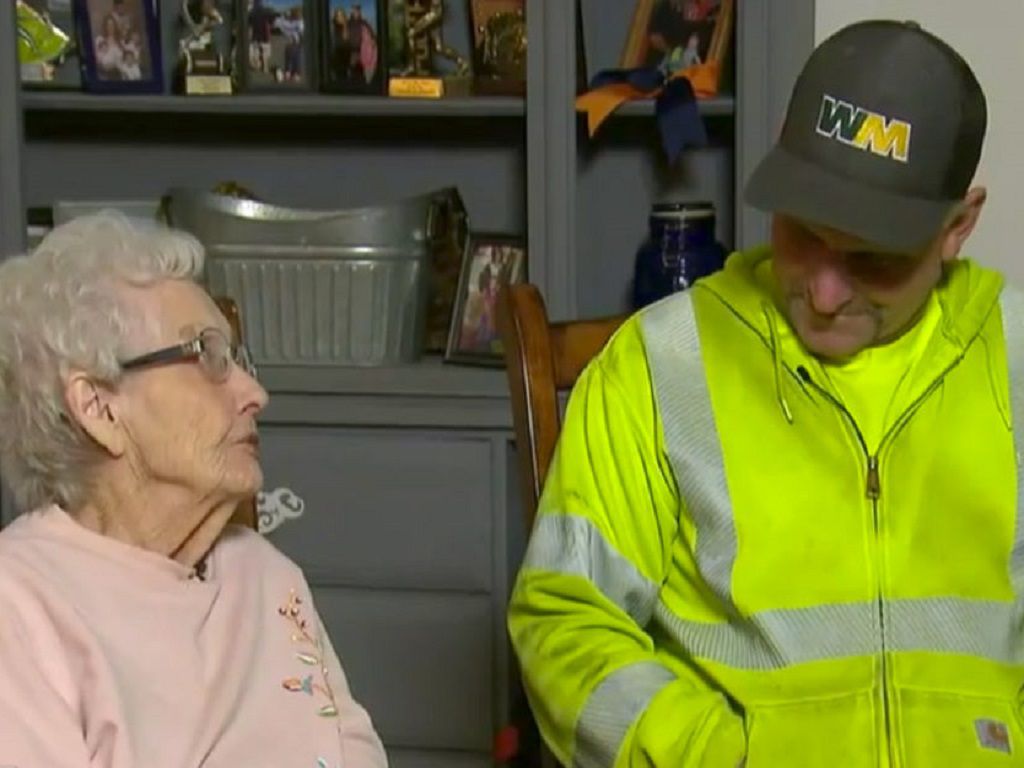 When you say natural disaster, you think of floods or earthquakes, but there are more dangers mother nature has for us. Take for example, California that has faced in the past 100 years terrible wildfires because of the hot and dry temperatures in the state. The threat carries on, and while authorities fight to tackle the fires, a lot of damage is left behind.

In the fall of 2018, the fire started in Camp Creek Road (California). Also known as the Camp Fire, last year’s wildfire spread over 200 miles of land in a little over a week, burning 18,000 buildings and emptying entire neighborhoods…

One of the residents was 93-year-old, Margaret Newsum. She was watching the news when the wildfire was getting close to her home! She walked outside her house, looking for someone to help her go away and had no idea that help was coming from an unexpected hero!

19. Living in California Is Wonderful

While we must all agree that life in California is wonderful, with the beautiful weather and glamour, the dangerous yearly wildfires are not something homeowners would desire. The Griffith Park Fire was a record wildfire, and before 2018 there were two other wildfires – in 1991 and 2017, taking dozens of lives…

18. Camp Creek Road Was on Fire

In November 2018, the worst fire was about to begin. Flames began in Camp Creek Road and quickly spread 30 miles in just 24 hours, making over 20 victims in the process. The fire continued to spread for two weeks, destroying thousands of building in its way…

Unfortunately, with the Camp Fire, American history registered a total of five tragic wildfires that have had many fatalities. The people of Paradise (California) saw terrible fires and nothing was standing after the flames burnt down… Everything was in ruins, and the fire was spreading, and the sheriff of Butte County had to act fast!

16. Authorities Were on the Move

The local residents had to leave their houses and go to a safe place. Sheriff Honea explained that by the time authorities find the source of the fire and its path of travel, it takes time:

“The fire started in a remote area. It takes a while for our fire resources to get there and from that point, trying to determine the path of travel and whether or not that’s going to affect populated areas, that takes time.”

“We were trying to move tens of thousands of people out of an area very rapidly with the fire coming very rapidly,” explained the sheriff. He also knew that even with a solid plan, things would be chaotic and nothing will be 100% perfect, but he knew he could count on the kind people and save as many people as possible.

While the news said people from Magalia (California) had to evacuate their houses, Margaret Newsum needed a helping hand because she was old and had no relatives close by…

14. The First Moments After the Fire

Magalia was in danger of staying right in the path of the flames and the old lady knew she had to leave her home. She was living alone at home. Margaret had someone that came from Paradise to care for her, but after their shift was over, they went home. Then, she heard the news. Here’s what she said later in an interview after her story became viral!

13. The Fire Was Heading to Paradise

“I got up as usual, went in and had some oatmeal as usual,” said Newsum in an interview with KCRA, the NBC affiliate. She explains that she turned on the TV and “then they said there was a fire going into Paradise.” The woman was concerned both for her carer but also for her. She was on her own, but instead of panicking and staying inside the house, she went out and waited for someone to show up around her house…

She went out on the porch and looked around for people that would be able to help her evacuate her home. The decision of going out in the open was a bit risky, as the fires were spreading fast, but her luck was that someone showed up!

A few seconds after waiting outside, Margaret spotted the garbage truck approaching her house. “I went out and was standing on the front porch when this great, big, green monster drove up, and my dear friend was emptying the garbage,” she said.

She knew the local garbage man, whose name is Dane Ray Cummings. When Cummings saw the old lady outside the house, he approached her and asked her what she was doing there:

“I call him my private worker because he’s so great – and he said, ‘You’re not staying here. You’ve got to get out of here. Why are you still here?’”

It seems that Cummings decided to continue working that morning for a little longer, and Margaret was thankful he did! He explained that his route manager told him to leave the town right away, but he wanted to make sure other people knew about the fire, so he emptied some more garbage cans and looked around the neighborhood. He saw the residents leave: “It just started getting worse, more hectic, more people were coming out.”

8. The Elderly Were in Danger

Cummings knew his area of work and the people living there, and many older people were living in the community. So he wanted to make sure that they weren’t out and about, looking for help:

“I [have] been on that route eight years, and I just picked the people that I knew were older.” He knew they needed some help, so he offered to do that. His last stop was Margaret!

This awesome garbage man has helped around 50 people while doing his rounds!

“I tried to stop and help them, and let them know that they were coming and make sure they were getting out. [Newsum] was my last stop. I probably went to 45 or 50 people to see if I could help them,” he said. He saw her outside the house and offered her to drive her with the garbage truck.

6. Getting In the Truck Was Not Easy

The 93-year-old had recently broken her back and was now recuperating. Getting up in that truck was tough, but Cummings and his colleague scooted her on the seat. It took a few hours to get out of the community because there was a lot of traffic with residents evacuating their houses. That meant Margaret and her hero had enough time to chat and keep their minds off the terrible wildfire…

Cummings learned Margaret’s stories from when she was younger, and he said that “it was the best conversation I’ve had in a truck ever.” She had incredible stories – she saw the bombing of Pearl Harbor right from the apartment her fiancée had rented for her at the bay. Cummings was stunned, and then Margaret told her one more exciting story…

Believe it or not, but this awesome lady knew the Rat Pack, and sat in the same room as Frank Sinatra, Sammy Davis Jr. and Dean Martin! Newsum recalls that “all three of [The Rat Pack] were sitting there. And they said, ‘We are so thrilled to have you working for us.’”

Showered with so many remarkable stories, Cummings felt lucky to have spent the quality time in traffic with the old resident. He had no idea that people would call him a hero. Jana Howes said: “This is our garbage gentleman!” on social media.

She added in her comment that “he helped many neighbors of ours who are elderly with loading belongings! This man is a true hero!” But more than praise, Cummings received an award from the news website The Washington Free Beacon – he was named one of 2018’s Men of the Year.

Cummings’ good deeds will forever be remembered, and he is an inspiration to us all! And there’s more good news!

1. The House Was All Right!

In the end, Newsum’s house wasn’t damaged by the wildfire, so she could safely return back home. It was during the terrible natural disaster when people’s best sides showed up, uniting an entire community in a fight for survival.