Jen Arbues
Creepy Abandoned Mall in America’s Heartland Is About to Become an Amazon Warehouse February 22, 2019 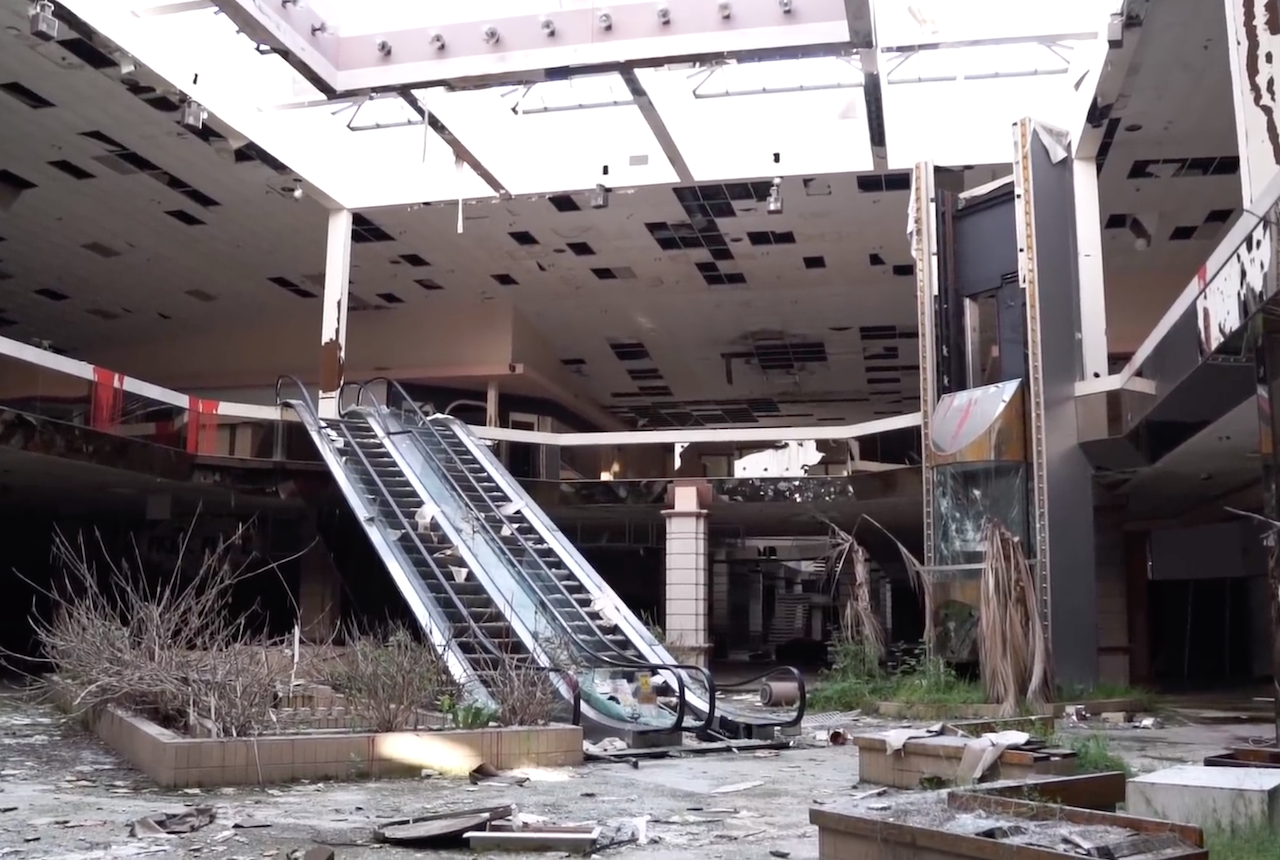 Once upon a time, shopping malls were the go-to for buying stuff. But in the rise of the digital age, shopping has changed. We no longer have time for strolls through split level sprawling buildings, when it’s just as easy to go online. Now, lots of malls lay in ruin. But this creepy abandoned mall in Ohio is about to get a new life — from a source you wouldn't expect.

A New Form of Shopping Is Born

The first modern shopping mall was opened in Edina, Minnesota, in 1956. Its architect, Victor Gruen, imagined it to be a suburban center, complete with apartments, hospitals and office space.

The Era of the Shopping Mall

Market Correction and the Great Recession

By the mid-‘00s, the rise of online retailers caused a decrease in mall attendance. The Great Recession of the late ‘00s made matters worse. And big box stores within miles of one another just became too much.

According to analysts, one out of four malls will be gone by 2022. Not demolished, but paved over and made into something new. For now, most of these shuttered shopping centers are left as they were on their last days of business, relics of a different era.

Rolling Acres opened its doors in Akron, Ohio, during the height of the mall boom in 1975. It housed 21 stores, with Sears being its main anchor. J.C. Penney, Montgomery Ward and O’Neil’s would come later, along with a movie theater and a food court.

In 1986, Rolling Acres underwent a renovation that included the replacement of Montgomery Ward with Higbee’s. In the early ‘90s, Dillard’s and later Kaufmann’s would replace both Higbee’s and O’Neil’s (which had rebranded as May Company Ohio), becoming the mall’s main anchor stores.

The Beginning of the End

By 1993, Rolling Acres closed its theater, citing its smaller size in comparison to other nearby theaters for its inability to turn a profit. The mall was refinanced in ’94 with the hopes that adding new restaurants to the food court would attract more business.

As part of the company’s expansion into northeastern Ohio, Target became Rolling Acres’ fifth and final anchor store. Its addition was part of a larger mall expansion and was accompanied by space for several other new storefronts.

Target’s addition did little to boost overall attendance at Rolling Acres. Over the next several years, smaller stores inside the mall closed. By 1999, both Dillard’s and J.C. Penney had downgraded their locations to outlet stores.

For much of the ‘90s, Rolling Acres suffered from an image crisis. The perception of high crime as well as competition from nearby malls, which locals thought of as being better renovated, kept many visitors from the area.

In 2000, Banking Trust of New York bought Rolling Acres for $33.5 million. Despite improvements made to the mall, including reopening the theater, it was sold again only a year later — for $2.75 million.

By the time Heywood Whichard bought Rolling Acres in 2002, it was only 65 percent full. It continued to decline for several more years until 2006, when Target relocated to a nearby city.

In mid-2006, Rolling Acres was again sold to a real estate developer from California for $1.6 million. Just one month after the purchase, Dillard’s closed its doors, which left only 40 stores in operation.

Operating On Their Own

With the entirety of the mall interior shuttered, Sears and J.C. Penney continued to operate independently for a few more years. Sears finally closed in 2011, while the J.C. Penney outlet held out until 2013.

The shutting down of malls like Rolling Acres is part of what’s known as the “Retail Apocalypse.” Due to a number of factors, including high rent costs and changes in the spending habits of Americans, malls across the country are closing at an alarming rate.

Many of these places sit empty and abandoned for years rather than be demolished. Rolling Acres has achieved a certain level of infamy for being one of the most well-documented abandoned malls in the country.

Seph Lawless is a photographer who has documented urban decay and abandoned places in the United States. His photos of Rolling Acres during a snow storm have become some of the most recognizable images of the mall out there.

Rolling Acres has been, for many years, an example of modern ruins — architecture constructed within the last century or so that has already succumbed to decay. Dead malls in particular stand as testaments to what American society used to be not so long ago.

For many interested in the swift decline of the modern mall, Rolling Acres became something of a tourist destination. Although abandoned, hazardous, and incredibly illegal to venture into, it continued to attract curious visitors for years.

In the years following the departure of its final anchor stores, Rolling Acres succumbed to the outside elements. As a result, it began to cater to a different sort of customer — mainly, the amphibious kind.

With Rolling Acres’ man-made structures in collapse, the outside elements worked their way in. A fog settled over the food court, moss and algae covered the floors, and once-pristine planters became overgrown and wild.

In June 2016, Rolling Acres fell into foreclosure. By the end of 2016, most of the mall had been demolished, and by October 2017, the remaining anchor store locations were finally torn down as well.

In February 2019, rumors began to circulate that Amazon would purchase the former Rolling Acres property. According to blueprints, “Project Carney” would wind up being a 695,383-square-foot facility for the online retail giant.

The Future of Rolling Acres

It’s somewhat fitting that a retailer like Amazon should build on the remains of a one-time retail giant. After all, Amazon is the leader of online retailers that most blame for the downfall of the American mall.