Acrophobia Is the Fear of Heights: Do You Have It?

Matthew Loffhagen
Acrophobia Is the Fear of Heights: Do You Have It? November 12, 2018 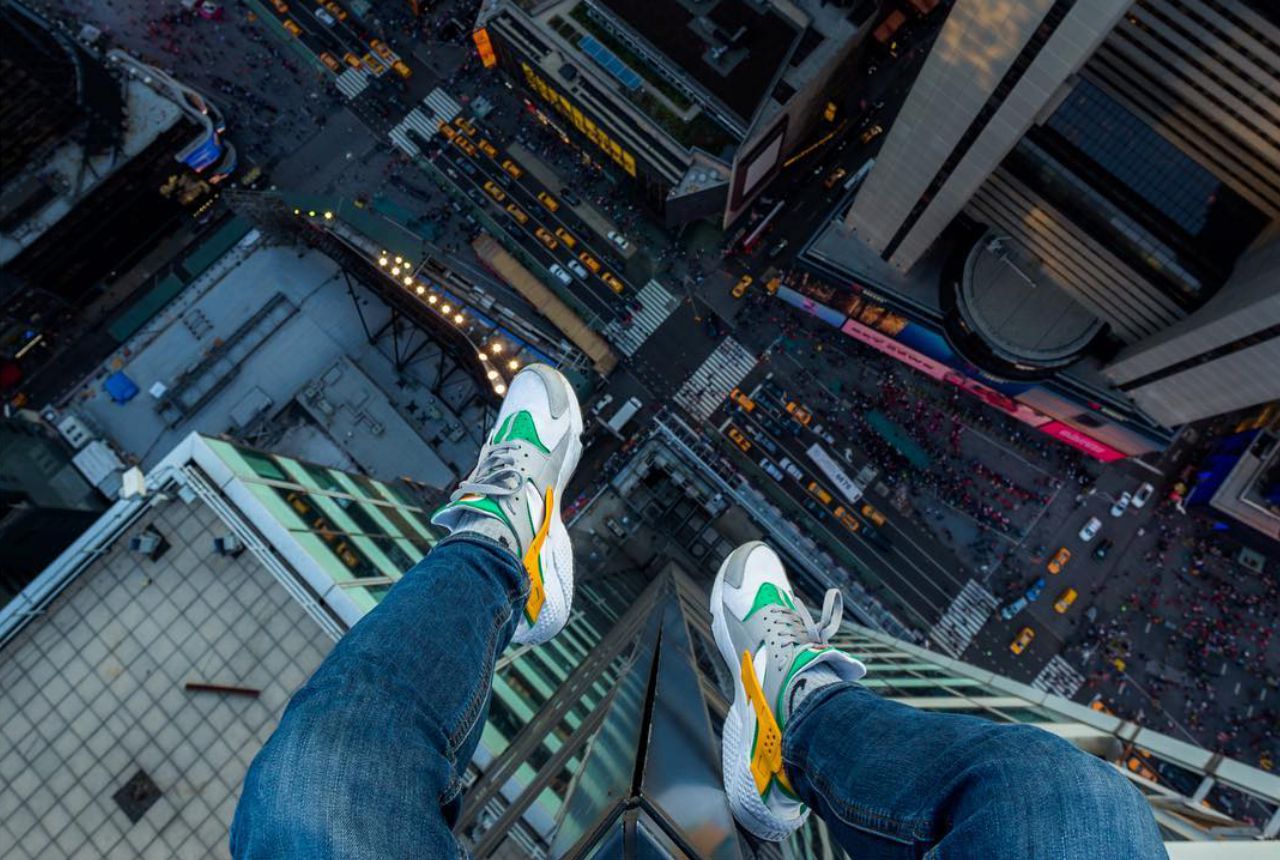 Acrophobia is a fear of heights. But this condition is definitely not universal. Some people really love getting to the top of tall buildings and taking photos. So here are some pictures of people being a little too reckless with their lives. But beware: These will probably make you feel a little dizzy.

As weird as it might be to imagine, some people really like climbing up tall towers. It's hard to deny that the photos are pretty awesome.

The Circle of Life

The "Lion King" poster in the background is a nice reminder that the wheel never stops turning, and people die all the time. Perhaps that message is easier to appreciate while in the air?

Getting up to a lot of these places is absolutely not legal. But once you're here, who's going to stop you? Besides, it's worth it for the view alone.

If you slipped, you'd have a long time to think about your mistake on the way down. Don't try this at home. (But if you do, make sure your shoes have good grip.)

If you've ever been to a big city and looked up, you'll appreciate just how tall skyscrapers can get. Looking down from the top, though, is far more nerve-wracking.

No trip to the top of a tower would be complete without a selfie stick. Because it's not enough to touch the sky. You need to go that little bit higher as well.

It's a little disorienting, isn't it? This aeriel view just doesn't look quite right to anyone who's not used to seeing the world from Superman's perspective.

Buildings don't need to be super tall to be dangerous. Why not simply find a relatively short building, and just climb around barefoot? This makes perfect sense.

Hong Kong's busiest street (the second busiest in the world) can be a crushing experience. Better to watch from a distance than try to muscle past people, right?

Personally, I'd prefer to keep both hands on the tower rather than pause to take a photo. But then I also wouldn't bother climbing the tower to start with.

This looks pretty much like a deleted scene from "The Dark Knight," minus the cape and cowl. Can you imagine Christian Bale climbing up here for a photo shoot?

Sure, the pictures are great, but this guy is a sneeze away from toppling to his death. Not a great place for someone with allergies to hang out.

It's kind of disappointing to learn that it probably wouldn't be very easy to skateboard down a suspension bridge. Video games have made that trick seem easy.

The phone signal up here has either got to be really, really good, or really, really bad. And there's no way your GPS would accurately track your movements.

If taking a picture through a big glass window doesn't quite give you the right angle, why not reach out for a better view? At least the only danger here is dropping the camera.

How do people even get up to places like this? Perhaps there's a convenient ladder on the other side of the stone column, but it sure doesn't look like it was an easy climb.

It's hard to deny that this kind of sunset is a beauty to behold. As dangerous as urban climbing might be, you can see how it would get addictive.

Hanging around this high above New York City, it's easy to start imagining yourself as Spider-Man. Just remember: You can't actually stick onto walls.

If you're up so high that you're literally above the clouds, it's a good indication that you're too high up. Be sure to take your sweet time getting back down. You don't want that journey to go too fast.

It's official: We're all definitely living in the Not Too Distant Future. Sure, the hoverboard technology is a work in progress, but at least we're definitely making good steps forward in architecture.

Watching the World Go By

This high above the city, all the people, and the noise, and the congestion, all feels so small and insignificant. It's hard not to feel some form of jealousy towards the birds, who get this view a lot more regularly.

Sure, you could stand up at the top of a tall tower overlooking Central Park, just for kicks and giggles. Or you could look at these photos from the comfort of your own home, and let someone else be the daredevil. If you're in the latter camp, well done. You made the smart choice.

Good luck getting anyone to deliver a pizza up this high. Until drone delivery becomes commonplace, you're gonna have to head back down to eat.

It takes a special kind of person to lounge around on the edge of a skyscraper. Although at least lying down is safer than risking the wind blowing you off the top.

Seriously, what's wrong with these people? Is it not exciting enough to be up this high, without trying to see your reflection in passing cars below? If anyone needs me, I'll be in the basement.