Freaky Facts About Ancient Egyptian Mummification That You Don’t Know 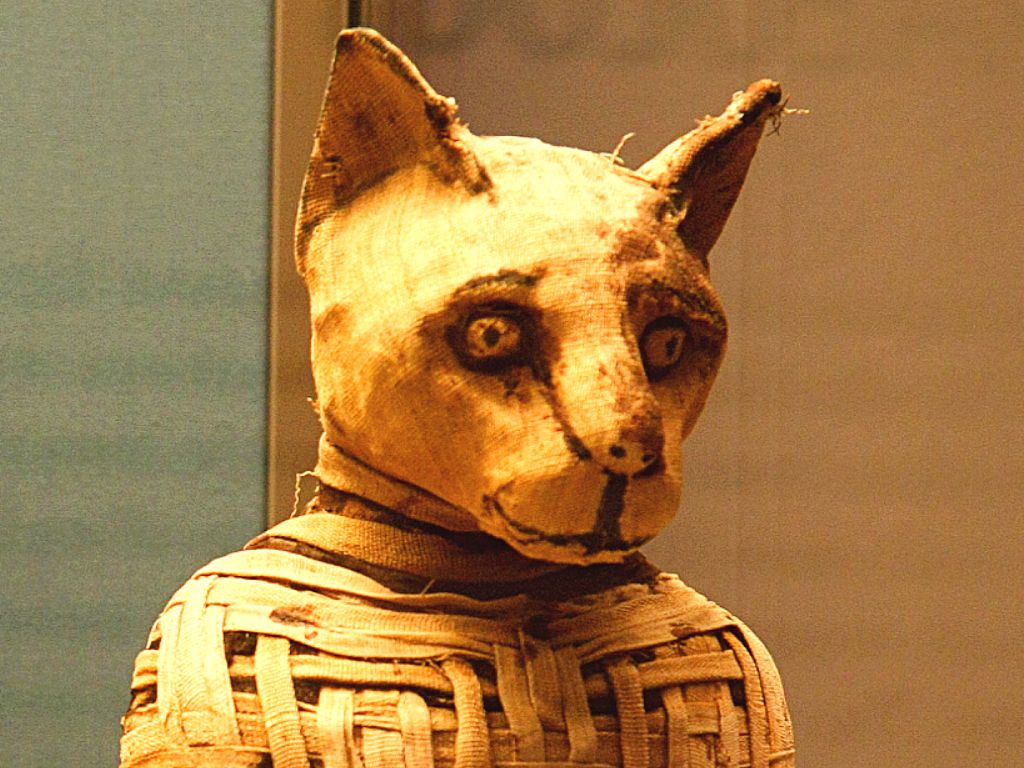 The ancient Egyptians believed that when they died they needed their bodies to carry their soul to the afterlife and so, their bodies needed to be preserved. This fascinating process was by no means an easy task and was a crucial religious ritual for the ancient civilization. Prepare to be impressed by this 5,000 year old embalming ritual.

Only for the Rich

Priests in Masks Carried Out the Embalming

The lucky person and chief embalmer that got to carry out this grisly task was a high priest. During the process, the priest wore a mask of Anubis who was the jackal headed god of the dead. Anubis was closely associated with mummification and embalming, hence priests wore the mask of this god while carrying out the whole mummification practice.

It Wasn't Only the Egyptians Who Carried Out Mummification

Mummies have also been found in other regions of the world outside of Egypt, dating back thousands of years. Evidence of mummification has been discovered in Mexico and South America. The oldest known mummies that archaeologists have found come from Chile, and some people in Papua New Guinea still practice their own form of mummification today.

It Was a Long and Tedious Process, Taking 70 Days for One Person

The whole mummification process took a whopping 70 days. The priests worked tiresomely on embalming the body, carrying out rituals and prayers to be performed at particular stages of the mummification. The body needed to be both physically and spiritually prepared for the afterlife as well as being arranged for the funerary practices.

A non-mummified body starts to decompose just a few hours after death, with only a few months for the body's flesh to completely decay into a skeleton. Embalmers had to act fast and begin the mummification process as quickly as possible after the person had died.

The Death Announcement Was an Important Part of Mummification

With no newspapers or social media, messengers were sent out to the city to spread the word of someone's death. In the case of a royal death, this step would be extremely vital. Arrangements were made for the ceremony and for the family to mourn during seventy days. Once the embalming was completed and the body was buried, only then were the body and soul reunited in the afterlife.

The Body Was Washed With Wine

Each step of the mummification was an intentional and crucial part of the process. Once the body was taken in for embalming, the first step was to wash the corpse with palm wine and rinse the body with water from the River Nile. This was a vital step in order to purify the body.

The Organs Were Removed

All organs were removed from the body before they rapidly decayed. This included carefully removing the brain through the nostrils using a hooked tool. Once the hook was inserted, the priest used it to break up the brain into tiny pieces and remove each fragment through the nose. This job was meticulously and delicately carried out as to not damage the face.

The Organs Were Stored in Religious Jars

Along with the brain, a cut was made in the abdomen in which all the organs of the body were removed except for the heart. The heart was left in place as it was believed to be the centre of emotion and intelligence. All other vital organs that were removed were placed in religious canopic jars. However, the brain was not one of them. The ancient Egyptians didn't know the brain's function and claimed it was unimportant.

Each Jar Guarded a Particular Organ

The Body Was Packed With Salt for 40 Days

After the removal of the internal organs, the body needed to be free from all moisture. This was done by covering and inserting the body with natron, a type of salt that has high drying properties. This process usually took around 40 days and left an extremely dried-out but recognizable human body.

The Body Was Cleaned With Fragrant Oils

Understandably, after this harsh drying salt was removed, the skin was wrinkled and tough. In order for it to be supple, the body was covered in ox fat and cedar oil. Fragrant oils also played a key role in mummification as perfumes were associated with a person's social status and wealth so this was an important element of the mummifying process, especially for members of the royal family.

The Body Was Infused with Essential Oils

After the body was cleansed with oil, it was embalmed with resins and essential oils such as myrrh and cedar oil. The body was then stuffed with pleasant-smelling spices such as cinnamon to help give the body a more life-like appearance. This was important because the Egyptians equated pleasant smells with holiness.

The Body Was Wrapped in 20 Layers of Bandages

Even the hundreds of yards of linen wrappings that went around the body were immersed in myrrh and essential oils. The ancient Egyptian priests carefully wrapped yards and yards of linen around the body and were so meticulous that sometimes they even wrapped each finger and toe separately before wrapping the entire hand or foot.

Artificial Eyes Were Placed on the Face

The Ancient Egyptians made artificial eyes that were often made of plaster-filled bronze. These cosmetic eye replacements were created for the dead to give them sight in the next world.

A Death Mask Was Placed Over the Face

The Ancient Egyptians believed it was important for the soul to be able to recognize the body in the afterlife so that they could reunite for eternity. They created death masks to place over the mummy's face so that it could identify its own features. Each death mask was made in the likeness of the deceased.

The Body Was Placed in a Coffin

Tombs were considered the eternal homes of the deceased and still a crucial step in the mummification process. The earliest coffins were built to resemble miniature homes and were made out of wood or gold, depending on your status. They were painted and inscribed in hieroglyphs (Ancient Egyptian symbolic writing) with the deceased's name and a list of offerings to the gods.

The Body Was Buried With Treasure

As tombs were considered the eternal dwelling place of the dead, they needed to be furnished with household goods, too. For example, the famous tomb of Tutankhamun was found with a large quantity of food, clothing, jewelry, boats, chariots, oils, ointments, weapons and games. Basically, the ancient Egyptians packed for a material life in the afterlife.

There Was Gold Galore

Among the 4,500 objects in Tutankhamun's tomb laid out across five rooms including thrones, statues, jewels, furniture and weapons; gold was the most dominant treasure. The ancient Egyptians certainly had plenty of it and knew the importance of bringing it with them in the afterlife to assert their social status, even when they were dead!

Pets belonging to the deceased were often mummified and placed in the tomb along with their masters. All kinds of animals were found in tombs over the years from an 18-foot long crocodile to falcons and snakes. In fact, a colossal one million mummified animals have been found in ancient Egyptian tombs.

Not Only Pets, But Pests Too

In April 2019, an ancient tomb discovered in Egypt was found to have dozens of mice located inside the burial chamber. This 2,000 year old tomb was the ancient resting place to a total of 50 impressively preserved mummified animals that were most likely placed inside as offerings to the gods.

There Was an "Opening of the Mouth" Ceremony

After the 70 day mummifying process, the body was ready for its funerary procession. This included an "Opening of the Mouth" ceremony. This was conducted by a priest to ensure that that the dead could breathe and speak in the afterlife. After prayers and rituals were performed, the mummy was then sealed within its tomb.

Tombs Had a Guided Map to the Afterlife

When preparing their tombs, many citizens in Egypt had hieroglyphic guidelines drawn on the walls of their tomb. Painting of their journey to the afterlife and their encounters with the gods were drawn as a map of instructions for them when they died. The ancient Egyptians believed these compilations of spells and instructions would assist them in the afterlife.

The Dead Were Judged on Their Life

According to the ancient Egyptians, once the deceased met the gods in the afterlife, their heart was judged and put to the test in order to decide how well one behaved in life. This is why it was crucial to keep the heart in the body. This test was done by balancing a feather on their heart. If the heart could balance the feather, eternal life was granted.

Family Helped Entry Into the Afterlife

Dead kings were thought to have had a powerful spiritual force that might benefit others. Members of the royal family that were buried amongst their ancestors were considered to have an advantage when trying to prove themselves worthy of eternal life, simply by being buried close to their highly spiritual ancestors.