Beautiful and Strange Animals That Are So Weird, You’ll Feel Like We’re on Another Planet

Camila Villafane
Beautiful and Strange Animals That Are So Weird, You’ll Feel Like We’re on Another Planet March 19, 2019 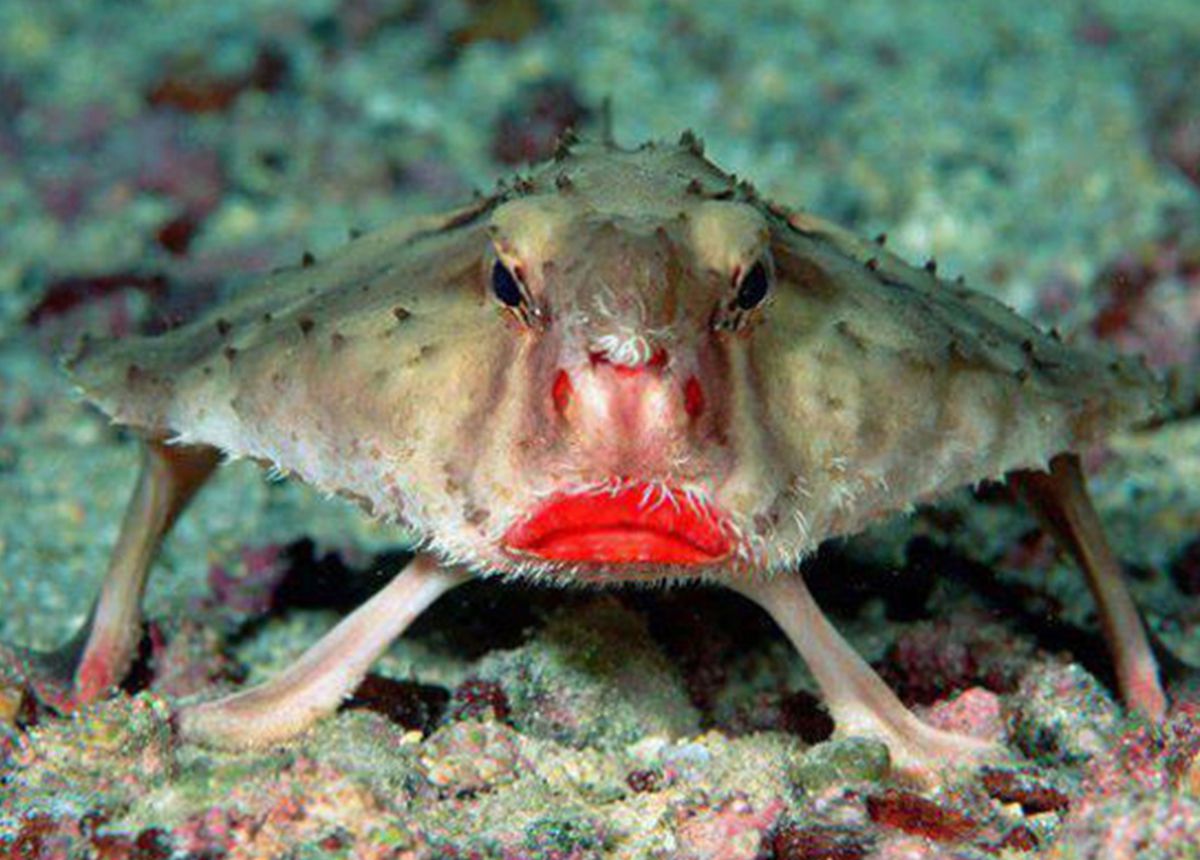 These strange and beautiful animals are so out-of-this-world weird, you’ll swear they came out of some sci-fi flick. But they’re very much real and very much Earthlings. And while some of these creatures are gorgeous, others are downright gnarly...

Native to Chile, black-and-white mutillidae are wingless fluffy wasps that have all the markings of an adorable panda. But finding one is rare and, if you do, you'd better watch out. Because their sting is incredibly powerful, which is why they're also known as "cow killers."

The blue parrotfish is found swimming around in the Atlantic Ocean waters searching for food, specifically coral. You can probably hear it using its grinding teeth to break down the coral and eat the algae-filled polyps inside.

Tufted deer are located in central China and northern Myanmar. They got their name because of the tuft of hair on their forehead. Male tufted deer have a distinctive fangs protruding from their mouths, so keep your distance.

The Gerenuk's name is of Somali origin, meaning "giraffe-necked" because these creatures have a very long neck. They’re considered to be in the same family as the antelope and can often be found in the Horn of Africa and East Africa’s drier regions.

The mantis shrimp is oh-so-colorful. It’s also tough sneaking up on it. That's because it has 16 receptive cones in its protruding eyes that detect more color (including UV) than humans. Its eyes also move independently, so they can watch their backs and look forward at the same time.

This leaf creature is also known as a thorn bug and can pierce a plant and suck the sap out of it. You’ll find them in Florida in the U.S. These bugs really like fruit trees a lot and can collectively destroy an entire tree.

The thorny dragon is an Australian lizard that can grow up to 20 centimeters in length and, true to its name, it looks just like a dragon. But we doubt that it can breathe fire from its mouth. It can, however, change colors depending on the temperature.

This strange-looking creature got its name because it looks kind of like it put on some bright red lipstick. But it’s not really a fish. It’s more of a crawling stingray. It’s terrible at swimming, so it prefers to stay on the ocean floor looking for creatures to feast on.

Despite its name, this beautiful creature is a fox, not a wolf. But they are distant cousins. They have a sixth sense, of sorts. The mane on their necks stands up whenever there’s danger nearby. Sadly, these South American creatures are endangered.

You'll find Glaucus atlanticus, aka the blue dragon, in Australia and the East and South Coasts of South Africa. But don't let the size of these one-inch slugs fool you. They're called blue dragon for a reason and it's mainly because of their sting, which can be deadly.

The lowland streaked tenrec are the only mammals that produce sound by rubbing together certain body parts, a feature that is more typical in insects. These stunning creatures are typically found in Madagascar, Africa. They also have spines protruding from their backs like hedgehogs, so don’t go petting them.

Among the world’s various strange and beautiful animals is this moth species discovered in 2009 by Dr. Arthur Anker in Venezuela's Gran Sabana region. Very little is known about the poodle moth, but we can certainly say that it looks truly out of this world.

The Bombyx mori, aka silkworm moths, are fuzzy and commonly found on blueberry trees. They secrete fluid when they get excited. They will also mate with anything their size. These fluffy little creatures may be small, but they’ve been crucial to the silk production industry.

This fish is so neat because it’s parasitic in nature. It doesn’t have jaws but it can suck the blood of other fish to survive. There are three types of lampreys: brook, river and sea lampreys. But they all share the same fate: Shortly after breeding, they die.

Pink fairy armadillos can be found in Central Argentina’s desert sands, but they’re very elusive and prefer hiding out in tunnels, which they dig using the claws in their front and hind limbs. Their diet consists of plant matter and invertebrates.

There are strange and beautiful animals and then there are star-nosed moles that are truly magnificent. They bob their heads as they plow the soil looking for worms and insects to eat. Their heads looks like a tiny octopuses, and they're surprisingly fast.

The fossa has a slim body and muscular limbs. It has a cat-like head with a dog-like muzzle. And this furry creature is typically found in Madagascar, where it will eat insects, frogs, birds, lizards and fish. They’re agile climbers which makes them fierce predators too.

The Cantor's giant softshell turtles can weigh over 100 kilos and grow up to 1 meter in length. They also have heads that resemble a frog’s face. But, sadly, they’re an endangered species because they’re harvested by locals and fishermen.

If you look at the fins sticking out of this tiny octopus' body, you'll swear they resemble the ears of the infamous Dumbo from Disney. These creatures are considered extremely rare and can be found living deep in the ocean.

The Sunda colugo, aka the Sunda flying lemur, can be found in Southeast Asia. It glides as it leaps from tree to tree thanks to its gliding membrane, which helps it to soar like a kite. It ingests flowers, fruits and leaves, and it's also a great climber. It kind of has to be, as this creature is not very agile on the ground.

The Kiwaidae, aka the yeti crab, was discovered in 2005 on Easter Island. It tends to crawl on the ocean floor and hide underneath rocks. It’s also a distant cousin of the hermit crabs.

The okapi looks almost like a hybrid between a zebra and a horse with stripes on its tail and legs. But scientists believe that the species, which can be found in the Congo in Central Africa, is more similar to giraffes than zebras.

The shoebill bird is eerily reminiscent of a stork and can be found in its native home in East Africa. Although its food source consists of fish, they have been known to eat water snakes, baby crocodiles, frogs and birds too.

The goblin shark will haunt your dreams with its pink skin and its sharp nightmarish teeth. Its lineage goes back about 125 million years. It also has a long flat snout and sensing organs that allow it to detect electric fields in the water.