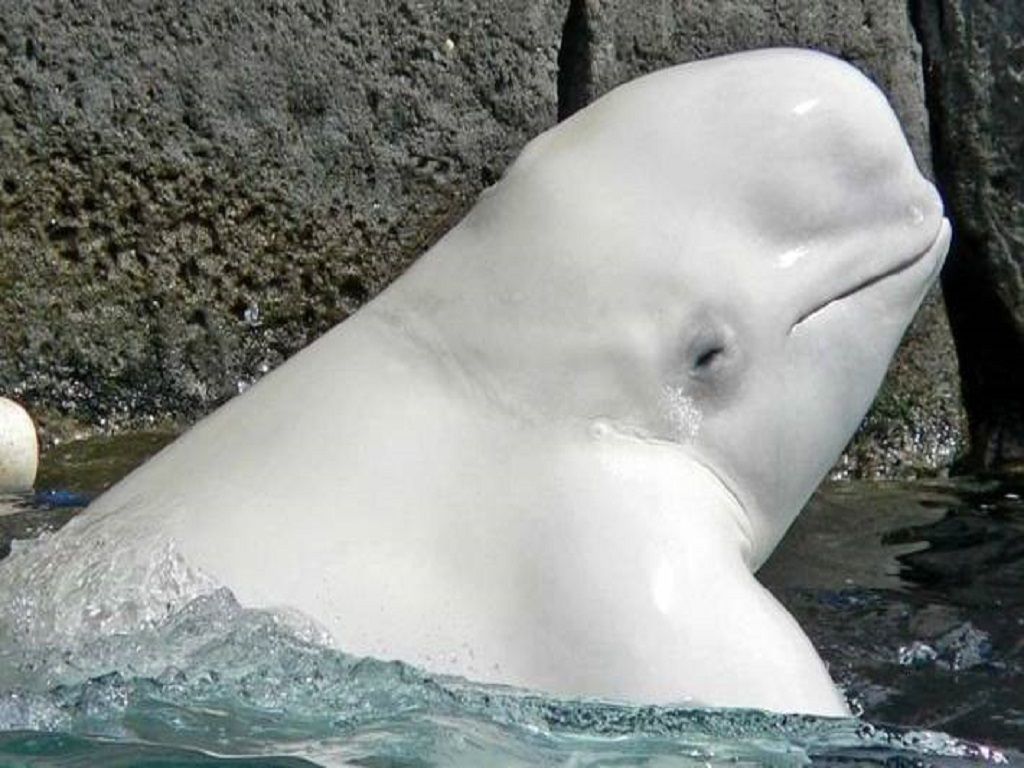 Beluga whales are some of the friendliest creatures that you can find roaming in the underwater world. What makes them stand out so much is the fact that that they are really intelligent. In fact, it's quite scary how smart beluga whales can be and the story that we are going to show you today will be proof of that.

As previously noted, beluga whales are known for being quite friendly. They are not shy at all and they love it when divers come to into their world and give them belly rubs. They are just like dogs!

These underwater dogs are super smart and there are many stories about beluga whales helping fishermen get out of the water whenever their boats flip over. However, some people have a different opinion about them.

Beluga whales are so smart that some people believe that they are used by the Russian government in order to spy on other countries. Isn't that crazy?

Nonetheless, our story starts when Isa Opadh decided to take a holiday break from work and visit the world. She wanted to do something special for this holiday and she picked to visit Norway.

Norway is a beautiful country where people can get closer to nature and leave the crowded and loud cities behind for a change. This is why Isa picked Norway as her travel destination.

The woman was having the time of her life in Norway. She was climbing mountains and skiing all over the place. She couldn't have picked a better travel destination.

After skiing for a couple of days, Isa decided that she wants to do something different. She wanted to explore Norway and to see the cold sea. She even heard that beluga whales sometimes come to the shore and this excited her!

Isa knew that the Norwegian Sea is freezing, but she also knew that it looked amazing and that she could snap some incredible photos and share them on social media so she brought her iPhone with her.

The reason why Isa brought her iPhone with her is that she was hoping that she could take pictures of beluga whales and share them with their friends and family members.

Unfortunately for the woman, her iPhone slipped right out of her hand. The iPhone fell into the cold sea and there was no way for her to go inside the water and pick it up without freezing.

Isa was nearly brought to tears after dropping her iPhone in the sea, but then she saw something moving in the water. It was the friendly face of a beluga whale!

As Isa and her friends were looking in the water at the beluga whale, they noticed something strange. The beluga whale was holding something in its mouth and it was bringing it up.

No one could believe what they were seeing. Could the strange thing that the beluga whale is holding in its mouth be Isa's iPhone? This was too good to be true.

Isa was right! The beluga whale was indeed bringing her iPhone back to the shore. Without giving it too much thought, Isa extended her hand and tried to take the iPhone back.

Fortunately, the beluga whale didn't mean any harm to Isa and her friends and the creature simply let go of the iPhone. This is incredible and everyone who saw what happened was amazed.

Everyone who saw the video of the beluga whale returning Isa's lost iPhone said that they would have never believed that this actually happened. Good thing one of Isa's friends was there to film this.

Isa wanted to say thank you to her new friend, the beluga whale, and she started rubbing its head. Isa was treating the underwater creature just like a dog, isn't this amazing?

Once again, we have to mention that if Isa's friend didn't film this beluga whale encounter, then we wouldn't have believed that this story was true either. This is an awesome story and there is no doubt about that.

This story serves as proof that beluga whales are more intelligent than they might seem at a first glance. What this beluga whale did for the woman who lost her iPhone is something out of a fairy tale book.

Isa ventured to Norway in search of an incredible experience and this is exactly what she received. We can be sure that she is going to visit the Norwegian Sea whenever she has the chance to do it again.