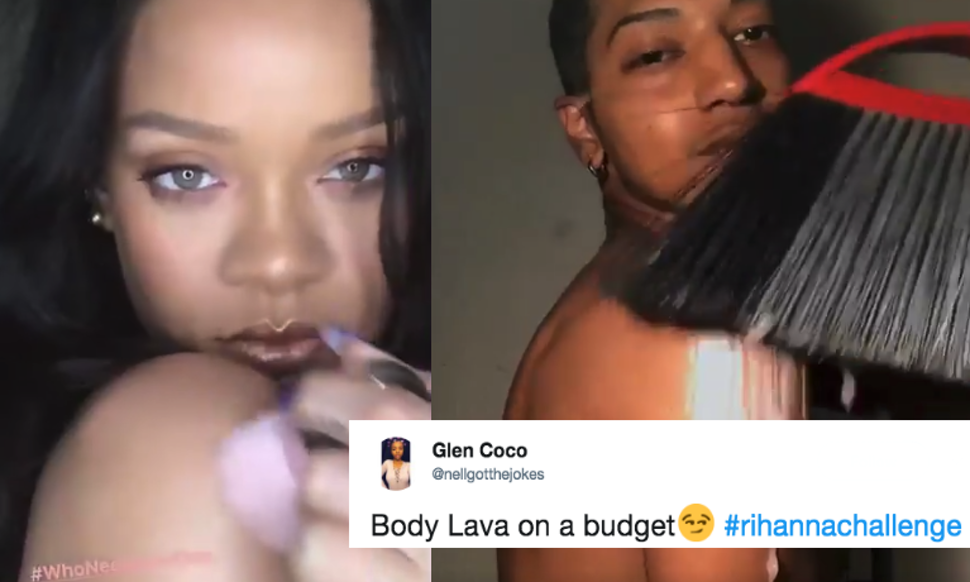 Need explanations for any 2018 memes? You've come to the right place

Memes are life. But they can be a little mystifying when you first see a new one. So we're here to explain all the new 2018 memes you've been seeing. It's been a good year for memes, and there's a little something for everyone here. From New Year's to the Oscars to May the Fourth, the year has been generous in events. And it's been bountiful in images with short Impact captions. But if you missed a month or two here or there, we've got just the gallery to catch you up. And though there are probably many more amazing memes still to come this year, these have really resonated with us so far.

This meme seized on the idea that electronic devices were being using for covert civilian monitoring. And it made it fun! Because if you're going to have someone spying on you regardless, you might as well make friends with them. Or use them for psychological/emotional support. Your fake (?) FBI agent is nothing if not a good listener.

The Girther movement nameis a play on the birther movement which Trump so vocally supported. But this movement is, while less heavy, no less weighty. Confused? It's about the results from Trump's recent physical exam, which made him seem exceedingly healthy. And taller, somehow, as well. It's quite the phenomenon, and this meme had a good run.

This is a meme pulled from the popular source, SpongeBob Squarepants. Basically, the Krusty Krab, where SS works, is the top panel. And its signature hamburger, the Krabby Patty, is good, real good. The Chum Bucket, operated by the nefarious Plankton, is bad. Real bad. And that's all there is to this meme. It's a simple template, but simple works.

During the Super Bowl half time show this year, Justin Timberlake performed a medley of songs. And he had many fans with him on the field at certain points. Lots of them were ecstatic to be there. Most were at least excited. But this kid was on his phone, as the picture shows. He became a meme overnight, frequently with a subcaption showing him searching for "who is justin timberlake?" Hilarious.

"American Chopper" is a TV show, and this argument scene is overflowing with dramatic potential. They're a father and son fighting, and it's funniest when the captions pertain to something silly, yet devisive. For instance, the proper way to read the comic strip "Garfield." This meme's comedic gold, and probably better than the full show, to be honest.

This meme is about Facebook founder Mark Zuckerberg, who testified before Congress over Cambridge Analytica. In the picture, he's sitting in a booster seat. In other similar memes, he's depicted as being too small for his suit. It's funny because he's still got that college boy vibe to him, and seems out of place in this formal setting. These pics were ripe for the photoshopping.

The Yodel Boy sings country tunes in the manner of Hank Williams. Video of him first debuted in March and went viral. There's something cute and impressive about his performance. The kid can really sing! But there's also something a little eerie about the boy's presence, captured nicely in this particular meme. The yodeling, o, the yodeling...

Gorls Instead of Girls

The movie "Despicable Me" has been, like SpongeBob, a dependable source for memes for several years. But this subtle change-up to the word "girl" is surprisingly versitile. Search engines will still correct your spelling, but if you can pull off a search for "gorl," you're in for a near-bottomless well of memey goodness. Gru works especially well as an RnB singer stand-in.

After Jennifer Garner and Ben Affleck split up in 2015, pictures surfaced of Ben with this massive back tattoo. It appears to be of a phoenix, the mythological bird of rebirth, probably a powerful symbol for him during that time. But he claimed it was temporary, just part of a costume for a film. Uh, it's 2018, and he's still got the thing. Maybe he should just own up to his ink?

Is This Your King?

"Black Panther" was a really good superhero movie, and Killmonger was a stand-out villain. Michael B. Jordan portrayed the bad guy, and in this scene he's just fought and defeated the king of Wakanda. And naturally he's tossing off a taunt: "Is this your king?" adding insult to injury. But as a meme, his mocking image and tone work wonderfully. Here he makes fun of a person's pathetic paycheck, a nearly universal feeling. Le sigh.

Obama unveiled his presidential portrait this year (or one of them at least). It was a bold choice, and it reminded a few people of a certain scene from The Simpsons. In the scene, Homer passes through some green foliage. And some people haven't been able to avoid mashing up the two images, as seen here. The portrait is inspiring, but some of the inspirations have been of the comedic variety.

Is Your Child Texting About...

Every generation has their version of parents over-worrying about their children. They misunderstand lingo and rely on news programs for mis-information. These memes capture that alarmist, hysterical feeling that all parents must feel. There are several variations on the theme, but the anarch-communism one is perfectly extreme. This is the kind of fake news we like.

The movie "Ready Player One" is based on a book, and recently came to theaters. The ad campaign, inspired by the plot of the film, borrowed many elements from other famous movie posters. Soon after, the internet was full of hilarious parodies, such as this one based on Paul Blart: Mall Cop.

Ah, the old offramp meme. It's pretty self-explanatory. You're driving down the road, literally or figuratively. Your destination is straight ahead. But then, all of a sudden, something out of the corner of your eye makes you want to get off at the nearest exit. And unfortunately, that requires a lateral move, hence the skidding swerve. Memelogy 101.

Crossovers in movies, TV shows, video games, music, and other pop culture are usually super fun. And Infinity War has been building up a massive cast in its extended universe sweep. But to claim it's the "most ambitious crossover event in history" is a piece of marketing puffery that nerds won't stand for. They started making their own memes depicting other noteworthy crossover events, including SpaceJam and TMNT/Power Rangers. We do love us a good crossover.

Savage Patrick comes from, once again, SpongeBob Squarepants. He's usually a happy-go-lucky if dimwitted fellow, but in this image he's downright sinister...savage, even. Memes using this still usually follow the Evil Kermit model, focusing on some sort of guilty pleasure or schadenfreude. Oh, Patrick. We miss the old, gentle you.

At the Oscars this year, Jennifer Garner garnered lots of attention due to her strange facial expressions. While clapping for another award winner, she suddenly looked shocked, as though she were putting some sort of puzzle together in her mind. It led to lots of memes based on sudden realizations and quick epiphanies.

It started as a joke. Kids were pretending they were eating Tide Pods to intentionally confuse adults. But then some kids took it a step further and actually ate the things. The joke had crossed a line when the irony got lost, but the internet still remembers. The memes based on this subject tend to make the Tide Pods look seductively appetizing, but it's all in good fun, at least in theory,

These silver dudes are standing outside the Alpensia Ski Jumping Center in PyeongChang, South Korea. They're called "Bullet Men" and they were erected to honor the recent Winter Olympics. But they're pretty eye-catchingly ridiculous, if you ask us, and the internet agrees. The trio have been featured in many memes mocking the clear phallic imagery. Not exactly subtle, that's for sure.

May the Fourth Be With You

Every year, Star Wars fans celebrate May 4th by saying a twist on the classic mantra: may the force be with you. This year featured some excellent memes inspired by the makeshift holiday. But many also chose to remind their audience of the day after the 4th -- the revenge of the fifth. Appropriate, since the Force is all about balance.

On New Years Eve, Mariah Carey performed in Times Square. But since it was extremely cold and late to boot, it wasn't her best performance by any means. And after it was over, she decided to attribute her poor show to a literal lack of tea. If only she'd had a cup of hot tea, she said in so many words, we wouldn't have had to witness such a devastating trainwreck. It made the moment even more memorable, but not for the best of reasons.

Rihanna recently released a new cosmetic product called Body Lava. She also put out a video showing her applying the lotion. Though intended as a promotional device, it ended up being widely mocked once released online. Many people made their own videos demonstrating their skills at applying things. In the pic, you can see a fellow using a broom as a brush. Hilarious!

Gym Kardashian is based on Kim Kardashian, but a super buff version of her. Her muscles are bulging off her body, and her giant arms and pensive look make us laugh every time. It's a funny image, especially since Gym retains Kim's carefully sculpted supermodel face. The low hanging fruit is sometimes the sweetest.

This one comes with a bit of a spoiler for those who haven't yet seen Infinity War. Suffice it to say, not everyone makes it out alive in the film. In fact, there are many characters who suddenly turn to dust and blow away at the snap of Thanos' giant fingers. Some of those characters are beloved fan favorites. This meme captures that spirit by showing other favorite pop culture characters disentigrating into so much dirt.