Best Crime Documentaries On Netflix That’ll Get You Hooked Instantly 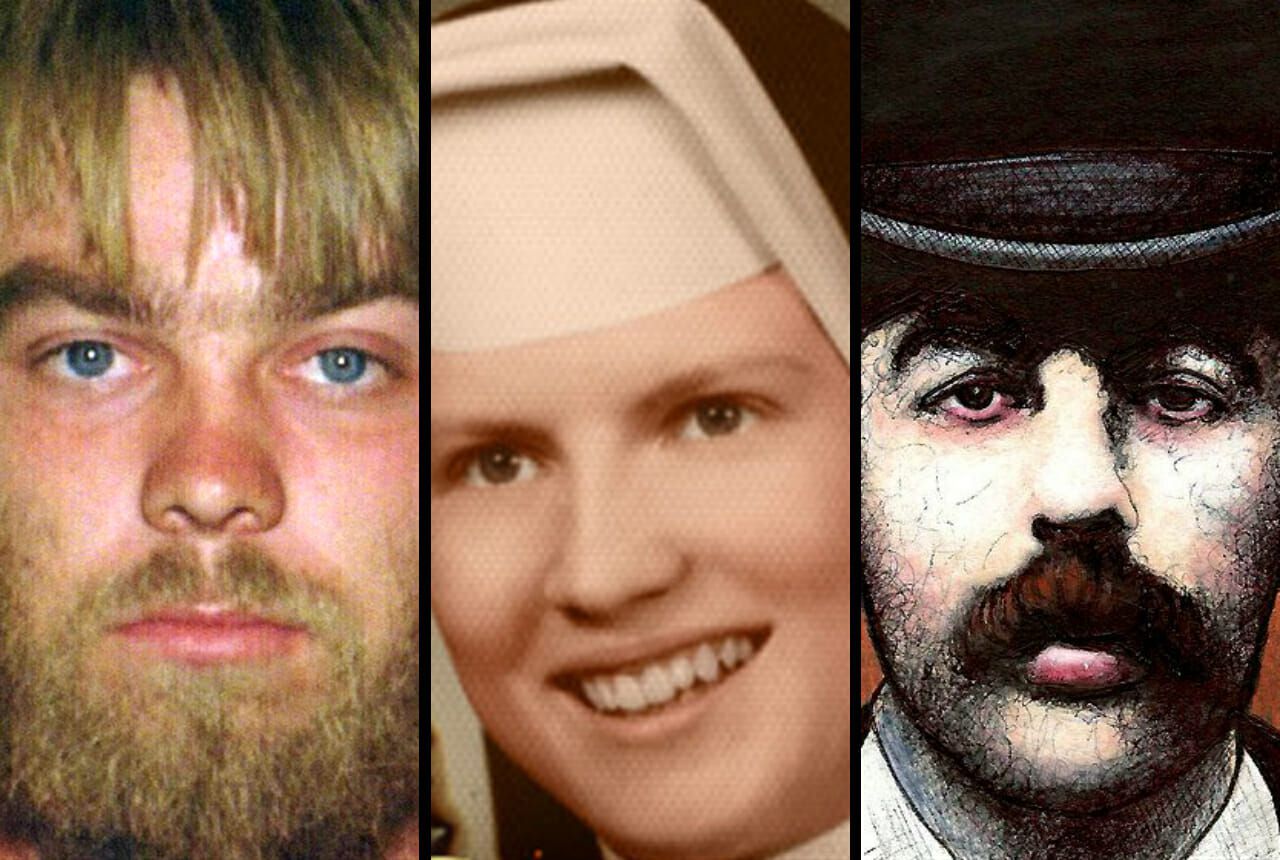 What are the best crime documentaries on Netflix?

The best crime documentaries on Netflix can be truly hypnotizing, if you know which ones to watch. Are you on vacation? Or recovering from surgery? Or you simply can't find anything good to watch on television? Well, I have good news, particularly if you're a crime buff. Do you get a thrill when you hear that there's a serial killer on the news? Or is Sherlock Holmes your number one hero? Because for all you crime freaks out there, I've gathered some of the best documentaries about crime that you can watch on Netflix. So now that you have some time to kill (pun totally intended), it's time to binge on some of these amazing documentaries that will make the sleuth in you very, very happy.

The series explores how Steven Avery from Wisconsin, spent 18 years behind bars for the sexual assault and attempted murder of Penny Beerntsen. The documentary talks about how DNA set him free in 2003. But in 2005 he was charged with the murder of another woman, (Teresa Halbach) which forced him to face the seemingly unjust justice system.

The documentary delves into the life of Juan Catalan, a man who was arrested for the killing of a teen named Martha Puebla, who was a witness in Catalan's brother's murder trial. You'll learn about the grueling process this man underwent in order to prove that he was 100% not guilty. Fortunatedly, the end of this story is both satisfying and shocking.

Imagine if you were convicted of a crime you didn't commit. In this documentary, six people talk about how they were coerced into making false confessions, (in some cases.) But are these people back peddling in order to get out of jail or has the justice system totally failed them? I guess you'll have to watch to find out.

Interview With A Serial Killer, 2014

Want to kill some time? How about this documentary about Arthur Shawcross, aka the Genesee River Killer? He started his killing spree in 1972 with the deaths of a boy and girl in Watertown, New York and then went on to murder a few more women before being caught. Don't worry, he died of a heart attack behind bars.

Aileen Wuornos was off her rockers up until the day she died from a lethal injection on October 9, 2002. But she cooled her heels in prison for a few years after murdering 7 men in Florida in 1989 and 1990. Their crime? She claims they had attempted to rape her, which is why she had pumped them full of lead.

The crime film/documentary talks about how Amanda Knox was accused and convicted twice of the 2007 murder of her roommate Meredith Kercher. In the documentary, Knox goes on to explain what it felt like to get convicted for a crime that she never committed. Fortunately, she was acquitted, but there are some new developments that make this docu series a juicy one.

The best crime documentaries on Netflix can often be heartbreaking, particularly this one which tells the story of Nick Yarris, a man who was on death row in Pennsylvania for 21 years, but when he asked the court to execute him for a murder he didn't commit, officials realized something didn't add up. Seriously, you need to watch this one. It's unbelievable.

This documentary talks about the life of H.H. Holmes, who is believed to have been America's first serial killer during the 19th century. H.H. Holmes was eventually caught and eventually executed on May 7, 1896 after killing his accomplice Benjamin Pitezel. But Holmes had confessed to other murders during the trial as well.

The series is a lot like "True Detective," on HBO. The only difference is that "Real Detective" uses a documentary-style element to recreate homicides that actually happened in real life, while allowing a particular homicide detective to describe a case that they can't ever forget. Each episode offers a different chilling narrative.

You'll learn all about the shady 75th police precinct in Brooklyn in the 1980s, particularly a corrupt cop named Michael Dowd, who ran a crime network responsible for taking drugs and stealing money. The documentary is full of thrilling details from Dowd's mobster days as well as what led to his downfall.

The documentary examines the professional Olympic gold wrestler, Dave Schultz, who was part of the Foxcatcher team before he was shot and killed in 1996 by the man who ran it, John du Pont, a multimillionaire.  Afterwards you should check out the Oscar-nominated film "Foxcatcher" starring Steve Carrell and Channing Tatum and make it a night.

Do you love stories about urban legends? Of course, you do. This one's another one of the best crime documentaries on Netflix. Well, with the help of Joshua Zeman and Rachel Mills, we get to learn about the origins behind some of these horrifying legends. Many of them are more terrifying that anything we saw on the big screen, but that's mostly because these killers are real.

You've undoubtedly seen at least one of several "Texas Chainsaw Massacre" films.  But did you know that the murders of two mormons in October 1974 were inaccurately said to have inspired the franchise? In reality, a man named Robert Elmer Kleasen was said to be responsible and this documentary delves into the mystery of this horrifying case. Seriously, make this one a must-watch, stat.

Dear Zachary: A Letter To A Son About His Father, 2008

Kurt Kuenne created a documentary about Andrew Bagby, a friend who was murdered by Shirley Jane Turner after Bagby called things off. Turner was pregnant at the time of her arrest, and she named the boy Zachary. So Kuenne decided to create a documentary full of interviews so that Zachary would get to know the man his father was.

Some of the best crime documentaries on Netflix involve the last places where you'd expect a crime would get committed, like a Catholic high school. In November 1969, Sister Cathy Cesnik disappeared, but was found dead two months later. The killer was never found, but a former student of hers came forward in the 90s, with shocking allegations.

The Hunting Ground is both heartbreaking and inspiring as survivors of rape crimes on campuses across America attempt to fight alleged campus cover-ups, retaliations, and harassment. What they went through would obviously tear anyone apart emotionally, but not these victims, who are fighting for their right to feel safe.

Imagine a white supremacist trying to take over your town! Well, that actually happened in North Dakota and Craig Cobb was the man who put fear in the local residents. Of course, the documentary interviews white supremacists as well as locals who struggled to fight against the horrifying vision of this extremist.

Marsha P. Johnson was an LGBTQUIA activist and she was trans herself, so this documentary deals with the influence her activism had on the LGBT community. But it also discusses the unusual circumstances of her death in 1992. Some assumed she killed herself when she was found floating in the Hudson River, but others aren't too convinced...and this Netflix docu series makes sure to explore all the posibilities.

Things get pretty chilling in this flick, which is arguably, one of the best crime documentaries on Netflix. The story takes a closer look at six suspects who fess up to two violent murders in Iceland in 1974. But the biggest mystery behind these murder cases wasn't the motive. It was the fact that the suspects' who ended up signing their confessions, had zero recollection of the crime taking place.

Inside The Mind Of A Serial Killer, 2011

If you want a documentary that packs a punch, then watch "Inside the mind of a serial killer." As the series focuses on the troubled minds of some of the most notorious serial killers from around the world, you'll get to look at a trove of real-life footage as well as some spine-tingling re-enactments that will freeze your soul.

This documentary follows businessman Bill Ackman and other ex-distributors of Herbalife who claim that Herbalife is nothing more than a criminal pyramid scheme. The film also focuses on the feud between Ackman and Herbalife CEO Michael Johnson relating to the controversial practices of the company.

This documentary is about former Miss Wyoming beauty queen named Joyce McKinney, who was accused in 1977 of kidnapping, tying up and raping a Mormon in England. We get to hear McKinney's side of the story, as well as her plans to write a memoir over her crime which circulated like crazy in the tabloids. Grab the popcorn, 'cuz this one's going to keep you on edge.

This British series is a documentary that explores the various ways that nurses used their position in hospitals to kill instead of heal. Throughout the series you get some gruesome insights into what these nurses did and what might have motivated them to be so heinous. One thing's for sure, you'll never look at a nurse in the same way again.

Released on December 15, 2017, Wormwood is a miniseries that explores the Central Intelligence Agency, a scientist named Frank Olson and their involvement with Project MKUltra, a top-secret biological warfare program, cover-ups and quite possibly murder. Even better, the interview is told through Eric Olson, Frank Olson's son.

The 2017 documentary follows the casting of a faux film related to the death of JonBenet Ramsey, a beauty queen pageant child, whose murder left a lot of unanswered questions, theories, and accusatory fingers. The Colorado-based actors don't just test for the role of real-life people who were connected to the case. They also explore what they believe happened to the young and talented JonBenet.