The Best Electric Cars of 2019 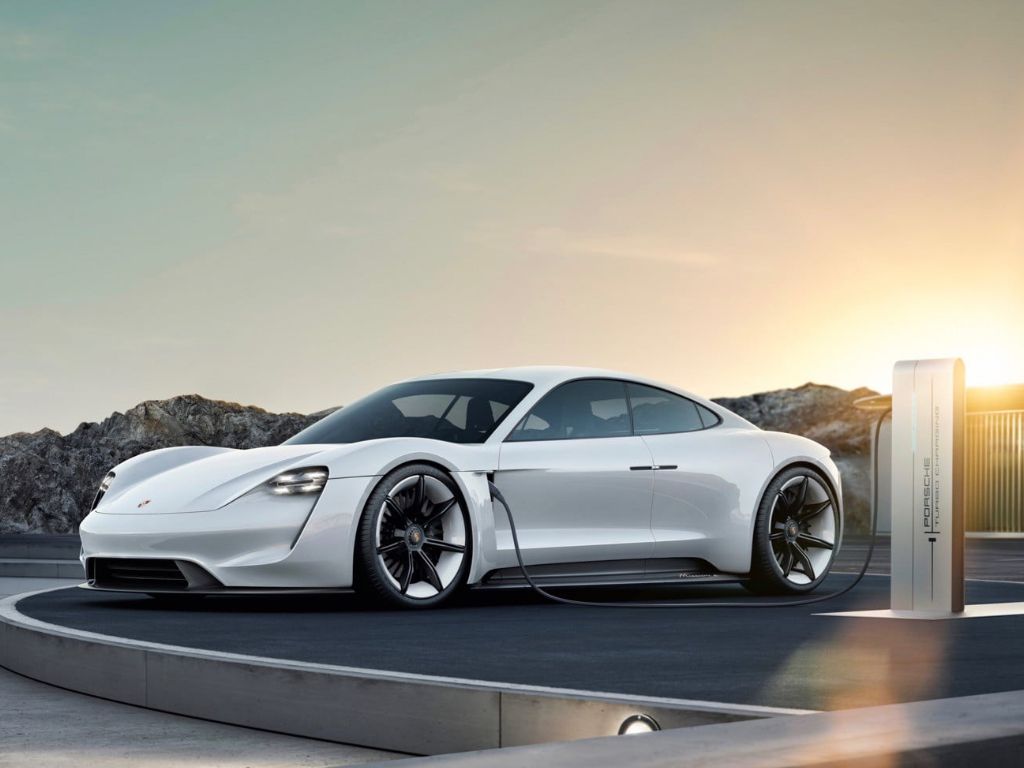 A decade ago, electric cars were little more than a joke. But today, major automotive manufacturers are getting in on this growing, environmentally friendly market. Here are the 12 best electric cars of the year...

You can generally trust an Audi to be a solid investment. These cars run well and require little maintenance. So the prospect of an electric SUV Audi is tantalizing, especially considering the level of care and attention that went into its creation. The E-Tron SUV originally had a late 2018 release planned, but it was pushed back to this year to make sure the car had an extra level of polish.

Despite having a sizeable 95 kWh battery, this car is big, bulky and heavy, and that means that it's not quite as efficient as other, smaller electric cars. This is the price you pay for a larger, meatier SUV, and those in the market for this gorgeous vehicle know that going in. If you're salivating over this one, it's probably because a chunky electric Audi is exactly what you dream about driving.

Electric cars have a reputation for being slow both in terms of their road speed and their charging times. The Porsche Taycan is here to shatter that illusion, boasting top speeds of up to 300 mph (depending on which version you opt for), as well as premium 800-volt charging that allows for faster refueling than the majority of other electric cars.

You Get What You Pay For

Obviously, the big sticking point for a Porsche is the price. This isn't a car that's designed with families in mind, and unless you've got a spare $100,000 at your disposal, you probably won't be adding the Taycan to your collection. But it can still offer you hope for the future. New tech in this luxury sports car will eventually filter down into more affordable models.

Now here's a car that's built with families in mind. The Nissan Leaf debuted in 2018, and its second generation model got a significant upgrade. The car delivers fantastic fuel efficiency with a battery that's been upgraded significantly, and with a $30,000 price tag, it's a lot more affordable than many of the flashier cars on this list.

The Nissan Leaf is designed to fit snugly with other Nissan hatchbacks like the Rogue Sport, so this car has some drawbacks. The interior could be nicer, and family cars deserve as much trunk space as possible, so it would be nice if the Leaf were roomier. These small problems aren't the electric engine's fault, though, so if you're looking for an electric car for driving your kids to school in, you could do a lot worse.

BMW's i3 has been around since 2013. It's clear the company isn't interested in scrapping the model when they can make updates instead. So now we have the i3 2019. This car has a 30% increase in battery life when compared to its previous iteration, managing around 150 miles on a single charge. However, potential buyers may be inclined to skip the i3 considering that the i4 is expected to release within the next year or two...

Not New, Not a Problem

You may not think an extra 50 miles to a charge is a big enough deal to make the 2019 i3 more appealing than previous versions, but bear in mind the increase in battery power has not come with an increase in price. BMW is pretty good at keeping the i3 at about the same retail price every year, and at around $50,000, it's not a terrible idea to rely on a car that's proven it's worth the money.

While BMW holds firm with its i3, the company is producing a totally new electric car this year that's making some fans very happy. The Mini Electric was first unveiled over five years ago, so this is one car that's been a long time coming.

It's hard to know what to expect from the Mini Electric. The car won't feature a lot of new, flashy BMW bells and whistles like electric powertrain technology that will make the i4 worthwhile. The Mini Electric offer only 150 miles to a charge, which considering its smaller size means it may not be the car for everyone. But the selling point for the Mini is its kitsch design, so this car will probably be popular despite any weaknesses.

This is a quiet year for Tesla. The world's most famous electric car company is busy preparing for a bumper 2020 which will see the release of at least two new cars. Nevertheless, the 2019 Model S is as solid as it's ever been, and the car may well be even more appealing by the end of the year...

Go Ahead, Fall Asleep at the Wheel

Tesla's Grand Overlord, Elon Musk, has been talking about self-driving cars for a long time. He seems increasingly excited lately about them soon becoming a reality. Last year, Musk insisted 2019 would be the year all Teslas get an autonomous driving update. But as with any Musk declaration, take this one with a grain of salt. Tesla is also working to port the Unity video game engine to their cars, and it was recently announced that darling indie shooter "Cuphead" will soon be playable within Tesla cars. For some reason.

All the big brands are fighting over the electric SUV space. The Jaguar I-Pace is designed as a competitor to the Audi E-Tron, offering comparable size and battery capacity. The car can manage 200 miles to a single charge, and it boasts a fast charging time. But there is a big catch...

The I-Pace can reclaim 80% of its battery in a 40-minute charge using a nifty new 100kW charger. But these chargers aren't exactly commonplace along roads around the world. It's unlikely the older 50kW chargers will be replaced in the near future, so the I-Pace's big selling feature will be available to owners, practically speaking, only at home.

The Mercedes-Benz EQC is another big, chunky electric SUV, similar to the Audi E-Tron and the Jaguar I-Pace. On paper it's less efficient than the other two cars, but in a practical test it outlasted the E-Tron with an extra 10 miles from one charge. This is a benefit of the fact that the EQC is just a little bit lighter than the E-Tron, meaning a weaker battery can move the car a little farther.

While the smaller size of the EQC earns it more distance off a charge, it has drawbacks. The EQC isn't tiny, but for an SUV it feels less spacious than its competitors. All in all, this car's more efficient engine is made up for by pinching its passengers slightly. Whether that matters to you probably depends on how much you like your kids.

The Kia Niro EV's high-spec model boasts a lot of the neat features in more expensive cars, such as 100kW charging and a 250-mile range on a single charge. It's unlikely the expensive Niro EV will make a dent in the high-end market when it's up against brands that are bigger status symbols, but the benefit of the Kia is its versatility and affordability, so anything is possible.

The real winner will be a lower-spec version of the Kia Niro EV, which won't be trying so hard to compete with the big kids. A planned economy model will manage only 150 miles to a charge, but will be more affordable for those who trust the brand to get them from A to B without making as much of a splash as an Audi or a Benz.

Volvo's solution to the electric SUV is interesting. The all-electric XC40 is more or less identical to the regular, gas-powered XC40, a snug mini SUV with enough space for a small family but without the thunderous road presence of some of the other SUVs on this list. Matching up the electric XC40 so that it looks like its gassy counterpart is a logical move.

You have to be really committed to electricity as a fuel source to want the all-electric XC40. This version of the car will be about $20,000 more expensive than the one with traditional fuel, and that's without accounting for a possible delay until 2020. Thus, the all-electric XC40 is a less expensive version of itself, which could end poorly if consumers aren't totally enthralled by the cumbersome, frustrating process of charging it.

The Honda e won't be released until 2020, but we finally got our first look at it in May 2019, and it deserves notice. The best thing about this little car is its adorable design and its status as a limited edition curiosity. Honda says the model won't have a wide release, so it'll be a collector's item, a special Honda museum piece waiting to happen.

The Hyundai Kona Electric has been around since 2017, and it's a solid, sturdy car. One of the big selling points of the 2019 model is its impressive battery life, with claims that it can get 300 miles out of a single charge, a desirable trait considering it's a lot cheaper than most other cars that make the same claim.

The "300 miles" claim applies only to the top-spec Hyundai Kona Electric models. Less expensive versions of the car can't travel nearly as far. Their specs are still very impressive, though, managing around 150 miles on a charge, which could well be enough for many city drivers who don't want to shell out too much money on a car that will be obsolete in a few years.