These Are All The Best History Documentaries On Netflix

Greg Smith
These Are All The Best History Documentaries On Netflix May 1, 2018 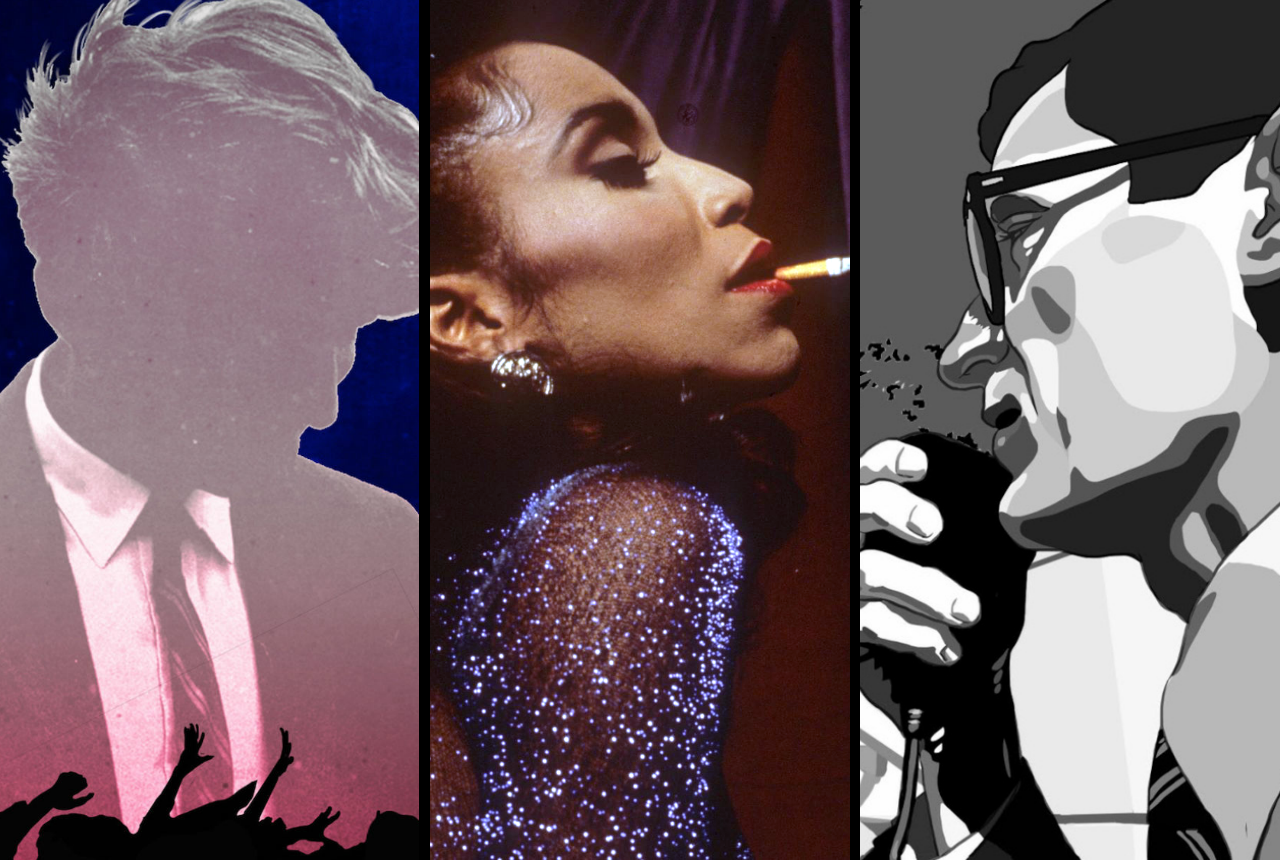 What are the best history documentaries Netflix has?

Look, we get it. When you boot up Netflix after a long day, you usually want comfort food. But then there are those days when you – dare we say it? – want to learn something. And when those days happen, Netflix has a litany of historical documentaries at your disposal. These works are insightful, educational, and just as gripping as any season of Breaking Bad. Plus, you get to sound like a smarty the next time you hang with your friends. So without further ado, it's time to turn your TV into a time machine. It's time to check out the best history documentaries Netflix has to offer.

See, Mom? Watching trashy action movies is good for you. In some ways, that's the thesis at the center of Ilinca Călugăreanu's documentary. It tells the story of Nicolae Ceaușescu, the corrupt Communist leader of Romania who was eventually overthrown in the 1980s. The cause of this coup? Illegally importing action flicks from America. How on earth are they related? Watch the doc to find out.

In 1992, Los Angeles erupted in a hotbed of violence. How did it get to such a place? John Ridley, a filmmaker known for incendiary provocations of race in America, examines every piece of social dynamite set off, piece by piece. The work, mammoth in its scope, garnered a rare 100% on Rotten Tomatoes.

In eight episodes, Captive explores different real-life hostage situatinos that happened throughout history, with terrifying, procedural detail. The series boasts a variety of stylized filmmaking techniques -- something like Errol Morris meets Michael Bay. It also forces the viewer to find a sense of understanding with the kidnappers profiled. Doug Liman, best known for fiction films like The Bourne Identity, created the show.

What the hell happened in the Vietnam War? If you watch Last Days In Vietnam on Netflix, you may not have a clearer answer. But you will see, with unprecedented access to figures like Henry Kissinger, just how chaotic the entire conflict really was. When does following orders become a moral crisis?

She's Beautiful When She's Angry examines the essential work performed by feminist activists in the 1960s and 1970s. The director, Mary Dore, was actively involved in the Women's Liberation Movement. She told the Huffington Post, "A lot of young women come up after screenings and talk to us, and say 'I didn’t know didn’t know any of this, this is so meaningful'".

Did you know that, during the thick of World War II, British filmmakers attempted to make a documentary about the horrors of Nazi concentration camps? The film, titled German Concentration Camps Factual Survey, was eventually abandoned. It wasn't finished until many years after the war, by scholars and historians. Night Will Fall shows us every piece of this puzzle.

How did our nation get to a place of such violence? Where mass shootings occur with grim regularity? Tower, a uniquely animated documentary, tells the story of one of our nation's first of these events: the 1966 University Of Texas shooting. It's equal parts horrifying and inspiring. Its thesis statement is unfortunately relevent today: Make these acts stop.

Prince Philip: The Plot To Make A King

Nobody wanted Philip Schleswig-Holstein-Sonderburg-Glücksburg to be a member of British royalty. He had Nazi relatives, for goodness' sake. And yet, he became a Prince. How? Thanks to this surprisingly suspenseful documentary, you can see the various machinations put into motion from Lord Mountbatten, Philip's powerful uncle.

World War II was a time of national sacrifice, where every citizen did their part to fight the good fight. That included five renowned American filmmakers, including Frank Capra and John Ford. Five Came Back shows us why these directors flew overseas to make documentaries. It also features interviews with contemporary filmmaking masters, including Steven Spielberg and Guillermo del Toro. Plus, Netflix is streaming every wartime work these filmmakers made.

In Nuremberg, Germany, after the end of World War II, several Nazis met justice. For an entire year, the International Military Tribunal tried several high-ranking Nazi officers for their crimes against humanity. Nuremberg: Nazis On Trial presents these proceedings, cutting between archival footage and well-portrayed reenactments.

Karl Marx City is a personal documentary, made about co-director Petra Epperlein's hometown. Karl-Marx-Stadt, located in a Berlin-Wall-still-very-much-structurally-intact East Germany, was designed to be a showcase of communist ideals. Instead, it was a terrifying police-state of constant surveillance and invasions of privacy. Epperlein even interviews her family members to try and understand why this happened.

Best Of Enemies: Buckley vs. Vidal

In 1968, one of America's most turbulent years, noted thinkers Gore Vidal and William F. Buckley, Jr. went on television and debated each other. It was supposed to be a fair and civil exchange of competing ideals. It was, instead, an increasingly personal affair, with ad hominem insults hurled regularly. This documentary draws a direct line between these debates and the folks we see on cable news every day.

What if Robert F. Kennedy, brother to John F. Kennedy, had won the presidency in 1968? This absorbing, four-part documentary gives us an idea of what Kennedy could have done. His platforms and personality were equal parts idealistic and complicated. His life was tragically cut short. But, as this doc argues, his legacy lives on.

Loved Hidden Figures? Want more tales of inclusion and feminism in NASA? Check out Mercury 13, the story of 13 women who were trained to fly into space. Ultimately, these women were not chosen. But the fight they put up resulted in landmark national decisions being made about gender discrimination in the workplace.

If you want the definitive, comprehensive guide to any major American event, the Ken Burns name will never lead you astray. While he didn't direct this one (that honor belongs to Stephen Ives), his gentle, thorough, poignant approach is seen throughout The West. Try and hear some of your favorite actors perform real words from the American west and keep your eyes dry. We dare you.

We do not deserve Tom Hanks. America's dad continues to bless us with works like The Seventies, an extensive look at a tumultuous decade produced by Hanks' company Playtone. Each episode focuses on a different point of cultural change, including television, feminism, and Watergate. Sock it to me!

The Untold History Of The United States

Oliver Stone does not have a reputation for being sensitive. He's the guy whose fiction films constantly ruffle feathers and poke at American culturual lowpoints, from Natural Born Killers to JFK. Naturally, his documentary series The Untold History Of The United States continues in this controversial, incendiary mold. The work is divided by presidencies, using clips from popular films to illustrate provocative points.

Hanks is at it again. If you liked The Seventies, you'll like The Eighties, which applies its predecessor's approach to the Me decade. This series directly builds upon The Seventies. Its first episode, profiling a burgeoning generation saturated with television, is in dialogue with The Seventies' television episode.

If you like RuPaul's Drag Race, you owe it to yourself to see the foundation of the culture. Paris Is Burning is an essential documentary, both celebratory and poignant. It surveys the drag ball scene in 1980s New York with a sensitive eye, alternating between fiery performances and honest interviews.

Don't watch this documentary series unless you're prepared to get, like, really angry. Dirty Money shows us, with various episodes in history, how the love of money motivates people in the highest positions of power to do horrible things to everyone around them. The final episode focuses on a certain president of the United States whose name rhymes with Chump.

Ken Burns' The Civil War is the gold standard for historical documentaries. With a series of slow pans across sepia-toned photos, Burns lays out every element of the war in plain, human detail. And if you don't have time to watch the entire 11-hour series, you should at least check out the beautiful piece of music, "Ashokan Farewell".

The final piece in the Ken Burns-Netflix triptych, Prohibition spends nearly six hours dissecting America's great social experiment of outlawing alcohol. It's an atypically critical piece of work from Burns and co-director Lynn Novick. The series lays bare America's base hypocrisies and moral double standards, arguing we've still got a lot of work to do.

Ava DuVernay has something to show you. Her astonishing documentary 13th takes you through a distinctly American history of institutionalized racism. Through interviews and dissections of notable moments in history, starting with the 13th amendment that supposedly outlawed slavery, DuVernay makes the point that our modern-day prison-industrial complex is, in fact, modern-day slavery.