Harvey Shepherd
The Best Martial Artist Of Our Time – Things To Know About Bruce Lee July 29, 2019Leave a comment 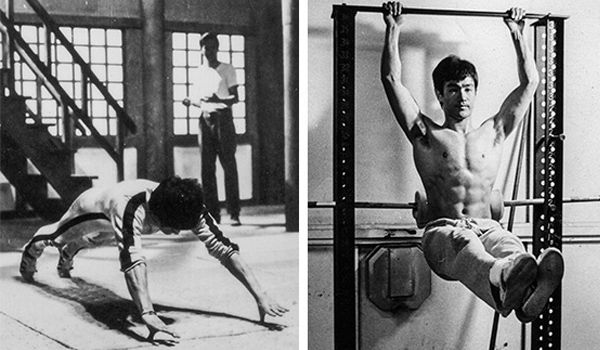 Bruce Lee is the most famous and also the most skilled martial artist to ever live and no one can deny that. All expert martial artists are saying that Bruce Lee was just on another level that no one has ever come close to. However, achieving such a high level when it comes to martial arts wouldn't be possible if Bruce Lee didn't dedicate his life to combat sports. This is why he is unique. With that said, today we are going to share with you the top 20 Bruce Lee pictures that show us just how amazing he was.

This picture shows us just how strong Bruce Lee was. Even though he had lean muscle, this didn't mean that he couldn't use brute force when he needed to.

What many people don't know about Bruce Lee is that he always wanted to make movies and not only about martial arts. He was younger than 18-years-old in this picture and he starred in a Chinese film.

One of Bruce Lee's most famous moves was the tiger claw which can be seen in the picture featured above. If there is something that we can be sure about, then it has to be that no one wanted to get hit by the claw.

What makes Bruce Lee great is the fact that he wasn't just amazingly skilled at combat. He was always a fountain of wisdom and he has some incredible quotes that you can check out below.

The martial artist's most famous quote is "Be like water, my friend". What this means is that we should all learn how to adapt to circumstances and to "keep up with the flow". Somewhat similar to "improvise, adapt, overcome".

Bruce Lee was not always the good guy in movies. One of the first movie roles that he ever took was one of a young thug. This movie was released during the mid-1960s in Los Angeles.

As we are sure everyone knows by now, Chuck Norris is also a famous martial artist. Bruce Lee and Chuck Norris met each other on the set of "The Way of the Dragon" back in 1972.

Bruce Lee didn't just practice all day long, he also studied all night. This is his handwriting and it shows how the martial artist studied weak points in the human body.

One of the things that Bruce Lee is most famous for is for bringing martial arts to the United States. This picture shows us one of his demonstrations that took place at the Washington University.

Even though Bruce Lee might not seem like a funny guy, he actually loved to have a good time. This is him sketching on the set of "Game of Death".

Bruce Lee believed that if you want to succeed in martial arts and generally in combat, then you should build lean muscle. Heavyweights will do nothing but slow you down!

Even though Bruce Lee didn't spend all his time lifting weights, this doesn't mean that he was weak. In fact, Bruce Lee was so strong that he could throw a man back five feet with only one punch!

When asked what is the secret behind his immense success, Bruce Lee gave the following advice to everyone: "Be happy, but never satisfied".

Even though Bruce Lee was only a teenager when this picture was taken, he was already one of the best martial artists in the world. The fact that he was trained by the famous Master IP also helped.

This is Bruce Lee with his son, Brandon Lee. Brandon Lee became an actor that specialized in martial arts just like his father and unfortunately, he passed away at a young age.

As we can clearly see in this picture, Bruce Lee's core strength was amazing. His training partner helped him by dropping the heavy medicine ball on his abdomen. No wonder that punches did no damage to Bruce Lee.

Even though mastering nunchucks is very difficult because you will probably get hit for a bunch times, this is one of the first Bruce Lee trained with when he was young.

The reason why Bruce Lee's son wanted to follow in his father footsteps is becuase he was on a similar level when it came to martial arts. After all, he had a great master.

Bruce Lee was also a great model for young kids from all over the world. He wanted to teach them important life values such as discipline through martial arts.

1. The Key To Immortality

There are many famous Bruce Lee quotes, but the one that we want to leave you with is "The key to immortality is first living a life worth remembering".