Camila Villafane
One Man Managed to Steal Over $17 Million in Cash and Walked Away Without a Penny January 6, 2020Leave a comment 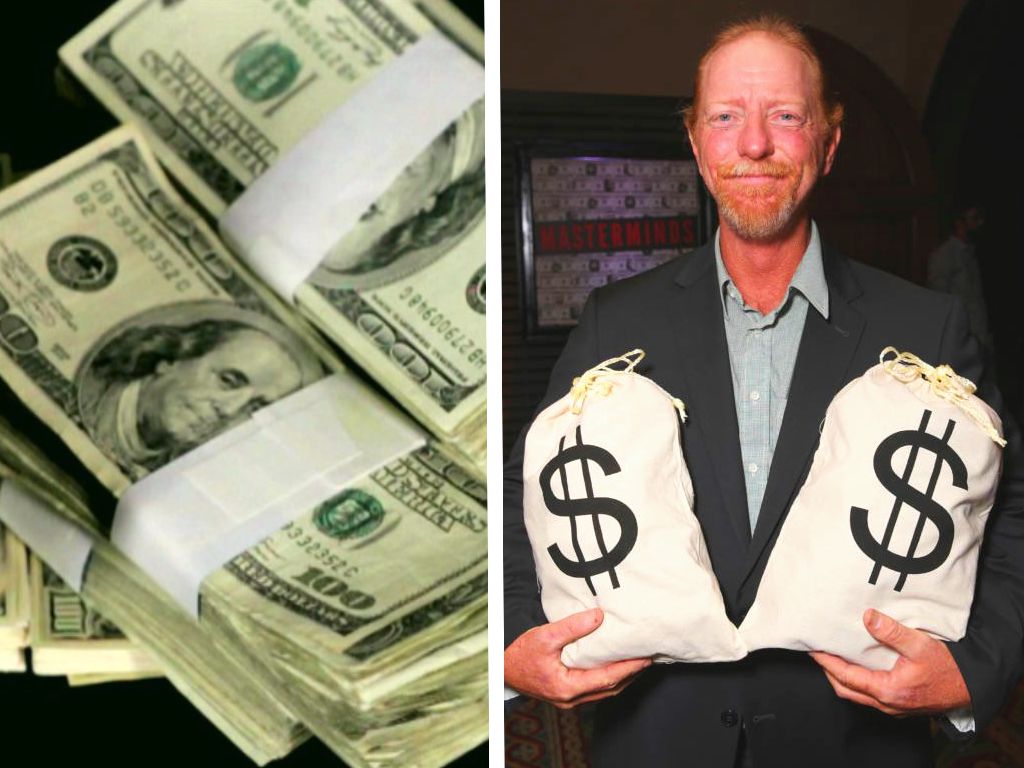 Loomis Fargo & Co. is synonymous with the armored cars that transport large amounts of cash between banks in Charlotte, North Carolina. The armored vehicles were designed to deter thieves from stealing the money, but no one realized that the real threat came from within the company, until it was too late...

Being a Supervisor Didn’t Pay Well

David Ghantt was the vault supervisor for Loomis, Fargo & Co. armored cars in 1997. It didn’t take him long to realize that fancy titles like supervisor didn’t necessarily come with a great wage. But, with the help of his new co-worker, he was about to change that.

He Handled Money, But He Was Broke

Ghantt worked for a company that was in charge of transporting large wads of cash from one bank to the next in North Carolina. So, he was used to seeing millions of dollars day in and day out. Unfortunately, his personal account was dry, but it wouldn’t be for long.

He Was Overworked and Underpaid

Everyone has a breaking point, even Ghantt, and it was easy to see why. He was working between 75 and 80 hours a week, but was only earning a measly $8.15 per hour. But his earnings, or lack thereof, wasn't the only tipping point that led him to do what he did.

He Wanted to Change His Unhappy Life

Ghantt didn’t have a regular home life because he spent most of his waking hours working. Almost every moment of his life was spent thinking about his job. This quickly made him really depressed and unhappy. For years he put up with his strenuous schedule without ever considering doing something extreme to change his life. It was only a matter of time before he snapped.

The Line Between Good and Evil Blurred

Whenever a dark thought crept into his mind, he reminded himself that he was a Gulf War veteran, and soldiers didn’t cause trouble. They stopped it. So, the thought of breaking the law was pretty much unthinkable for someone like him. But he soon changed his tune when he met his new co-worker.

A New Co-Worker Made Him Stray

What kept him in check was the fact that he was married, but his vows went out the window the day he met Kelly Campbell. She was a fellow Loomis Fargo employee who reportedly became his love interest when they worked together. Campbell and Ghantt seemed to have a pretty intense connection. But that connection took a sour turn when she later took him down a dark path.

Campbell eventually left Loomis Fargo, but allegedly continued her relationship with Ghantt. One day, she met up with Steve Chambers, an old friend of her's who was also a small-time crook, and he had a crazy idea that would later involve Ghantt.

He Wanted a Drastic Change in His Life

Ghantt told the Gaston Gazette that he wanted to make a major change in his life. “I was unhappy with my life. I wanted to make a drastic change and I went for it,” he said. But drastic was the understatement of the year!

He Turned on His Employer

As a disgruntled employee, Ghantt was open to anything, even if it meant turning against the very company that had provided him with steady work for many years. That's when Campbell and Chambers came up with a risky plan and shared it with Ghantt. And he listened to every word.

This Plan Was No Joke

Most employees talk about how they would love to get back at their bosses for being unfair or paying them nothing. Even Ghantt himself had joked about it with his fellow Loomis Fargo employees from time to time, but what Campbell and Chambers proposed was no joke.

He Felt Entitled to Do It

Every fiber of his being told him that their plan was wrong and that he shouldn’t get involved. But there was a little voice inside of himself that pushed him to go for it so he could live the life he deserved. After wrestling with his consciousness, he just went for it. But following his gut-feeling would backfire quickly.

He Started Plotting The Heist

Ghantt had made up his mind. He was tired of being the nice guy. He had worked himself to the point of exhaustion, and the financial compensation wasn’t enough. He believed it was time to get some of the money he deserved, so he started plotting a heist with Campbell and Chambers.

They Loaded the Cash into the Van

On October 4, 1997, Ghantt waited in the vault where cash was kept until his shift was over. Then he let Campbell and Chambers in, and the three of them loaded the company’s armored van with over 2,000 pounds of cash. The total amount was $17 million, although some newspapers reported it was $15 million at the time. But in the end, Ghantt didn’t walk away with nearly that much.

“My cut was supposed to be about $5 million, but that’s not what I ended up with,” Ghantt told the Gaston Gazette. Instead, he took a flight to Mexico with about $25,000. But he had made one major slip up which would end up costing him his freedom.

Ghantt Made a Major Mistake

Ghantt had forgotten to disable one of the four cameras in the cash vault during his heist. The morning after the crime, Loomis Fargo employees called the cops because they couldn’t open the vault. Because Ghantt was the only employee who didn’t show up to work, he became a suspect right off the bat.

They Couldn’t Carry All the Money

Two days after the heist, authorities found the van used by the criminals with $3 million still inside, along with the stolen security camera tapes. It turns out that the thieves couldn’t carry all of their loot, so they grabbed what they could and fled. The police soon found out that catching them wouldn't be difficult at all.

Their Spending Habits Gave Them Away

Chambers and his wife Michele moved out of a trailer and into a mansion almost immediately after the heist, which was a dead giveaway that they were involved in something shady. Shortly after their move, Chambers' wife asked her bank teller how much money she could deposit into her account without alerting the feds, and as you can imagine, that was a red flag that caught the police's attention.

Ghantt Was Broke and Asked for Help

Michele's bank teller was suspicious and reported the incident to her boss immediately after realizing that the cash still had Loomis Fargo wrappers on it. Meanwhile, Ghantt was chillaxing on a beach in Cozumel, Mexico by himself, but he soon blew all of his money and had to turn to Chambers for help.

Ghantt Was Targeted by a Hitman

Chambers was annoyed when Ghantt asked him for more money, so he sent a hitman to Mexico to kill Ghantt. In a bizarre turn of events, the hitman took pity on Ghantt and the two became friends. But, Ghantt’s new friendship was interrupted by the FBI.

Authorities Caught Up to Them

In March 1998, the FBI traced a call from Ghantt’s phone and he was arrested in Mexico. The next day, Chambers, his wife, and their other accomplices were arrested, too. But Ghantt didn’t get the worst of it...

Ghantt Had to Pay for What He Did

Ghantt was sentenced to seven and a half years behind bars, but was released on parole after five years. Chambers served eleven years before being released. But authorities had a tough time recovering all of the money from the infamous heist.

He Had Two Jobs After Prison

Almost all of the money from the heist was recovered except for $2 million. Meanwhile, Ghantt took a job in construction after his release and tried to get back his life on track. He also became a consultant for the 2016 film, “Masterminds,” which was based on his infamous bank heist. But there was a reason that he wasn’t paid for his contribution to the film.

He Owed a Lot to the IRS

Since he owed millions to the IRS, he couldn’t legally be paid and because he worked in construction, there was no way he could pay all that money off using his salary alone. But he's not upset. When he thinks of the hitman Chambers sent after him, he is glad he’s not lying six feet underground! Today, he's grateful to have a new lease on life.

He Didn’t Think He Was Ever in Danger

“I don’t think he ever really meant to harm me. He was doing what the rest of us were doing— making bad decisions,” Ghantt told the Gaston Gazette about Chambers. But if you asked him if it was all worth it, he’d still say yes, despite the outcome.

He Has No Regrets

In the end, his time in prison gave him the epiphany he needed to find his happily ever after. He told the Gaston Gazette, “If I hadn’t done what I did, the life I have now with my wife and child, I wouldn’t have. So, I guess I have no regrets.”