Bizarre-Looking ‘Kittens’ Found, But The Vet Had a Surprise for Their Rescuer

Matthew Loffhagen
Bizarre-Looking ‘Kittens’ Found, But The Vet Had a Surprise for Their Rescuer October 9, 2018 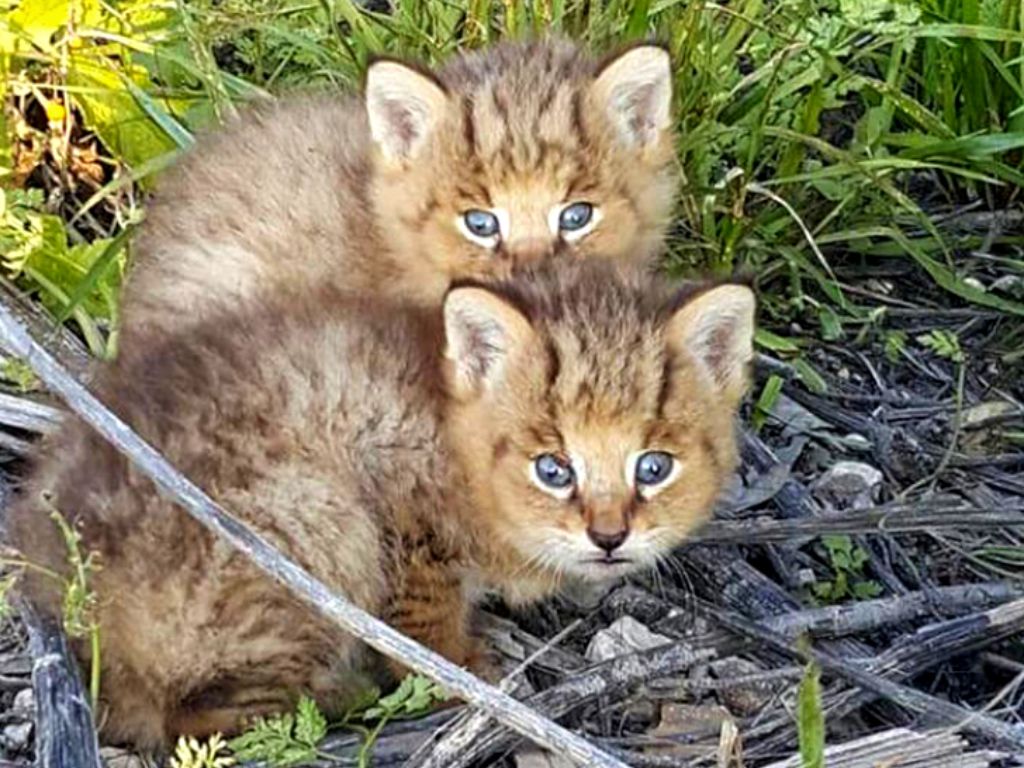 Teenager Hamdan Shibli spotted a trio of kittens by the side of the road. He took it upon himself to rescue the sweet little kittens. But Shibli couldn't have prepared himself for what the vet had to say to him after he brought them in...

Nobody knew how things would turn out. If the vets couldn't convince the kittens to drink enough formula milk, they might not survive. Even with the formula, if their condition was too poor, they might not make it.

Cats are a very common sight in many parts of the world, but some cats are rarer than others. When a teenager found a trio of unusual looking kittens by the side of the road, he was completely unprepared for what he'd discovered.

Hamdan Shibli is a teenager living in Israel. Like many teens, he documents a lot of his life on social media, which is how he managed to find a very unexpected discovery.

One day, Shibli noticed something unusual on the side of a busy road. In spite of himself, his curiosity got the better of him, and he stopped to get a closer look.

Nestled in the shrubs by the roadside were three tiny kittens. Shibli thought this was strange, as he couldn't spot their mother nearby. Plus, they didn't look like typical housecats.

These cats' markings looked very strange. Their large ears and stripes suggested that they might not be ordinary cats at all. Shibli took a few photos to ask his friends online whether anyone recognized this breed.

Concerned for their safety, Shibli picked up the cats and moved them further away from the road. If their mother was out there somewhere, she'd still be able to find them, but they'd be better off waiting a little further from the traffic.

Shibli's friends agreed that these didn't look like regular cats. When he returned to the spot and discovered that they were still there, he knew he had to do something to help them.

Up close, Shibli realized that these cats were in worse shape than he'd realized. They were malnourished and covered in parasites, and one kitten kept shaking uncontrollably. He knew they needed serious medical attention, and fast.

A Job For the Professionals

Shibli took the cats to a vet, who immediately began treating them. Because of their condition, nobody was sure whether or not they would survive.

Sadly, the kitten that had been shaking didn't survive. Two days after Shibli retrieved it from the side of the road, it died. Now, the fight to keep the other two cats alive felt even more serious.

In spite of the cats' poor health, the vets worked tirelessly to try and stabilize them. Shibli visited regularly to check in on them, but there wasn't much he could do except wait.

The Cat That Got The Cream

The cats were just five weeks old, and required milk from their mother to survive. In the absence of appropriate cat milk, the vets fed the kittens a special formula mix to try and help them grow bigger and stronger.

Nobody knew how things would turn out. If the vets couldn't convince the kittens to drink enough formula milk, they might not survive. Even with the formula, if their condition was too poor, they might not make it.

Thankfully, the two remaining kittens were able to pull through. Bit by bit, they got stronger, and more comfortable drinking formula milk. They began to put on weight and seemed to be on the mend.

Before long, the kittens grew big enough to eat meat. This was an important step, as it meant that they were learning to feed themselves.

But the vet had a big surprise for Shibli. It turned out that he'd been right - these were no ordinary kittens. While they looked like housecats, they were something far more rare.

Bizarre-Looking Kittens Found, but the Vet Had a Surprise for Their Rescuer

The kittens were jungle cats, an endangered species that had been having a really rough time recently. They're often mistaken for the similar lynx, but their numbers are in far greater decline.

Jungle cats are a protected species with a global population of around just 600. In spite of this, many farmers treat them as pests, shooting them on sight if they come looking for a meal.

Cats in Need of Care

Even people who try to look after the cats are hurting their populations. Like Shibli, many humans find wild jungle cats and assume at first that they're housecats. But unlike Shibli, these humans don't necessarily act with the cats' best intentions in mind.

Jungle cats can be costly to feed. Many people who domesticate them as housepets then get frustrated with their constant need for food, and eventually set them loose into the wild. Sadly, unable to fend for themselves, these cats often don't survive.

Going To The Zoo

Thankfully, Shibli's cats are getting the care and attention they deserve. Once they grew big enough, they were transfered to the erusalem Biblical Zoo, where they were placed in a specialized enclosure.

The cats were set up with a special camera array to monitor their progress, in order to limit their contact with humans. The keepers set up a plan to return them to the wild, once they grew big enough to fend for themselves.

The Day is Saved

Shibli's act of kindness towards three little kittens that he spotted on the side of the road seems like a small thing, but he was able to save members of an endangered species that need all the help they can get. Next time you see a cat on the street, it's worth making sure that it's well fed!